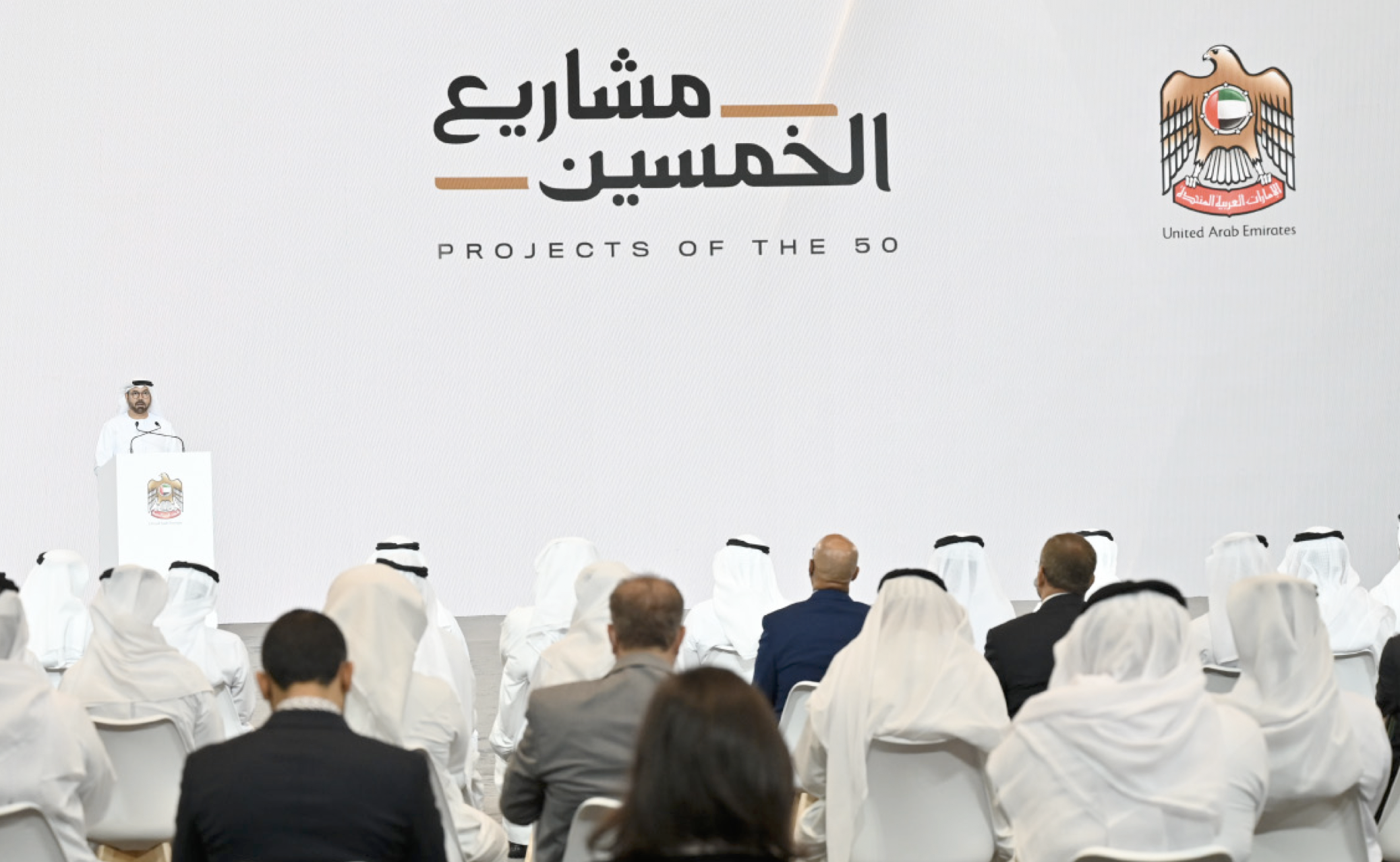 The UAE Government today announced 13 new schemes to encourage 75,000 Emiratis to work in the private sector over the next five years.

As part of the Projects of the 50 initiatives, officials unveiled ‘Nafis’, a federal programme to increase the number of Emiratis employed in the private sector from 2 per cent to 10 per cent.

Nafis consists of 13 projects and development initiatives at a total cost of Dh24 billion. These include a salary support scheme that offers up to Dh5,000 per month for five years; a Dh1 billion fund dedicated to supporting graduate students and their start-ups; and unemployment benefits, among others.

Mohammed Al Gergawi, the UAE Minister of Cabinet Affairs, announced the second set of plans under the Projects of the 50 initiative at the Qasr Al Watan Presidential Palace on Sunday.

Revealing the programmes, Al Gergawi said: “The projects announced today (Sunday) are closely associated with two important principles on which the ‘Projects of the 50’ are based. The second principle, which states building an active economy is a top national priority, and the fourth principle, which affirms that the main driver of development is human capital.”

Al Gergawi added that the UAE continues to draw inspiration from the late Sheikh Zayed bin Sultan Al Nahyan, the Founding Father of the UAE.

“He said, ‘Our people are far more important than factories.’ The tree he planted continues to bear fruit and his foundational principles continue to be upheld by his sons. On this note, we believe, development is based on a robust human resource,” Al Gergawi said.

With the initiatives launched under Nafis, private sector companies will be able to build the Emirati contribution to their workforce over time.

1. Emirati Salary Support Scheme: UAE nationals will be offered a one-year salary support of up to Dh8,000 per month to incentivise the recruitment and training of graduates in private sector companies. A monthly support of up to Dh5,000 will be paid for up to five years.

2. Merit Programme: This programme provides UAE nationals with a Dh5,000 top-up on their existing salaries. It is limited to workers in specialised fields, including nurses, accountants and financial auditors, commercial lawyers, financial analysts and coders.

3. Pension Programme: A subsidised five-year government-paid contribution on the company’s behalf against the cost of pension plans for Emirati staff and full support for the Emirati’s contribution across the first five years of their employment.

5. Apprentice Programme: This programme is a train-to-hire initiative to build vocational training for Emiratis in private and semi-private companies with a range of financial awards across a number of business sectors.

6. Graduate Fund: A Dh1 billion fund is to be dedicated towards giving microloans to final-year university students and fresh graduates to support them in exploring new business start-ups.

7. National Healthcare Programme: This educational grant programme will target the development of 10,000 Emirati healthcare workers within the coming five years. The programme will roll out a graduate healthcare assistant programme, a higher diploma in emergency medicine and a bachelor’s degree in nursing.

The programme will be supported and led by Fatima College of Health Sciences and the Abu Dhabi Centre for Technical and Vocational Education and Training.

8. The Private Sector Child Allowance Scheme: The first childcare allowance in the Emirates, the scheme is monthly grant made to Emirati staff working in the private sector of up to Dh800 per child up to a maximum of Dh3,200 per month to help with the costs of childcare until the age of 21.

9. Unemployment Benefit: Emiratis working in the private sector, who lose their jobs due to circumstances beyond their control, will be given a six-month period to find another position.

10. The Start-up Break: Two new programmes are aimed at encouraging Emiratis with established careers in Federal Government to join the private sector. The Startup Break initiative will begin in 2022 and provide a subsidized career break for Emiratis in Federal Government positions to start a business of between six to 12 months, covering 50 per cent of the employee’s salary.

Alternatively, they can elect to receive a lump sum golden handshake payment. Both schemes will be open to a limited number of employees each year with employer approval.

12. Recruitment Targets: Private sectors in the UAE must employ at least 10 per cent of Emiratis over the next five years.