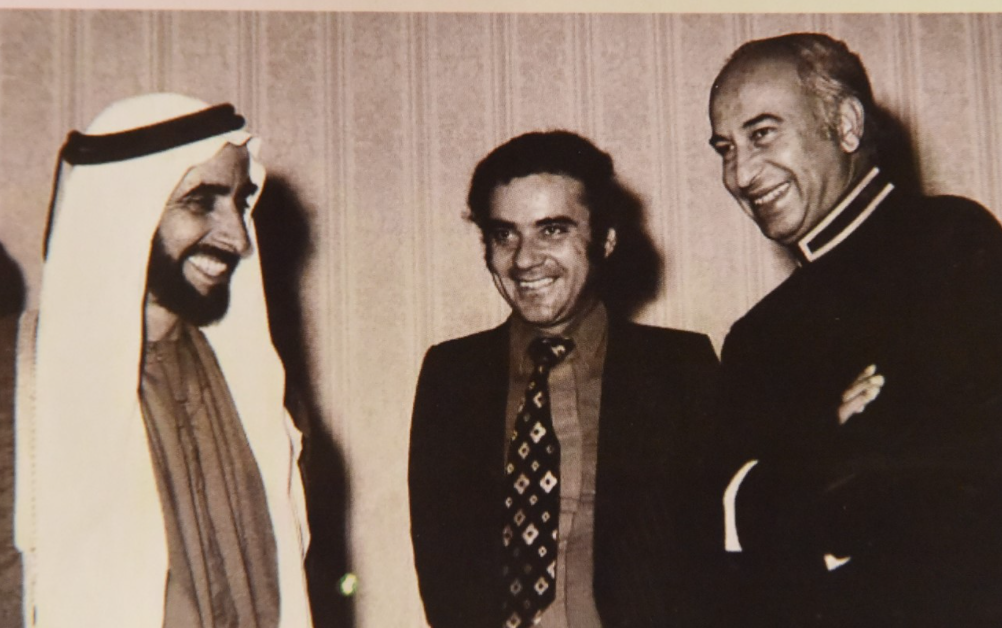 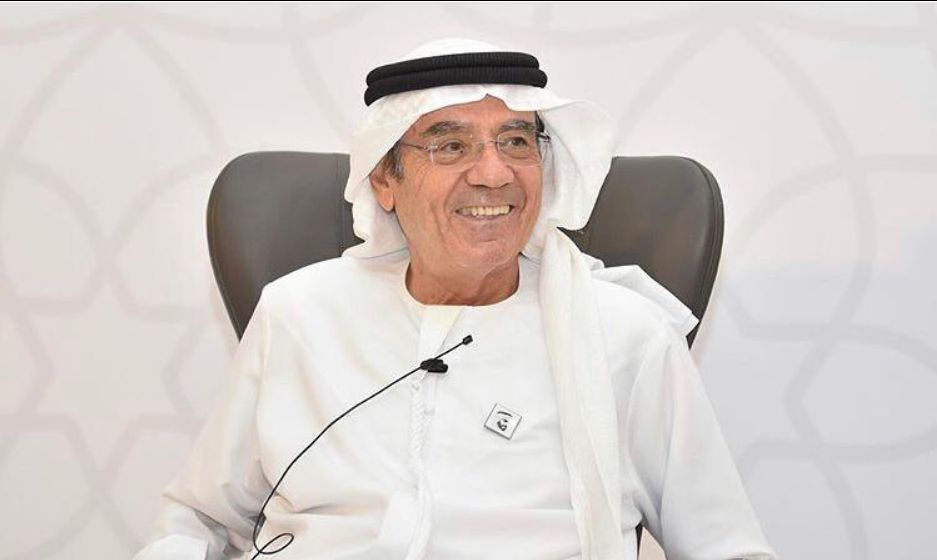 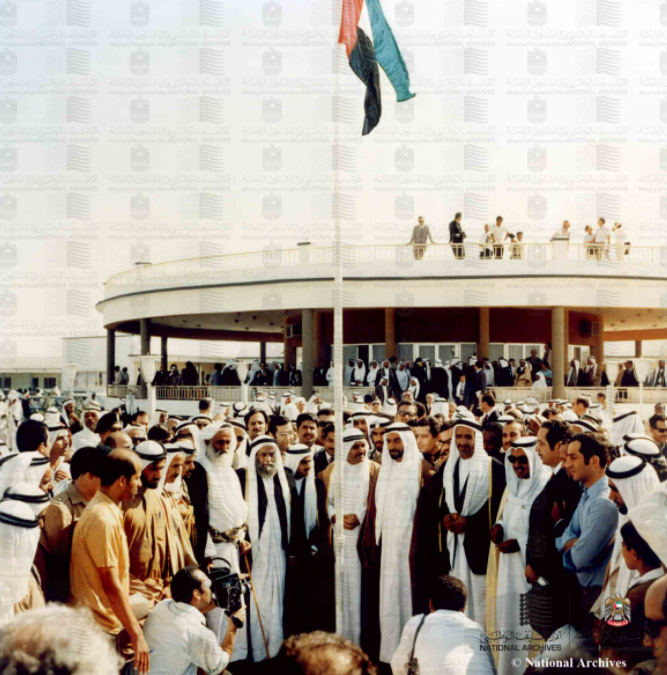 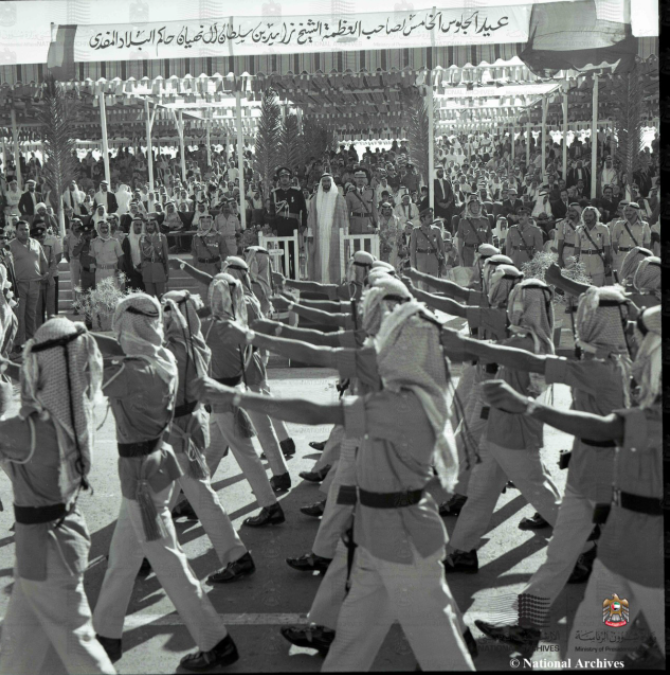 
In Jumeirah 1, Dubai, today, the Etihad Museum (formerly known as Union House) stands at the intersection of 2nd December Street and Jumeirah Street. This location is pivotal to the UAE’s history, as it’s the precise location where the Rulers of the Trucial States congregated on December 2nd, 1971 to proclaim the establishment of a new, unified nation; a move that was to change the course of this country forever.

The moment was the culmination of four years of negotiations led by the late Sheikh Zayed bin Sultan Al Nahyan who pursued with zeal to unite his brothers, the Rulers of the Emirates.

A man who had the honour to share this historical moment of joy with the Founding Father was Zaki Nusseibeh, who three years earlier had been appointed as Sheikh Zayed’s official interpreter and grew to become a close advisor.

“Sheikh Zayed was elated,” Nusseibeh said, describing the mood during the proclamation of the Union. He said Sheikh Zayed recognised that the moment was merely the beginning of the efforts required to secure the nation and ensure it achieved its anticipated regional role.

“The work to create the infrastructure required for competent statehood and development was formidable,” Nusseibeh explained. “It was imperative to create institutions and systems that would secure and prepare the next generation.”

One year later, during the first anniversary celebrations, “it was noted that Sheikh Zayed had tears of joy in his eye as he watched the gatherings of young and old parading together proudly as Emiratis under the flag of a Federation,” Nusseibeh recalled.

Zayed’s efforts only intensified from then on as the UAE entered a new phase of radical economic, social, and cultural changes. With Nusseibeh by his side, offering his earnest council, the Founding Father expanded his efforts to form bridges and strengthen relationships with nations around the world.

Nusseibeh, now 75, was born in the multicultural land of Jerusalem. A cosmopolitan city, which was open and liberal, and where the three Abrahamic faiths intersected. During his upbringing, his parents instilled in him a passion for literature, poetry, and humanity with values like acceptance of others, love for his community and the importance of public service.

In 1967, following his graduation from the University of Cambridge, England, he took a chance trip to Abu Dhabi, then less than 45,000 residents. In 1968 he was working as a correspondent for foreign news agencies and was asked to interpret a live interview with Sheikh Zayed for British TV. It was soon after that Nusseibeh began his work as Zayed’s official interpreter, kickstarting his tireless career to support and nurture the growth of the young nation which he would become a citizen of and call home.

His dedication to the nation can be felt in a statement he once made, that his coming to the UAE was inevitable in order “to fulfil my destiny”.

Through the evolution of the UAE, Nusseibeh has held numerous posts, acting as the voice of change in many instrumental institutions. From the inaugural Director of the UAE Federal Ministry of Information to Minister of State at the Ministry of Foreign Affairs and International Cooperation and now serving as Cultural Advisor to President His Highness Khalifa bin Zayed Al Nahyan.

Nusseibeh remarked: “Sheikh Zayed learnt from every country that he visited. He brought home the very best ideas to adapt and serve national development.”

There have been ministry departments established to continue the direction of Sheikh Zayed. Nusseibeh said that the Office of Public and Cultural Diplomacy in the Ministry of Foreign Affairs, which he contributed in establishing, “enables an active foreign policy focused on weaving the bonds of friendship through cultural exchange. It is based on the idea that culture and art have a unifying force.”

Nusseibeh said of Sheikh Zayed: “He regarded museums, galleries, and exhibition centres as important institutions – as landmark architectural features of the urban environment, and centres of cultural exchange, dialogue, and preservation.”

These thoughts resonate to this day with Nusseibeh and have invariably acted as a guiding philosophy as he has been instrumental in the UAE’s burgeoning arts and culture scene and the strengthening of the country’s foreign relations.

“The UAE cultural environment is integral to the sustainable development of the nation. Initiatives that strengthen our creative industries, art, music, books and performance venues, and the training and promotion of artistic talents – these are all woven into our economic and social development strategies,” Nusseibeh explained.

“The Louvre Abu Dhabi is a key element in the UAE cultural strategy to focus global interest on the cultural environment of the region.”

He expressed pride in his role in Abu Dhabi’s achievement of bringing the museum to Abu Dhabi, “creating the first universal museum in the Middle East.”

Sheikh Zayed’s dedication to higher education was materialised in 1976 with the opening of the United Arab Emirates University. As the first university in the UAE, Sheikh Zayed opened the doors to its nation’s future leaders. It is here that Nusseibeh also is appointed as Chancellor. “Our graduates now serve in leadership positions, including as university professors advancing learning, knowledge, and practical expertise. I am inspired by their talents and glad to participate in the development of a university vision that will address the next 50 years to meet the needs of the nation,” he said.

Furthermore, Nusseibeh played a role in bringing the Sorbonne University to Abu Dhabi, and said that having international universities establish campuses here, including New York University Abu Dhabi, are needed “in order to benefit from their intellectual traditions and use them to strengthen our own, which greatly enriches the higher education environment of the UAE".

Nusseibeh noted that some of the moments he is especially proud of “The proclamation of the Union in 1971, the opening of the Louvre Abu Dhabi in November 2017, and the launch of the Hope Probe to Mars in 2020.” While not stated, it can be presumed that he is also proud of receiving one of the UAE’s highest honours, as he was bestowed the Order of the Union in 2021 for his many years of cultural and diplomatic efforts in the service of the UAE.

Carrying the spirit of the last 50 into the next 50

As we celebrate the Golden Jubilee, Nusseibeh remarks that the UAE “was built through conviction, cooperation, and determination… and the next fifty years it will be essential to continue investment in our rich cultural and educational environment and globally recognised institutions of higher learning, artistic institutions, communities and events.”

Nusseibeh believes that the sustainable development of a nation is an ongoing project and that the challenges of development into the future are of a different dimension to those in 1971.

Nusseibeh closed with a message for coming generations to not become complacent about the future of their nation or the stability of their environment. “They must create, innovate, and learn throughout life. They must find the energy and commitment demonstrated by the first Emiratis. And, like Sheikh Zayed, they too must remain resolute and optimistic of success.”