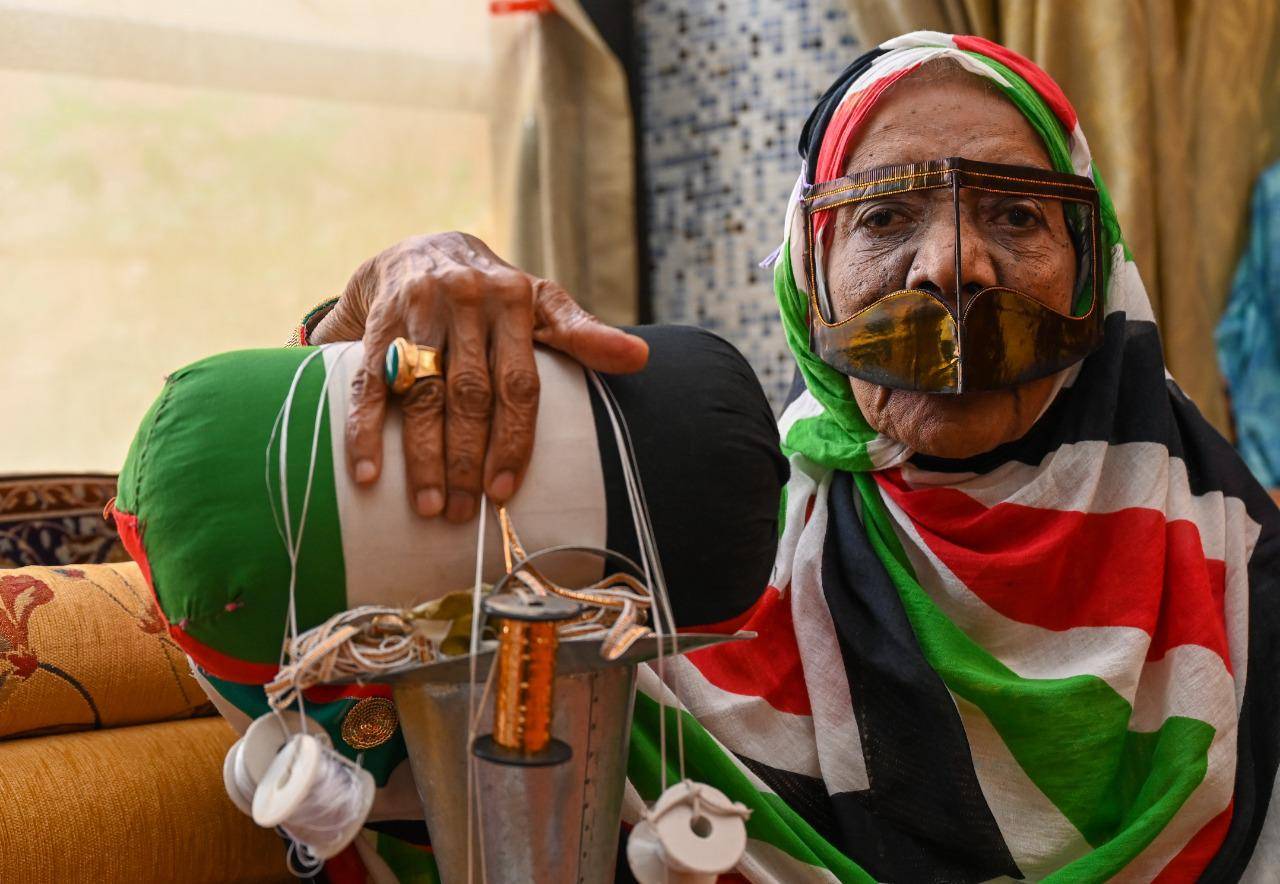 Zuleikha Sayed Abdul Raheem recalls though her earliest memories of living under the then Sheikhdom and just how different life was back then.


Zuleikha Sayed Abdul Raheem was born in Abu Dhabi in the first half of the 20th century. She cannot tell you exactly when, as birth records were not yet standardised.

She recalls though, ever so fondly, her earliest memories of living under the then Sheikhdom led by Sheikh Shakhbut bin Sultan Al Nahyan and just how different life was back then.

This was some thirty years before the seven Emirates came together to form the UAE. Those were the days when living in a tent and riding donkeys for miles to fetch water were typical, and a charcoal hob was the extent of your kitchen.

“Back then, we did not have buildings and houses like now … multi-storey homes like you see today. We used to live in tents near (Qasr Al Hosn)," said Zuleikha, who is almost 80 years old.

With no modern amenities, Zuleikha admitted, life in a tent was challenging. “It was very hot, and we didn’t have air conditioners, and no electricity. We used lanterns. We placed coal on a hob and cooked that way.”

Sheikh Shakhbut bin Sultan Al Nahyan ruled Abu Dhabi from 1928 to 1966 — before the benefits of the discovery of oil in 1964 could be realised and the metropolis we know now was built.

People of Abu Dhabi lived a life that was deeply touched and improved by the Ruler’s generosity, Zuleikha said.

“We used to visit Sheikh Shakhbut’s palace to dig for water. We would ride our donkeys to collect water and fill the drums with water. It was a very simple life.”

The water they extracted was used for drinking, bathing, and cooking. "It was very salty but that’s what we had."

Furthermore, with containers in hand, people would visit Sheikh Shakhbut’s palace every afternoon. They would line up to receive food, she said. “He would give out foods like rice, onions, and spices. He was very generous. All our Sheikhs were always very generous.”

She went on to recall the days after the late Sheikh Zayed bin Sultan Al Nahyan assumed rule from 1966. She was around 25 years old then.

Zuleikha recalled that the beloved leader used to be a common sight throughout Abu Dhabi, greeting people and handing out money to those in need. "He was generous to everyone. He (Sheikh Zayed) used to stop by homes to greet people. There was always a sense that our rulers cared about how we were doing,” she added.

“Following Sheikh Zayed’s rule, everything became good, everything developed. He built houses, roads, gave people farms, lands, and houses. He only wanted the best for his fellow Emiratis. And this desire for the nation still continues under the President, His Highness Sheikh Khalifa bin Zayed Al Nahyan.”

The art of Telli

Zuleikha, who is a mother of four, is also a member of the General Women’s Union and supports the organisation through her passion for the ‘telli’ - a traditional embroidery technique of the UAE. It is created by weaving strands of thread together into intricate patterns, creating a braid to embellish garments.

She said she still enjoys doing telli and recites poetry while doing so as it feels therapeutic. She has even been teaching her nanny, Lily, 58, from the Philippines - who has been with her for 30 years - the art of the telli.

Zuleikha with her helper, Lily. - Photo by Ryan Lim

“It’s my hobby now, too,” Lily noted with affection, as she demonstrated her skills, beaming proudly.

Lily made two metres of telli, which she said will be applied to the collars and sleeves of abayas - much of which is donated to the General Women’s Union for use in various exhibitions.

Leaving her tent for a house

In addition to handing down the teachings of the craft of telli, Zuleikha carries on a family tradition of distributing food to the community.

About 50 years ago - around the time Zuleikha moved from the tent she knew to the house she now inhabits - her family started giving out food daily to whoever lined up. In the same house, she has continued in the footsteps of the early leaders in showing generosity to all.

The daily offering has changed little from the time it started. Zuleikha and her family would distribute laban (yoghurt drink) to those who lined up. During Ramadan, the household would expand the offering to include harees (a dish made of wheat and meat), biryani and dates.

“We used to welcome up to 300 people at times, all lining up outside the gate. People from everywhere. Different members of the community. Everybody is welcome here. This is ‘baba's’ legacy," Lily said.

Five cooks would prepare up to 50kg of harees a day and eight people would do the packing, including Lily.

“However, in the last two years, we stopped because of Covid-19. But people still stop by and ask about our harees.

"Our Sheikhs taught us this – care in giving has been instilled in us from a young age," Zuleikha noted. “This is in keeping with the Emirati way of life. We want to keep the Emirati traditions alive. It's what we learned from our Sheikhs, that if we receive good, we return good.”

Zuleikha concluded with her belief that the future looks bright for the UAE for the next 50 years. "It is developing so much year on year … I cannot imagine the amazing things it will reach."