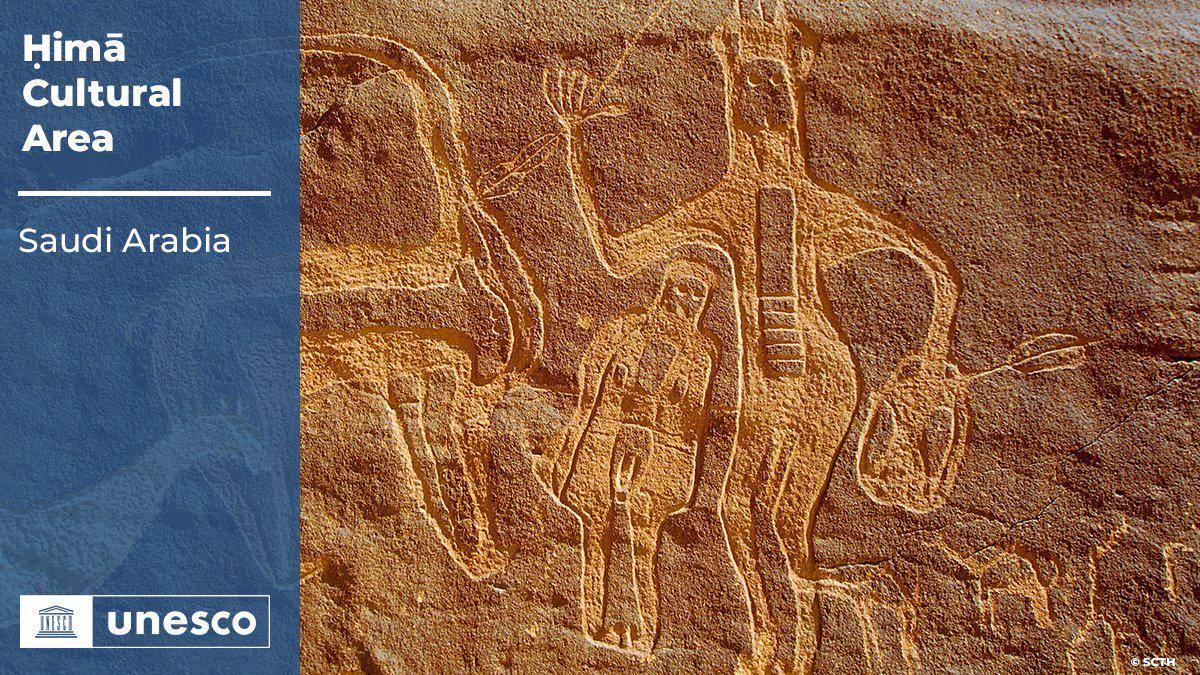 Hima features more than 34 separate sites including rock inscriptions and wells along the route of the ancient Arabian caravans.


A sixth site in Saudi Arabia has been added to Unesco’s world heritage list, the UN organisation announced on Saturday.

Hima, in the Gulf state’s southwest, is home to one of the largest rock art complexes in the world.

Hima features more than 34 separate sites including rock inscriptions and wells along the route of the ancient Arabian caravans.

The kingdom has a “rich heritage (of) human civilisations. Efforts have borne fruit in making it known to the world,” it quoted him as saying.

SPA said Hima was a conduit for caravans on the trade and Haj routes to and from the southern parts of Arabia.

“People who passed through the area between pre- and post-historic times have left behind a substantial collection of rock art depicting hunting, wildlife, plants, symbols, and tools used at the time, as well as thousands of inscriptions,” the news agency said.

SPA said the wells in the area are more than 3,000 years old and were considered a vital source of fresh water in the vast desert of Najran province.

“They still serve fresh water to this day,” it added.

Other Unesco sites in Saudi Arabia include rock art in the Hail region and historic Jeddah.

In 2019, Riyadh announced that for the first time it would grant tourist visas for those wishing to visit Saudi Arabia.

Previously, the country was open only to businessmen and Muslim pilgrims visiting the holy cities of Makkah and Madinah.