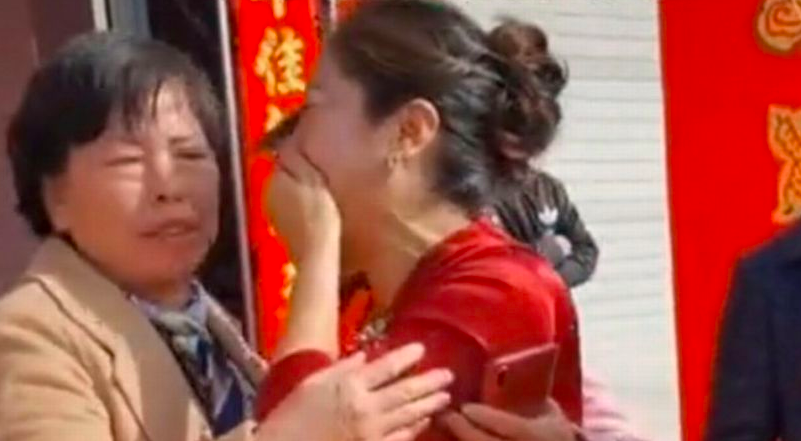 The wedding went on as planned.

In a moment that seems scripted for a Bollywood movie, a woman who was at her son's wedding realised that the bride-to-be was actually her long-lost daughter.

At the wedding taking place in Suzhou, Jiangsu Province, China, the woman identified the girl from the birthmark on her hand. She then asked the bride's parents if the girl had been adopted, according to reports in Chinese media.

The family was at first taken aback at the question, since they had kept this fact a secret all these years. However, they later revealed that they had found the girl by the roadside a long time ago.

The bride, who burst into tears upon hearing this news, described the moment as being "happier than the wedding day itself".

Thankfully, the wedding went on as planned as the groom's mother revealed that she had adopted the boy after giving up on all hope of finding her daughter.