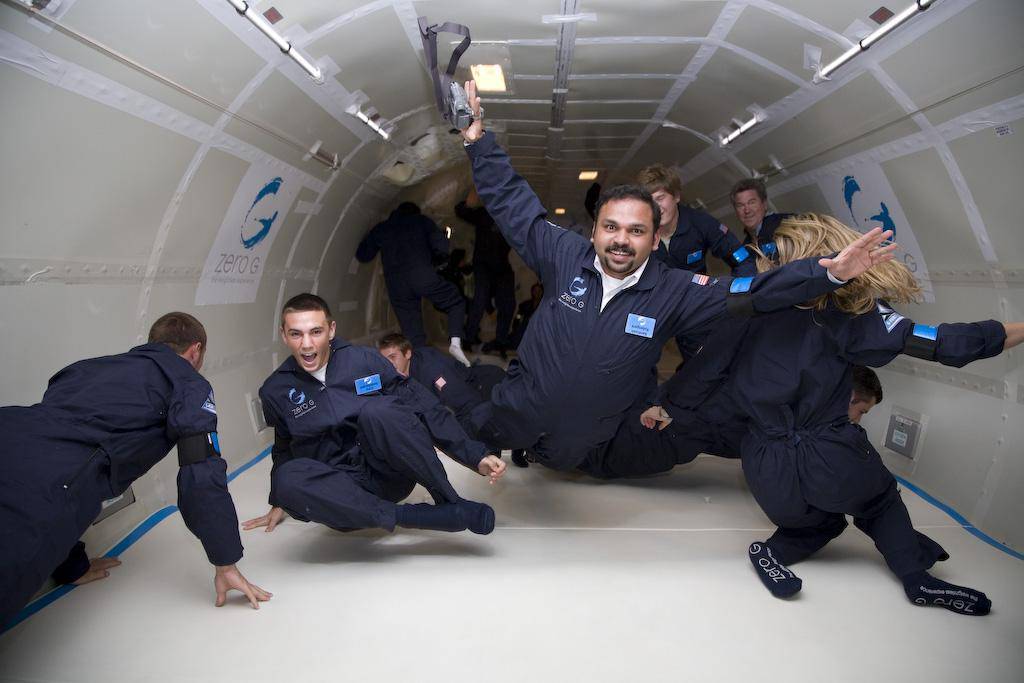 Santhosh George Kulangara during a training session in 2011. — Supplied photo

Is Dh900,000 worth to splurge on travel? Well, if you are 49-year-old Santhosh George Kulangara, a media entrepreneur based in Marangattupally in India’s Kerala’s Kottayam district, megabucks aren’t a deterrent in powering his travel dreams.

Kulangara, a self-confessed globetrotter, who has travelled to 130 countries around the world — and some, including China, several times — had bought into British billionaire Richard Branson’s ambitious Virgin Galactic mission way back in 2007, when the space mission was, at best, dismissed as a pipe dream.

Now, weeks after the mission was launched in early July and a few initial hiccups later, Kulangara is all set to have been selected as the first Indian to explore space as a tourist.

He is likely to go on a space odyssey either at the end of this year, or early next year. “I’m not quite sure about the exact date, as only four persons are allowed on each mission. However, I know for sure that I’m the first and the only Indian to be on the Virgin Galactic mission,” Kulangara, who owns Labour India, a publishing house, and Safari TV, a channel dedicated to travel and exploration, told Khaleej Times.

Kulangara, who took to globe-trotting armed with a video camera in 1997, is an intrepid Malayali’s “inner eye” to the world at large, and has been an ardent advocate of space tourism for long.

As the global population inches towards the eight-billion mark at a rapid clip, the Keralite solo-traveller said “colonisation of other planets and space tourism are a logical conclusion in the near future”.

He could vividly recall how he got interested in Branson’s path-breaking concept.

“I was on a trip to the United Kingdom in 2005, when I saw a newspaper advertisement that was put out by Branson, inviting the public to join his company’s space tour. Immediately, I got hooked on the idea and corresponded with his company. There was the usual Indian red-tapism that delayed the process. But finally, I signed up as the first space tourist from India in 2007,” he said.

He felt that Branson’s maiden trip in July was a fitting reply to doubting Thomases and sceptics. “Not too many people believed me when I took the plunge in 2007. However, over time, the naysayers have been made to eat the humble pie. I’m at the cusp of a momentous occasion, as history was made in front of our eyes in early July and more such touristy space odysseys are being lined up in quick succession,” he added.

He said the enormous sum — Dh900,000 plus additional costs for training and miscellaneous expenses — are worth every penny.

He had already travelled to southern California’s Mojave desert, where he had a tête-à-tête with Branson.

“You pay for the experience, which is hard to come by. Conventional wisdom be junked because if followed the beaten path, then I wouldn’t be able to produce even a single episode of Sancharam, my travel show, which has crossed over 1,500 episodes,” said Kulangara, a rolling stone, who did not allow any moss to grow beneath his feet.

He had undergone extensive training a decade ago that had evaluated whether he was medically fit for the mission.

Fortunately, he had cleared all tests, including a zero-gravity training to make an aspiring space tourist feel weightless for a few seconds. Besides, the G-tolerance training was equally taxing as a human body weight was increased by six times and all the liquid in the system was sucked out.

Kulangara, who doesn’t believe in earning money is a route to material possession, travels light and cheap. He has stuck to his innate belief since his maiden trip to neighbouring Nepal in 1997.

However, a few countries and regions such as Amazon rainforests in South America are on his bucket list. Neither has he been to the Kingdom of Saudi Arabia, Iran and Democratic People’s Republic of Korea, or North Korea.

And like a man-about-town Malayali, who understands the bang for the megabucks, he managed to convince the Virgin Galactic authorities to make him shoot on his space odyssey.

He is clear in his mind that he wants the public back home to be able to watch the unique sights and sounds of his space travel.

It promises to be a Sancharam like no other.