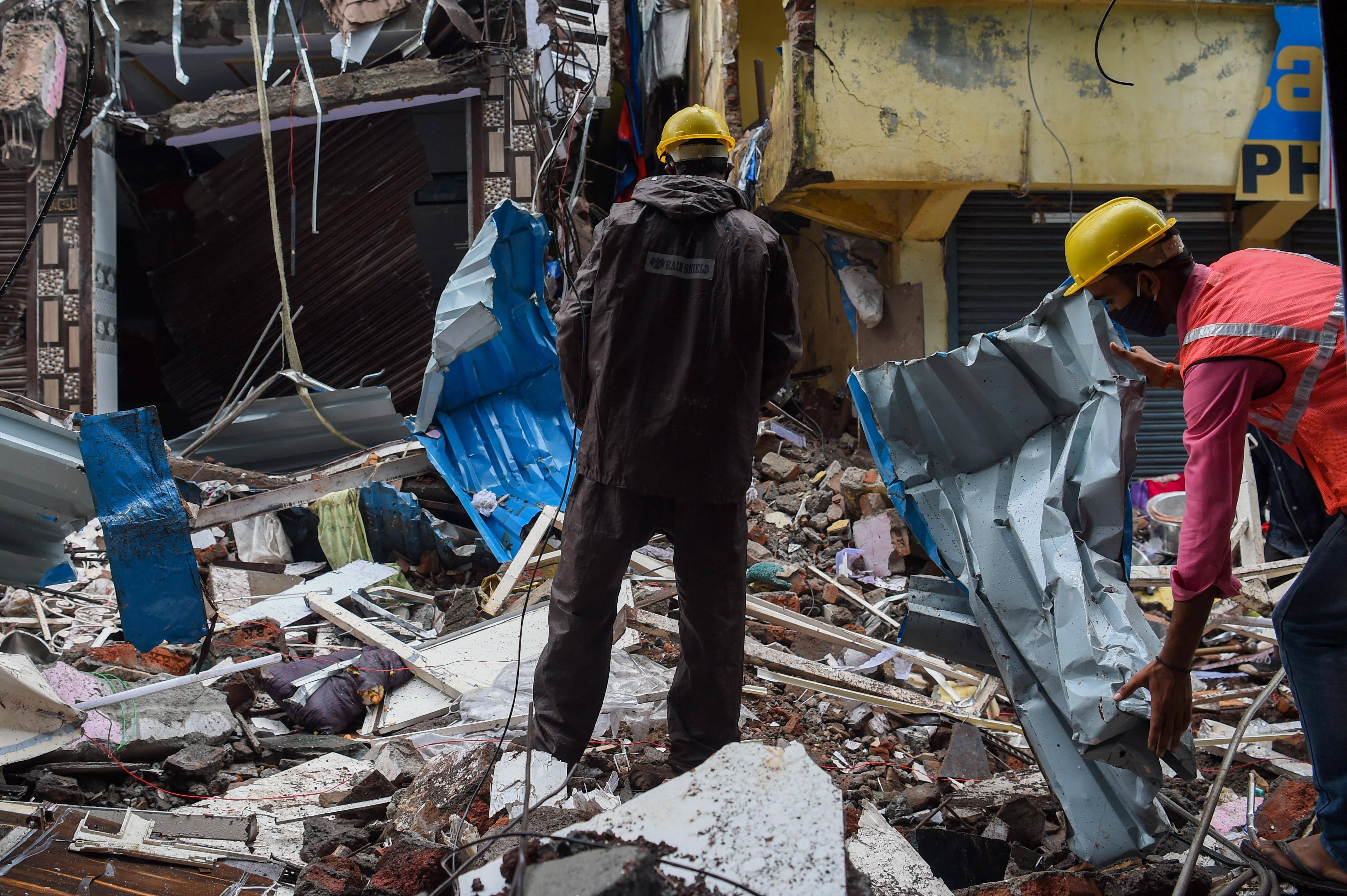 Rescuers in India waded through knee-deep mud and debris Saturday in a grim search for survivors as the death toll from heavy monsoon rains climbed to 79, with nearly 100,000 others evacuated.

Torrential downpours have lashed India’s western coast in recent days, leaving dozens missing near the financial capital Mumbai and causing the worst floods in decades in the resort state of Goa.

A landslide in the hillside village of Taliye, south of Mumbai, left just two concrete structures standing, flattening dozens of homes in a matter of minutes, witnesses told AFP.

“It happened so quickly,” said Dilip Pandey, who saw the disaster unfold on Thursday evening.

“There was a huge whooshing sound and the village just collapsed,” he told AFP.

Emergency workers spent hours trying to find survivors, but only pulled out bodies, to the dismay of weeping relatives, with the landslide accounting for nearly half the 76 monsoon-related deaths recorded in Maharashtra state.

“People have lost virtually everything,” said Goa’s health minister Vishwajit Rane, pointing out that the state, which borders Maharashtra, had not seen such heavy rains in half a century.

Goa’s floods were its worst in decades, according to its chief minister Pramod Sawant, who said the monsoons had caused “widespread damage” but no casualties.

Heavy rains also caused flooding in many regions of the southwestern state of Karnataka, killing three people and sparking the evacuation of 9,000, officials said.

Eight landslides were reported including one that derailed a train. Forecasters issued a red alert for coastal areas, predicting three more days of deluge.

But climate change is making monsoons stronger, according to a report from the Potsdam Institute for Climate Impact Research in April.

It warned of potentially severe consequences for food, farming and the economy affecting nearly a fifth of the world’s population.

Roxy Koll, a climate scientist at the Indian Institute of Tropical Meteorology, said the latest flooding was “unprecedented, but not unexpected”.

“We already see a threefold rise in widespread extreme rains that cause floods across India,” he tweeted.

In Maharashtra, the hillside resort of Mahabaleshwar saw nearly 60 centimetres (23 inches) of rain in a 24-hour period to Friday morning, the most it has ever recorded, reports said.

The downpour caused the Savitri river to burst its banks, leaving the town of Mahad completely inaccessible by road, and prompting terrified residents to climb onto rooftops and upper floors to escape swelling waters.

Rescue teams and military units worked frantically to evacuate stranded people but their operations were hampered by landslides blocking roads, including the main highway between Mumbai and Goa.

Water levels rose to nearly 20 feet (6 metres) on Thursday in areas of Chiplun, south of Mumbai, after 24 hours of uninterrupted rain submerged roads and homes, cutting off access to the town.

Naval rescue teams equipped with rubber boats, life jackets and lifebuoys were sent to the affected areas, along with specialist divers and a helicopter to airlift marooned residents.

Nearly 90,000 people have been evacuated in Maharashtra so far.

India’s weather bureau has issued red alerts for several regions in the state and forecasts heavy rainfall to continue for the next few days.

Four people died before dawn on Friday when a building collapsed in a Mumbai slum, authorities said.

The incident came less than a week after at least 34 people lost their lives when several homes were crushed by a collapsed wall and a landslide in the city.