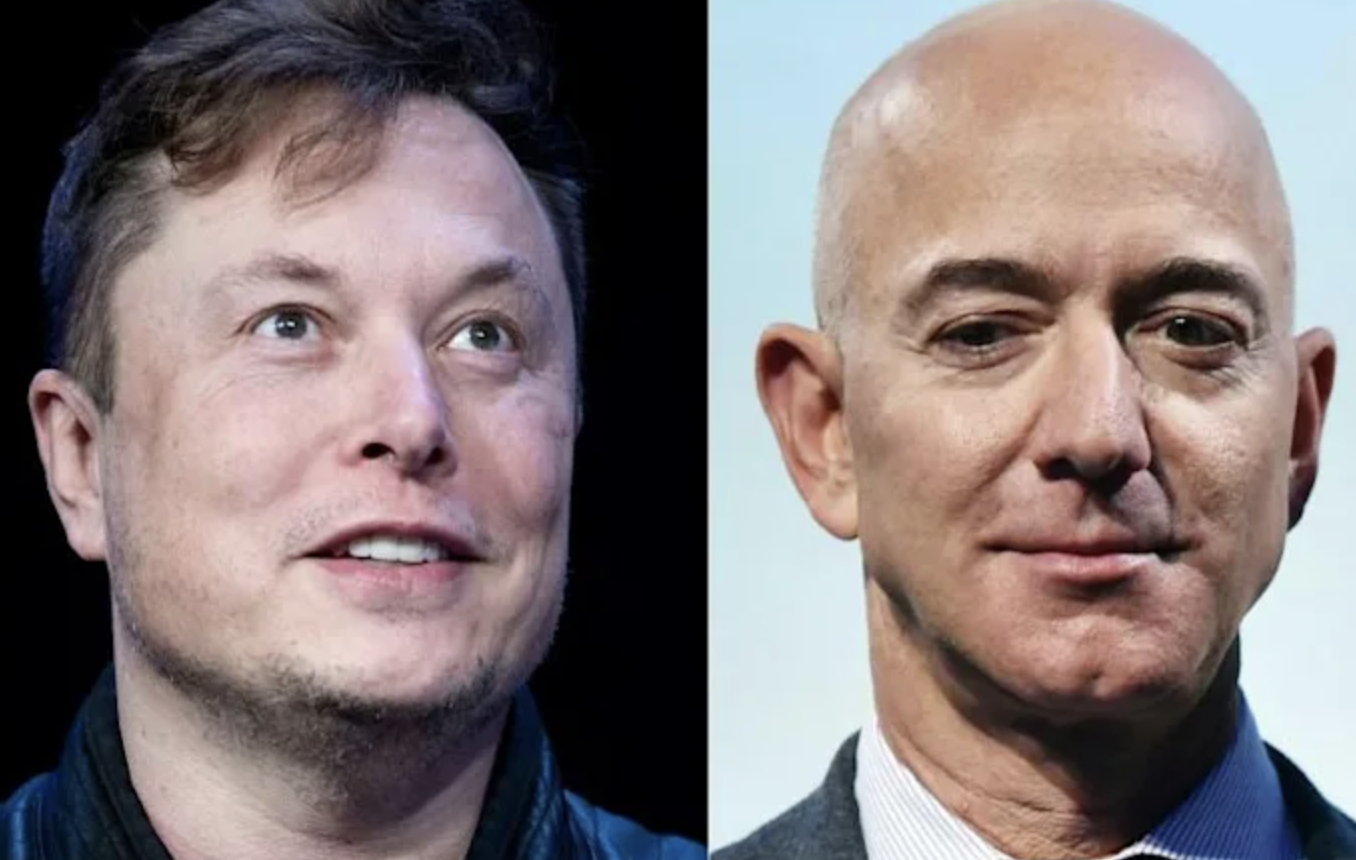 The tech entrepreneurs have each channelled some of their vast fortunes into private space exploration companies since early this century.


Even the Milky Way seems too small to keep the egos of tech billionaires Jeff Bezos and Elon Musk from colliding as they vie to conquer space.

Musk aimed low with a recent tweet saying “can’t get it up (to orbit)” in response to a post about Bezos-founded space company Blue Origin protesting Nasa's choice of Musk’s SpaceX team to build a module that will land the next US astronauts on the moon.

“This is more than just a battle for space,” said Wedbush analyst Daniel Ives. “There is some ego at play as well; this has become even more personal.”

The tech entrepreneurs have each channelled some of their vast fortunes into private space exploration companies since early this century.

Bezos, 57, is founder of Blue Origin as well as of e-commerce colossus Amazon. Forbes ranks him the richest person on this planet, worth some $202 billion.

Musk, the colourful 49-year-old founder of Tesla and SpaceX as well as other companies, including one working to mesh human brains with computers, is in third place with a worth of $173 billion, according to the ranking.

Dreams of private companies taking to the stars — instead of leaving such wonders to governments — have developed into projects to deploy networks of satellites providing wireless internet service and for space tourism.

While SpaceX and Blue Origin have the benefit of founders with ample financial resources, they also compete for contracts with US military or space agencies.

Musk has a clear lead over Bezos.

SpaceX has deployed hundreds of satellites into orbit, while a Kuiper satellite network remains Earth-bound despite Bezos pledging $10 billion in backing.

Musk even formed an alliance with Microsoft, which is Amazon’s biggest rival in the cloud computing market, to use its Azure platform to provide satellite-powered internet service, the companies announced late last year.

Microsoft said it will also work with SpaceX on a government contract to build satellites as part of a defense system capable of detecting and tracking ballistic, cruise and hypersonic missiles.

Separately, the US Department of Defense last year awarded a $10 billion “JEDI” cloud computing contract to Microsoft instead of Amazon.

Amazon has alleged it was shut out of the deal because of a vendetta against the company and Bezos by former US president Donald Trump.

NASA has developed confidence in SpaceX, which has been trusted to shuttle supplies and astronauts to the International Space Station, according to Foundation for Strategic Research space specialist Xavier Pasco.

Bezos has been left to challenge SpaceX in court here on planet Earth.

Even the Milky Way seems too small to keep the egos of tech billionaires Jeff Bezos and Elon Musk from colliding as they vie to conquer space https://t.co/fqMh5wDX0J pic.twitter.com/HpgVajoZEQ

He announced early this year that he is stepping down as chief executive of Amazon and planned to spend more time on other projects including Blue Origin.

Bezos has cited the futuristic vision of late physicist and space advocate Gerard O’Neill, but has mocked Musk’s talk of colonizing Mars.

Bezos has made it clear he thinks the red planet is not a spot for a home.

“Do me a favor, go live on the top of Mount Everest for a year first, and see if you like it — because it’s a garden paradise compared to Mars.”

The rivalry between Bezos and Musk comes with out-of-this-world financial stakes.

Analyst Ives predicted that the “monetization” of space would launch in earnest soon, with trillions of dollars to be made.

“Bezos and Musk know that the winner of the space battle will be crowned within the next one or two years,” Ives said.