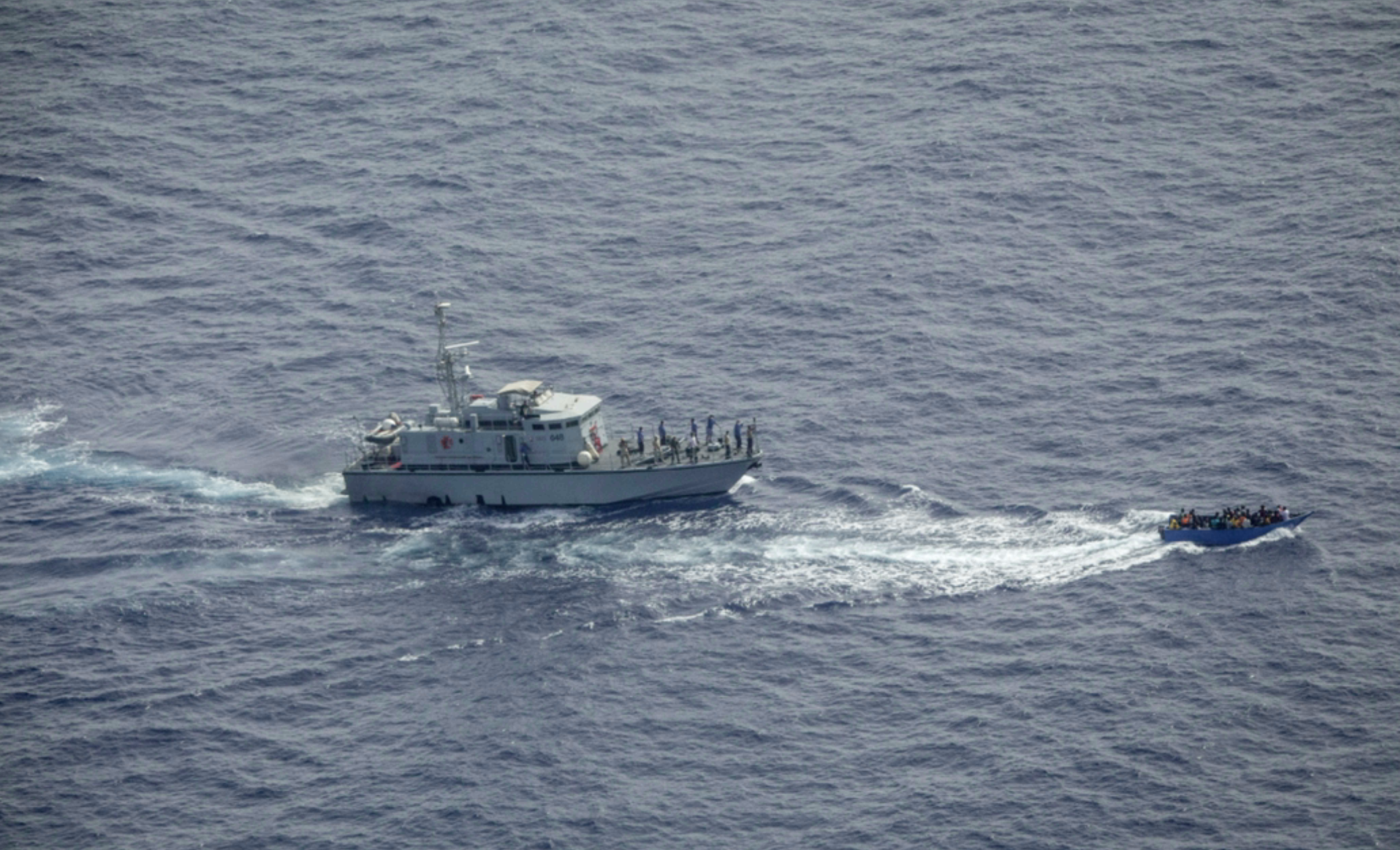 An overcrowded migrant boat, right, tries to escape from the Libyan Coast Guard in the Mediterranean Sea. — AP

The vessel left the western coastal town of Khums on Sunday, Safa Msehli, a spokesperson for the International Organization for Migration, said.

She said there were at least 75 migrants on board, including women and children.

Eighteen of the migrants were rescued and returned to shore by fishermen and Libya’s coast guard, Msehli said.

The survivors, who are from Nigeria, Ghana and Gambia, reported the vessel had stopped due to an engine problem, then capsized amid bad weather, Msehli said.

The capsizing was the latest disaster in the Mediterranean Sea involving migrants seeking a better life in Europe.

There has been a spike in crossings and attempted crossings from Libya in recent months. Amnesty International has said that in the first six months of this year, more than 7,000 people intercepted at sea were forcibly returned to detention camps in Libya.

Libya has in recent years emerged as the dominant transit point for migrants fleeing war and poverty in Africa and the Middle East. The oil-rich country plunged into chaos following a Nato-backed uprising that toppled and killed long-time autocrat Moammar Gadhafi in 2011.

Rights groups and officials at UN agencies that work with migrants and refugees have for years cited survivor testimony about systematic abuse in detention camps in Libya. These include forced labour, beatings, rapes and torture. The abuse often accompanies efforts to extort money from families before migrants are allowed to leave Libya on traffickers’ boats.