WKND Essay: Does Naomi Osaka have feet of clay? 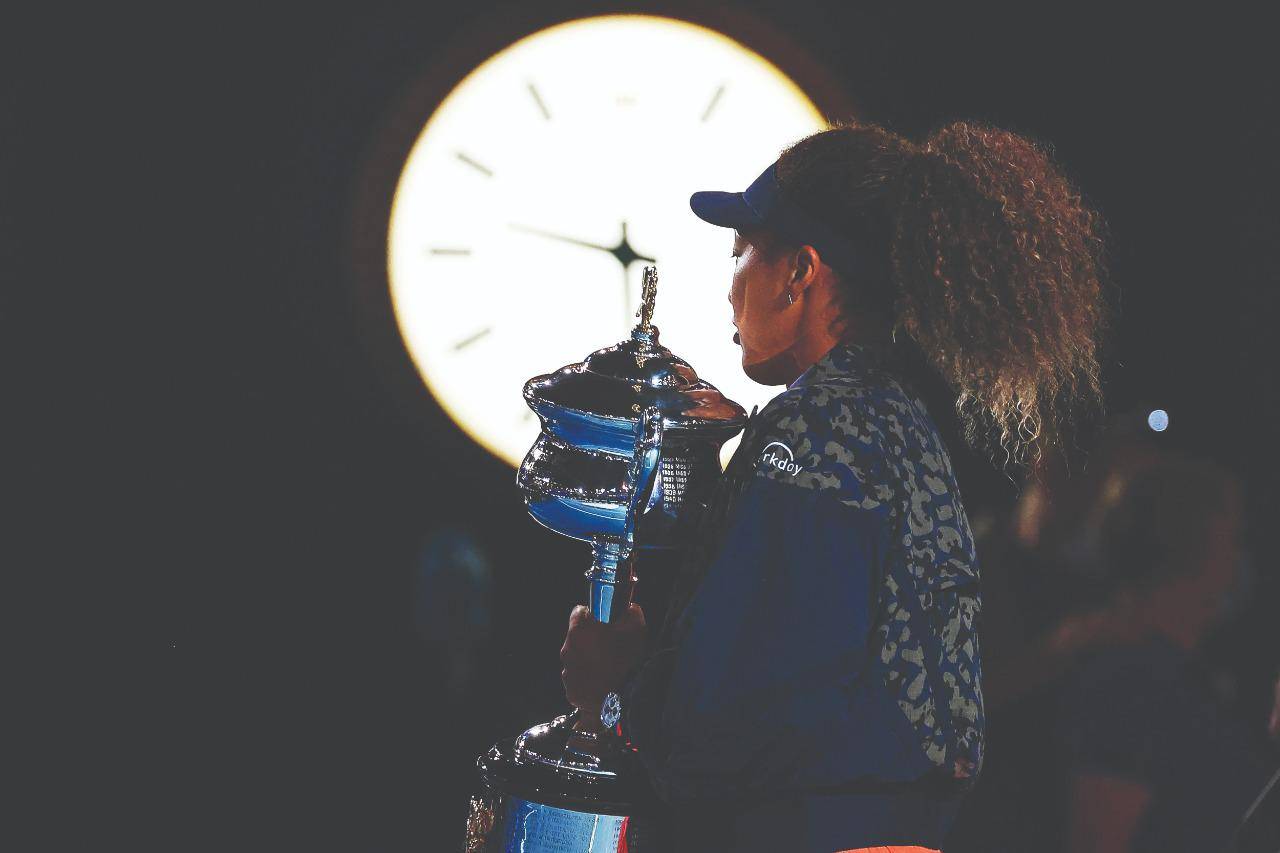 Even sports stars need a break to fend off a breakdown and fend for themselves, away from the spotlight. But wasn’t a pandemic year enough for Naomi Osaka who recently bent a Grand Slam tournament’s rules? The red clay courts of Roland Garros in Paris haven’t been Naomi’s favourite surface, and she was anxious, naturally. Her best performances so far have been three third round losses at the marque tournament.

For inspiration, she has Ivan Lendl. The Czech clay court legend from the eighties detested grass (he never won Wimbledon). Grass is for cows, he once famously said. But she blew it.

The Japanese player, the current women’s world number 2, chose to blame the media and headed home early. Moral of the story: tennis stars should let their rackets speak and stop whining when the going’s good. Naomi, however, was sad, which wasn’t good for those titans of social media who failed to scratch or see beneath the surface. She was worried about the ground shifting under her feet, though she hadn’t lost a match yet, and made it worse by dragging it out on social channels.

Sports celebrities and fans with small attention spans have since been reaching out to the Japanese tennis star who stormed out of the French Open after refusing to attend press conferences at the tournament.

Most support her and say it was brave for a woman of colour to fritter away the goodwill to protect her mental health. It’s always nice for the majority to join the chorus and shy away from being singled out. Add a liberal sprinkling of colour and diversity to cloud judgement while forgetting the real cause of the anxiety: the red clay courts of Roland Garros.

I believe Naomi’s actions speak volumes about her attitude to the sport. Clay puts enormous physical demands on players who must grind it out with long rallies. Naomi was plain lazy. She dropped the ball at most opportune moment (for her) after raising the hackles of the media whose job it is to cover press conferences. It was plain disrespect to the free press (if there is one) and had nothing to do with race or gender.

It was part of her contract to sit through these meets however unhappy she was, but

she gave up without slogging it out against her opponents while starting a debate about mental health. She diverted attention from the real demon beneath her feet: the soil.

Allow me here to remind her of the mass grief and its impact on the minds of those poor folks who lost their loved ones to Covid-19. Over 3.5 million deaths and counting. What about their states of mind? How about some outpouring of grief even if she stop short of sharing the $55 million she earned last year mostly through commercial deals?

Why can’t she just be any worried young woman like the millions out there who have no stage to show off their anxiety, fear or depression? I say, give Naomi some time to clear her head and get her footing on clay. She may have scored a point for mass sanity by doing what she did, but why is it important to have an opinion on everything? And why air it in a charged climate with everyone talking over the other in any virtual space they can find?

I don’t understand what the fuss is about when people should simply be getting on with the game. Yet, they can’t resist the urge to comment even if they know little or nothing of Naomi who was once of the victim of bullying on court by the venerable Serena Williams who is now lending her a shoulder to cry on.

Yes, Serena had to chip in even as her game is floundering. I was hurt by Naomi’s actions and behaviour and lambasted the player in an edit (that was edited) for blaming the media and implying that reporters were troubling her with their prying questions.

And no, I don’t have regrets even if I am trolled out of this world. But I often ask myself: Why can’t we stay out of the fray? Why not take it in our stride and be good sports, which Naomi certainly isn’t? Try faking it if you can’t.

I now read less commentary and more science while watching fewer debates on television on how politicians have blundered in their pandemic response. Twitter is angry, raging and is making us mad as wave upon wave of the coronavirus hits us. Sports can do with less controversy of the kind Naomi has served up for us. Blame the air for the virus, blame the soil for long rallies that have been forced on players but stop blaming the media who have no ground to stand on if they can’t ask questions their jobs demand of them. Call me a bad sport if you will.

KT Morning Chat: Don't miss out on the top...
more from wknd.