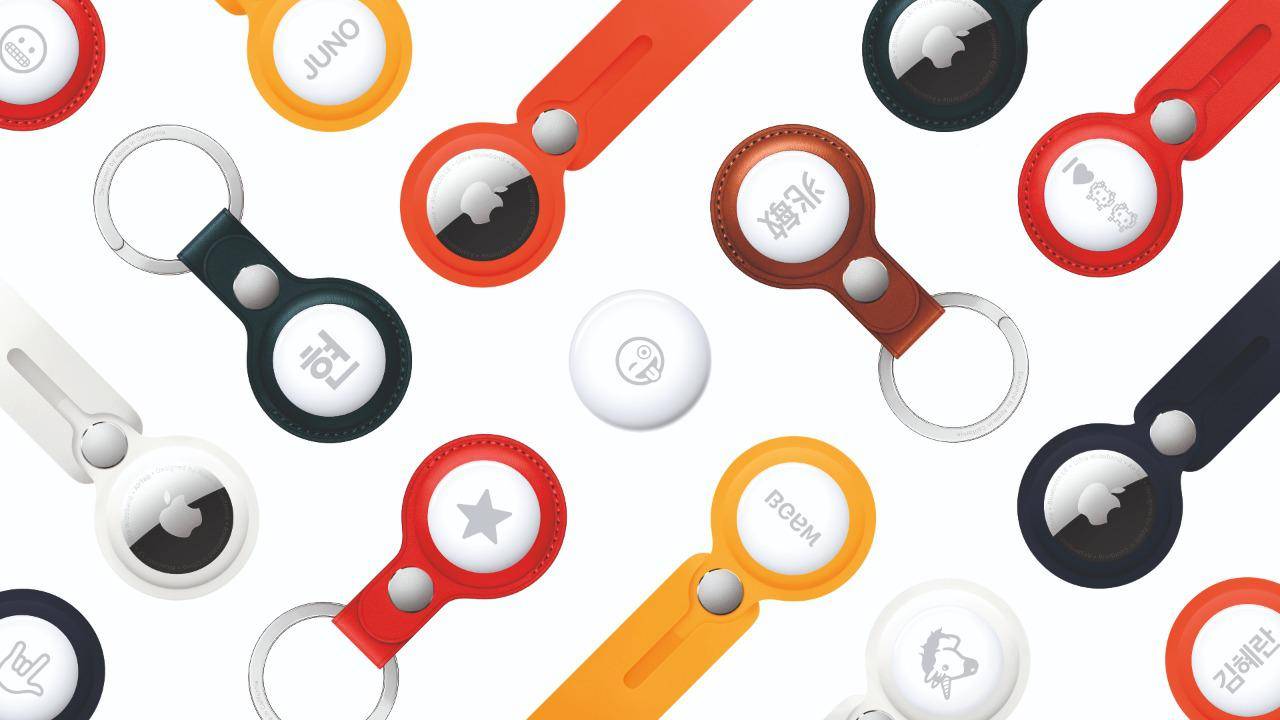 Well, they’re here, Apple’s newest high-tech buttons, the AirTags. Took a while for them to finally be released, but now they’re ready to serve those of us who aren’t just protective and responsible about their things, but most especially to those who are clumsy and forgetful.

Quite frankly, the AirTags are unassuming, especially if you’re looking at them white side up without the custom engraving (free at Apple). Flip it around and you’ll see the metal side that shows details reminiscent of an Apple Watch’s rear side and which you can basically use as a mirror (just don’t let your fingerprint smudges ruin it).

Now that metal side also acts as the AirTag’s cover – or ‘door’, as Apple terms it – which houses the user-replaceable battery inside, and doing this is simple. And while Apple has its recommendations on how to do it in its manual, we were more comfortable using this method: pressing down against it while it’s on your palm with your thumb, then twisting it a bit to the left, just like unscrewing something. Voila.

The AirTags use CR2032 coin cell batteries, which you can conveniently get at your friendly neighbourhood store. it goes without saying that using the wrong type carries the risk of fire, so make sure you get the right battery. But it will take you quite a while before you’d actually do that, since Apple says the AirTag has “over a year’s worth of battery life with everyday use”. That also means see you next year when we find out when it actually conks out.

They have a diameter of 1.26 inches and are light at 11g, so we won’t even be surprised if some would turn them into earrings (good idea? you heard it first here).

You can also liven up your AirTags with some accessories, including key rings and loops, with some from Belkin and (of course) Hermes. Happy tagging!

The AirTags are meant to be attached to your most important things — keys, bags, luggage – so in the event they get misplaced, lost or stolen, it’s easy to track them down using the Find My app. Find My has been an integral part of Apple’s ecosystem for a while and has an excellent infrastructure for determining where all your Apple stuff is. you can even ask siri where they are, and it’ll play a sound if they’re nearby.

One special feature of the AirTags is what Apple calls Precision Finding, which accurately pinpoints the location of an AirTag if it is nearby. The AirTags are powered by Apple’s U1 Ultra- Wideband chips, which then uses an iPhone’s accelerometer and gyroscope, among other Apple’s trackers will make sure you’ll find anything, simply and secure components, to precisely direct you to your AirTag’s location.

However, Precision Finding can only be used on the seven devices on the iPhone 11 and 12 series, since they have the U1 chip in them as well. Any lower than these and you’ll be missing out on this cool feature.

Of course, location and user data are secure, meaning no one — not even Apple — can track any information while using AirTags. They’re meant to track things, not people. They’re also iP67-certified, meaning they’re resistant to dust, splash and water.

The Apple AirTags are a solid piece of secure trackers. sure, they’re pricier compared to other such devices — Dh129 for a single piece and Dh439 for a four-pack — but this is justified by the amount of security Apple has built it around with.

No, this isn’t the first purple iPhone, but Apple’s painted it in a different light. Taking advantage of the aluminium-and-glass. combo of the iPhone’s newest design, this in-time-for-spring variant is soothing to the eyes. it’s available for the iPhone 12 and 12 mini. Our only beef... why not for the Pro models too, Apple?

GOODIES: Great minimalistic design, secure tracking, so simple and easy to use

GOOFIES: A bit pricier than others, doesn’t come with a keychain, U1 only works with 11 and 12

AUTHOR’S RATING: Forget U1 compatibility; even a simple, free keychain included could’ve made this perfect.

UAE: Fines of up to Dh50,000 for truck drivers without permits in Sharjah

KT Morning Chat: Don't miss out on the top...
more from wknd.