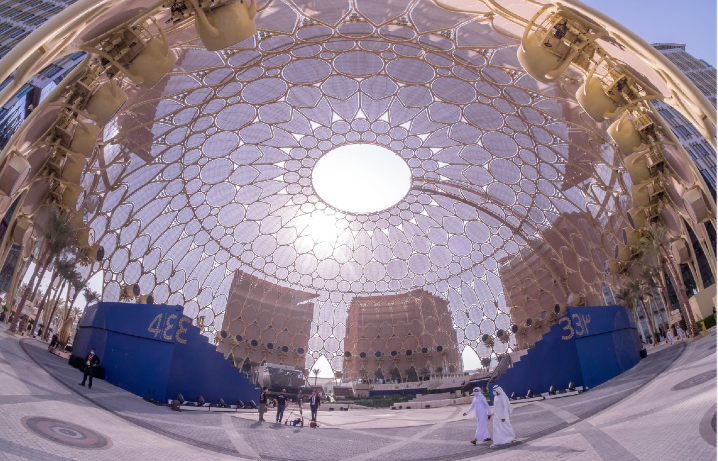 They vow to make the most of the once-in-a-lifetime opportunity.

To the world, Expo 2020 Dubai is the greatest show — but for tour guides, buggy drivers, workers and thousands of others, it is a lifeline they will always be thankful for.

Many people who lost their jobs to Covid-19 found hope when they got hired for the mega event. A few of them are also first-time employees who consider themselves lucky to have the Expo as their training ground.

Khaleej Times met a number of them and they proudly shared how the world’s greatest show changed their lives. Each one of them is beyond grateful — here’s a video clip of their thank-you's in their own language:

‘I couldn’t believe I was hired’

“It is a privilege working here at the Expo” said Mathias who recently came to the emirate from Cameroon.

Mathias had long been a security guard in his hometown but then he lost his job because of the conflict in their country. After being jobless for over a year, he applied for an opportunity at the world fair through an agency.

“I couldn’t believe that I was given the opportunity to work in a city where I dreamt of going, and that too, at the biggest event of the world,” Mathias said.

‘Expo was a saviour’

When the Covid-19 pandemic struck the global hospitality industry, Randy, a Kenyan national, was among those who lost their livelihood. He didn’t have a choice but take on odd jobs to make ends meet. From the Kenyan city of Mombasa, he flew to the Seychelles to support his family.

“It was a mayhem and the hospitality industry crashed. Travelling was almost next to zero and we were helpless. I had lost hopes by then. A friend of mine suggested that I should try getting a job at Expo 2020 Dubai,” Randy said.

“This gigantic world event was a saviour to many.”

When events came to a halt because of the pandemic, Venessa was told to wait for things to get back to normal before she could resume her duties.

“Amid the uncertainties, I had to look ahead, so I applied for the world’s biggest event. I was selected, so I flew from Malawi to Dubai. I am very delighted to be a part of Expo team,” said the expat who has been selling water in the event.

Asked how the mega event will change her life, here’s what Venessa said:

Buggy driver Karanjeet said he is going to make the most of the Expo for the next six months.

He has been working in the UAE for a few years now but was made redundant during the pandemic.

“The mega event had been my hope and for many other residents in Dubai. I know a lot of people who needed jobs and were absorbed by the Expo,” Karanjeet said.

He said many of his friends from India also flew to Dubai and got selected for various roles.

“My friends are here for 6 months. They are really looking forward to working in Dubai even after the Expo. They have fallen in love with the city,” Karanjeet said.

Raman, who also travelled to the emirate from India, is happy with his day-to-day task — transporting media personnel from the centre to different parts of the sprawling site.

Shehzad Raza, from Pakistan, was working at an international airport in the UAE. He was driver of an airport bus shuttling passengers between the terminal and aircraft for the last six years.

“It was an interesting job. But I understand it was the end there,” Raza said.

Now, he’s taking visitors around the Expo site on a train.

“I am just in love with this job and also the benefits it has given me.”

Raza is confident of his future and believes that it is just the beginning of a better life in the UAE.

“By the number of visitors at the Expo, we can believe that Dubai will be growing bigger and better.”

Sameh Saleh, a tour guide who speaks several languages, said he is “blessed” to have had the opportunity to work at the Expo.

“I am able communicate to people in Italian, Arabic, Russian and English. People of every ethnicity and language visit the Expo and I am glad to meet them,” he said.

“Earlier I was a master in a particular tourist spot. And now I can be a master of all the pavilions here.”

Saleh believes his stint at the world fair will make a huge difference in his CV.