A look at the top celebrities who are lending their star power to the mega-event that will kick off in October.

The Expo 2020 Dubai is all set to be a star-studded show with a stellar line up of talents and celebrities from across the globe. From pop bands to award-winning composers, Bollywood and Arab stars to cricket legends and astronauts, the ‘world’s greatest show’ is sure to enchant and entertain. Here are some of the glittering stars associated with the world fair. 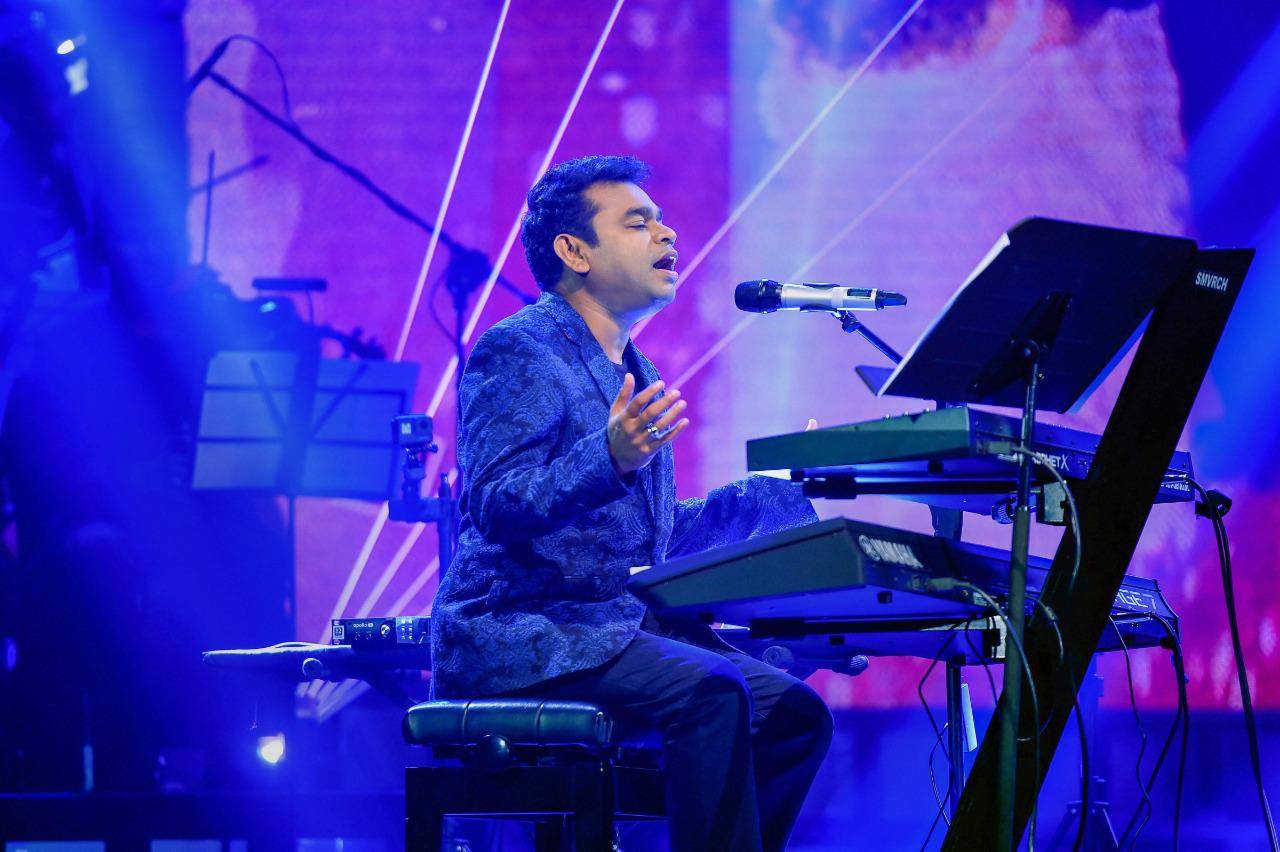 AR Rahman
The Indian composer known as “the Mozart of Madras” is a star attraction at Expo 2020. The Oscar-winning talent is lending his musical genius to Expo to create the Firdaus Women’s Orchestra — a female ensemble. He will be composing the music for the orchestra that will be based at the ‘Firdaus Studio by AR Rahman’ that will become a permanent part of District 2020. 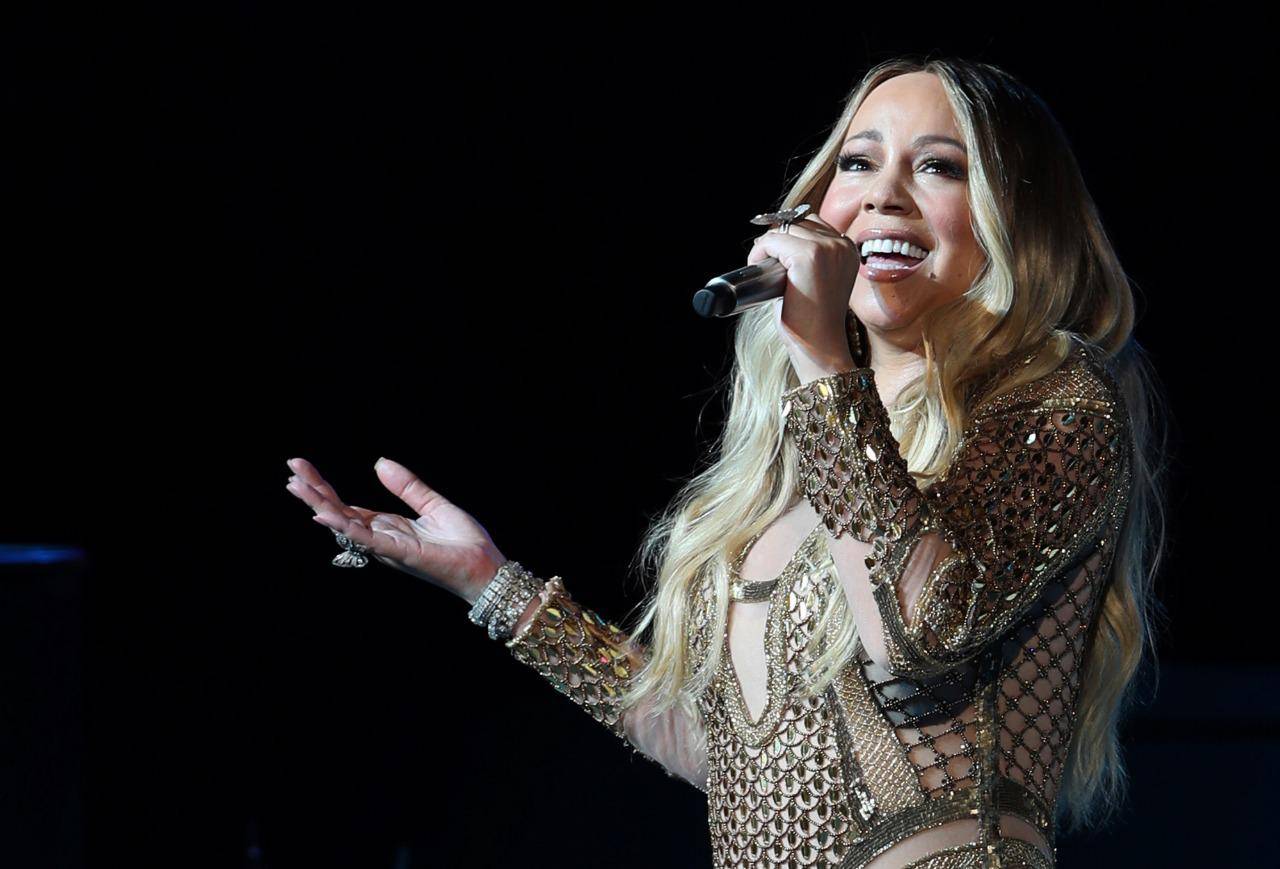 Mariah Carey
An American singer, songwriter, producer and actress known for her five-octave vocal range and melismatic singing style, she is known as the ‘Songbird Supreme’ and the Queen of Christmas. She set the stage on fire in Dubai while performing live on October 20, 2019, kick-starting the 'One Year to Go' countdown to Expo 2020 Dubai. Carey and Emirati music sensation Hussain Al Jassmi headlined the celebrations at Burj Park, Downtown Dubai, where 7,500 visitors attended. 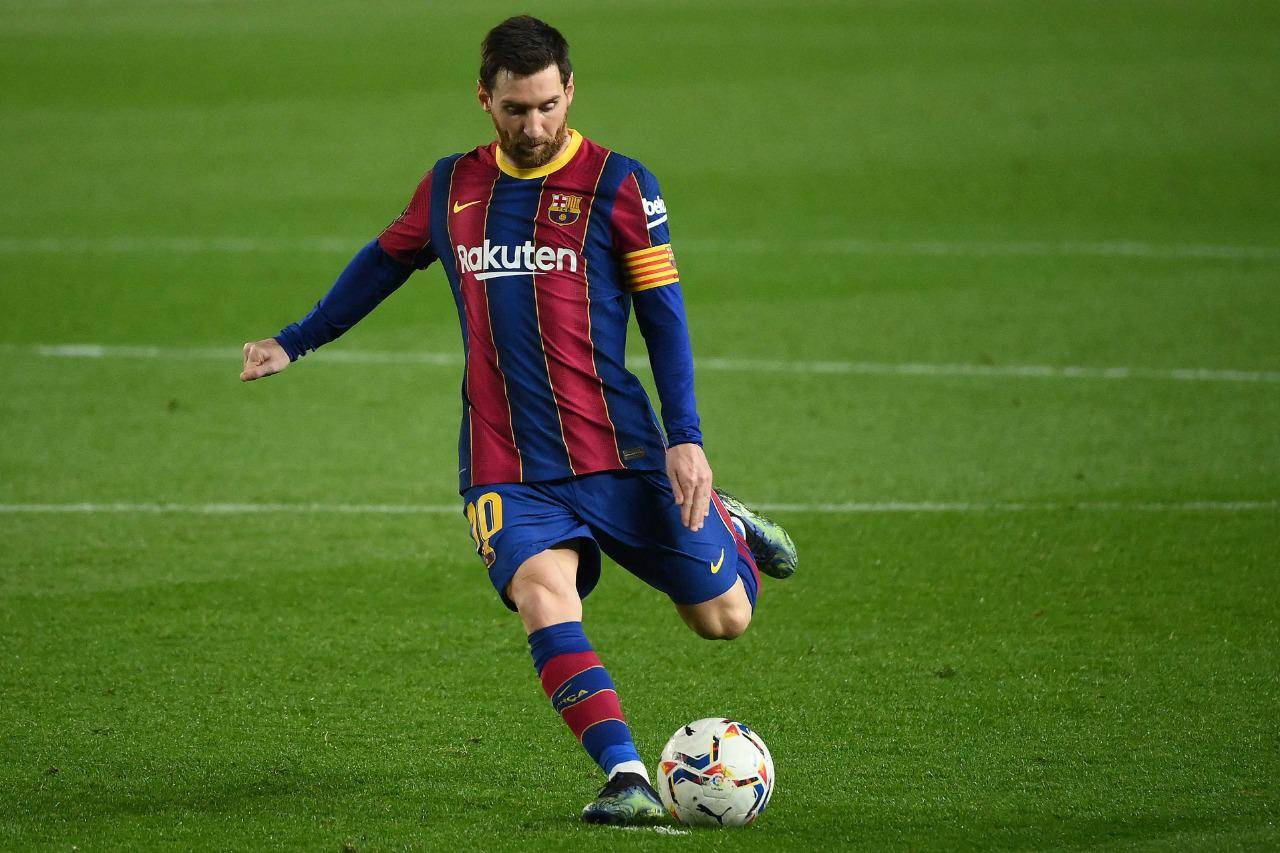 Lionel Messi
The captain of Argentina’s national football team is considered the best footballer in the world. The football legend was appointed the global ambassador of Expo 2020 Dubai way back in 2016. Recently, Messi was featured in a countdown video where he was seen kicking a football into the Al Wasl Plaza to celebrate the three-month countdown to the world exposition to officially begin on October 1. 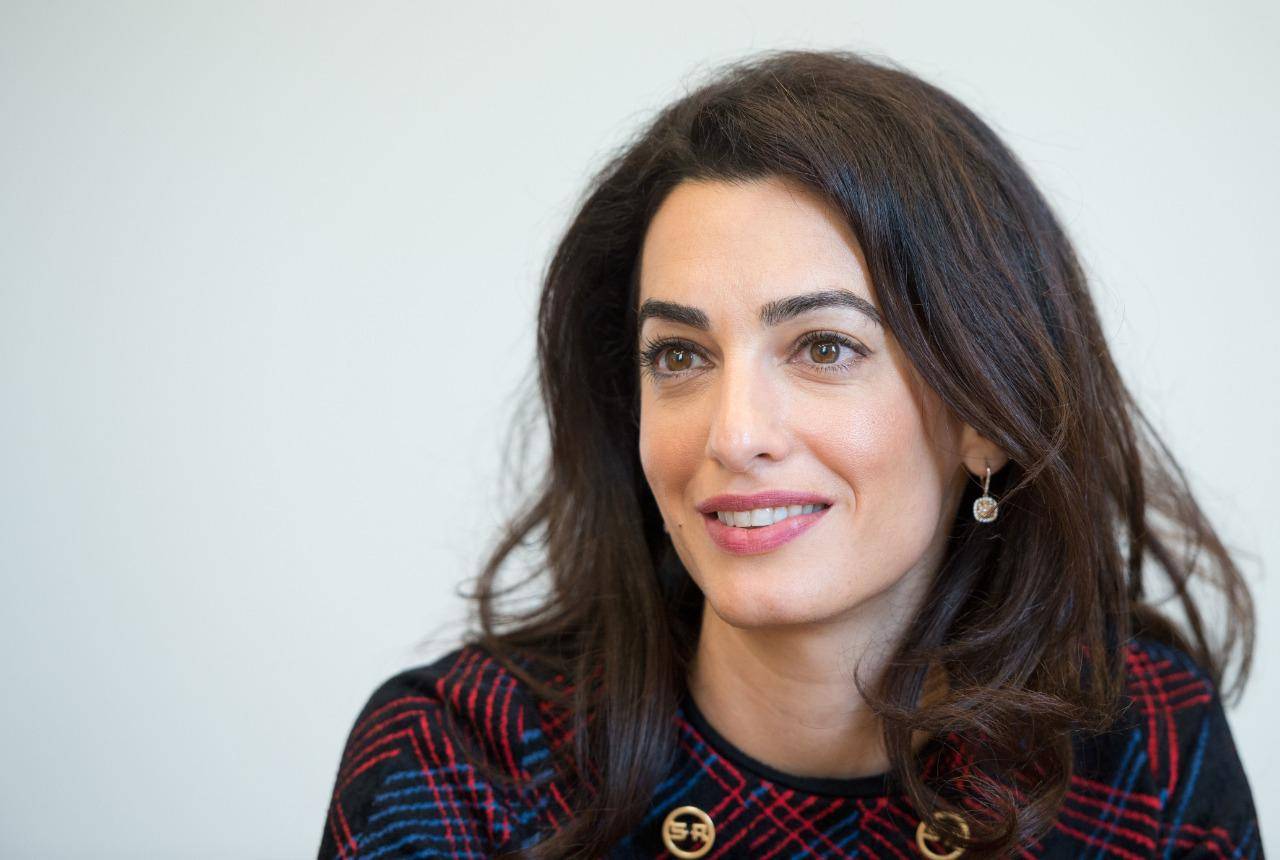 Amal Clooney
A human rights barrister of international renown, Amal Clooney is a global voice advocating for justice and freedom. She has represented everyone from former Ukrainian Prime Minister Yulia Tymoshenko to the country of Armenia in its fight for recognition of the Armenian Genocide. She has collaborated with Cartier to empower women at Dubai Expo 2020 through the Women’s pavilion. The collaboration is part of Cartier's efforts to shine a spotlight on gender equality discussions. 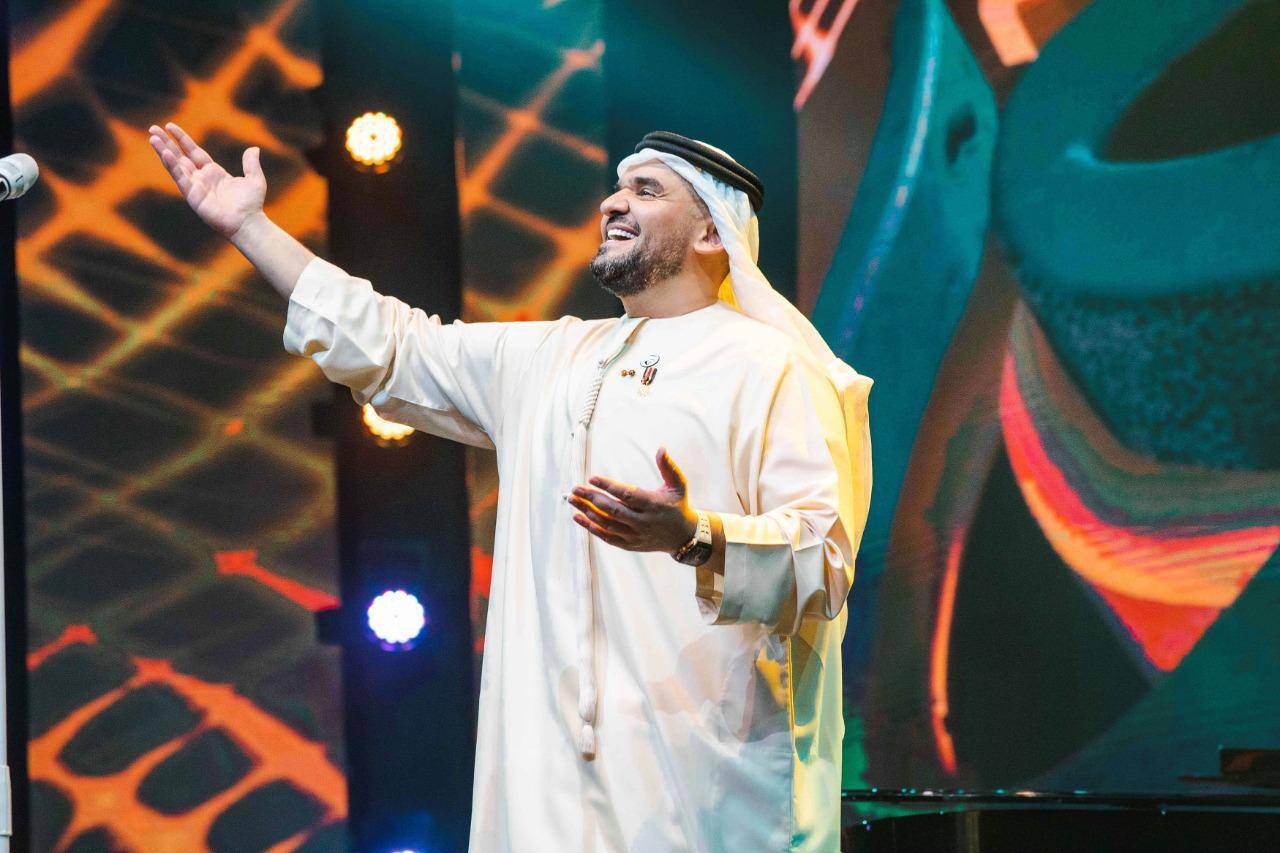 Hussain Al Jassmi
The pianist, composer, musician and singer is perhaps the most well-known Emirati celebrity in the Middle East. Al Jassmi was born in Khorfakkan in August 1979. He released his first single "Bawada'ak", followed by "Wallah Mayiswa" and "Bassbour Al Fourgakom". He was handpicked as the brand ambassador for Expo 2020 because of his fame and talent. Al Jassmi performed alongside Mariah Carey at the ‘One Year to Go’ concert at Burj Park, Dubai, in 2019. 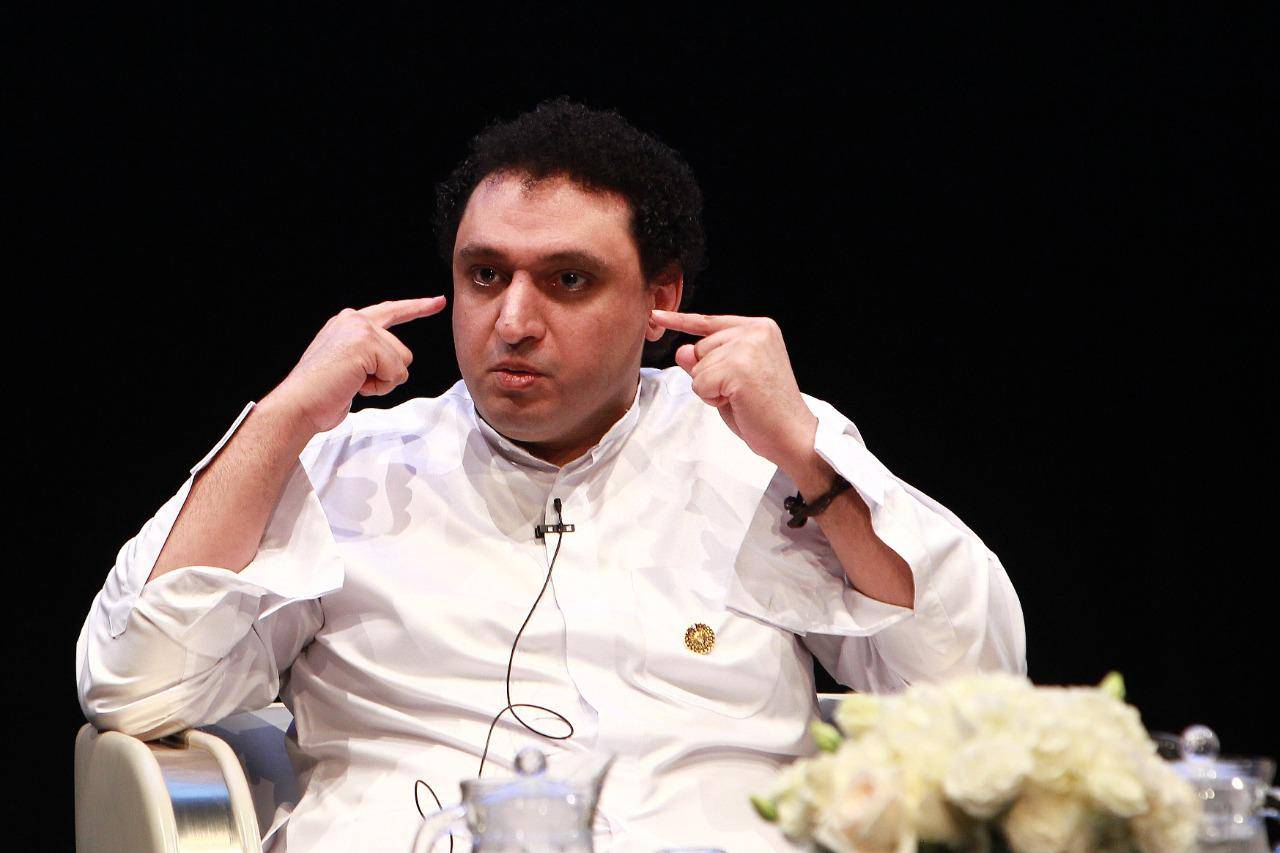 Mohammed Fairouz
Emirati composer Mohammed Fairouz was hailed by The New York Times as “an important new artistic voice”. He will be composing the UAE’s first opera ‘Al Wasl’, meaning ‘the connection’. The opera will bring to life more than 4,000 years of the UAE’s history, its heritage and influence on the new world. The two-hour production will be put together by more than 100 artists and musicians and will debut at the Expo. 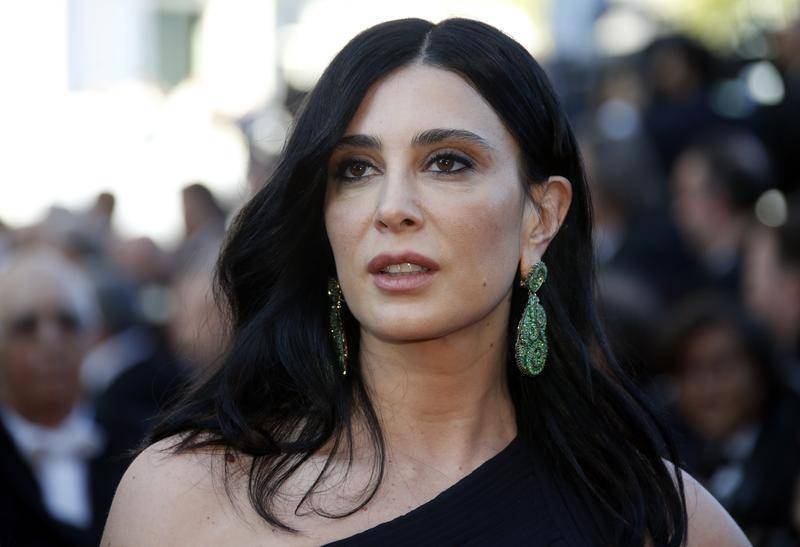 Nadine Labaki
The Lebanese director, screenwriter and actor is known for tearing down stereotypes and touching on taboo subjects in a way that has made her one of the most admired filmmakers of her generation in the Arab world. She will be directing the thematic short film for the Women’s Pavilion at the Expo with the message, ‘When women thrive, humanity thrives’. She will be among the female personalities that the pavilion will showcase to advocate for women empowerment and encourage dialogue on gender parity. 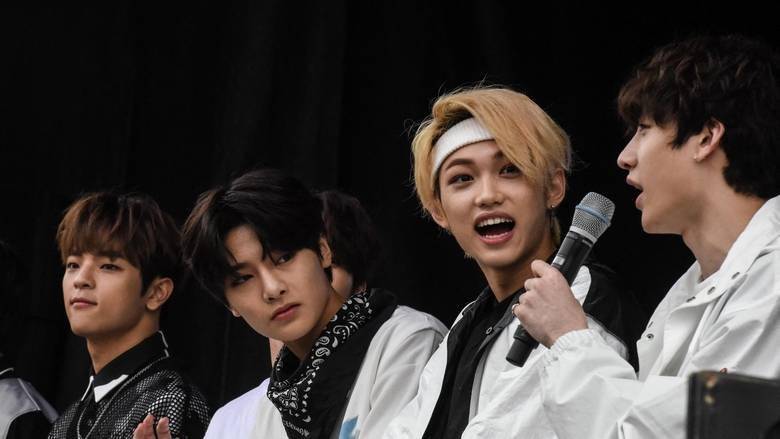 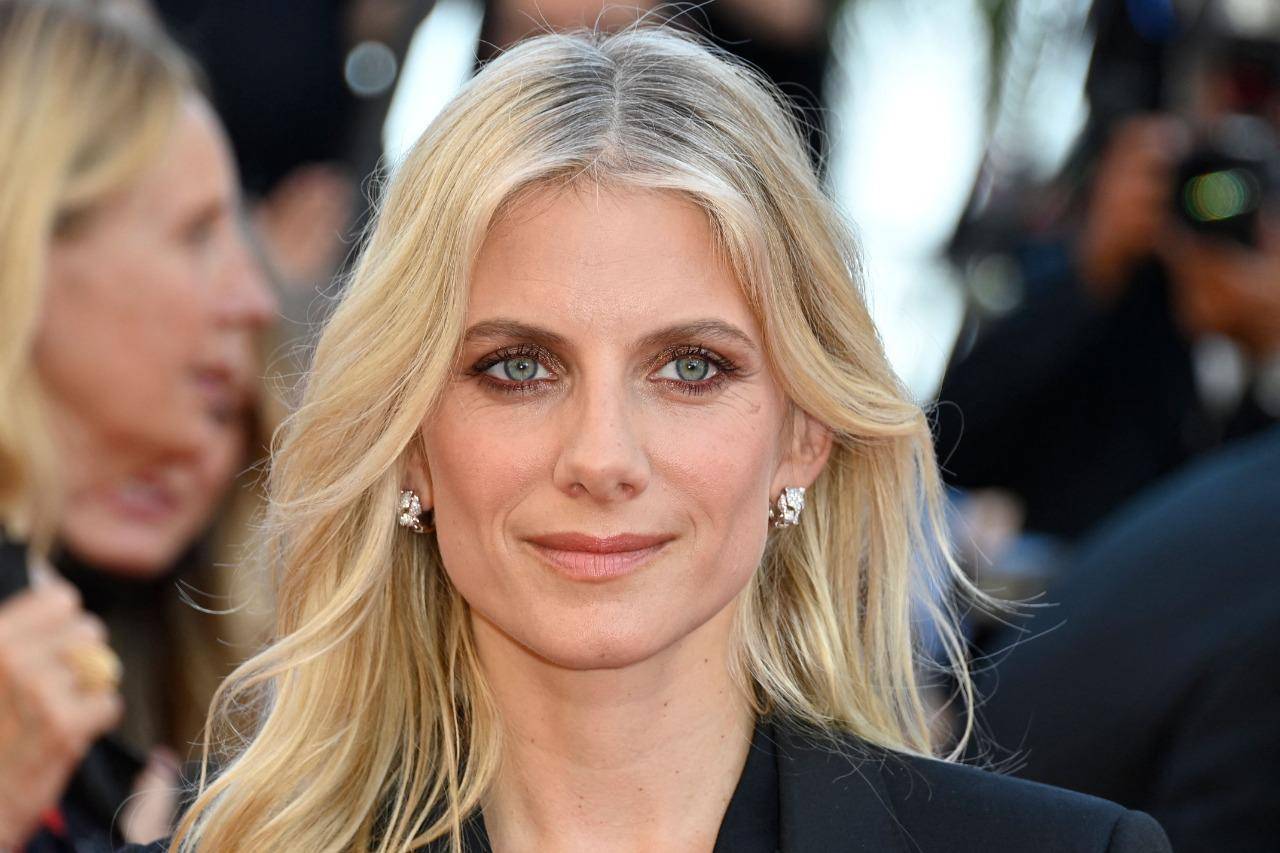 Mélanie Laurent
Mélanie Laurent is a French actress, filmmaker, and singer. The recipient of two César Awards and a Lumières Award, she is an accomplished actress in the French film industry. Globally, she is best known for her roles in Inglorious Bastards, Now You See Me, and 6 Underground. Laurent will be curating the exhibition content for the Women’s Pavilion by Cartier at the Expo. The pavilion will also showcase her photography and other selected works. 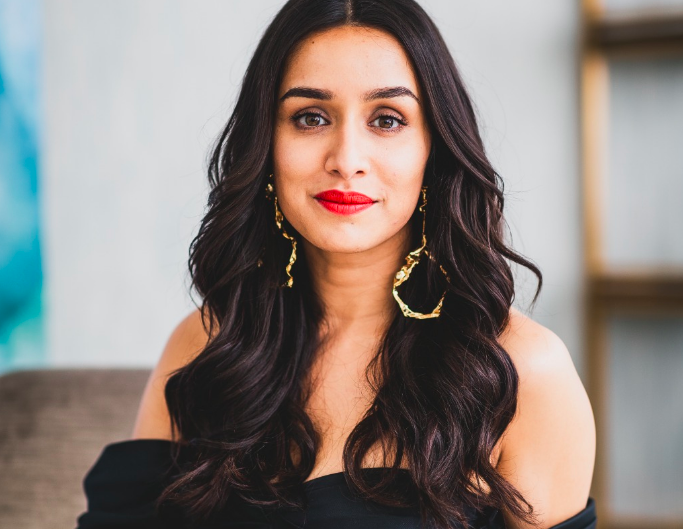 Shraddha Kapoor
Shraddha Kapoor is a Bollywood actress and singer who has played the leading lady in many blockbusters like Baaghi 3, Ek Villain, and Saaho. The daughter of actor Shakti Kapoor, she began her acting career with a brief role in the 2010 heist film Teen Patti and followed it with her first leading role in the teen drama Luv Ka The End (2011). She had a special appearance at the ‘One Year to Go’ Expo concert in 2019. 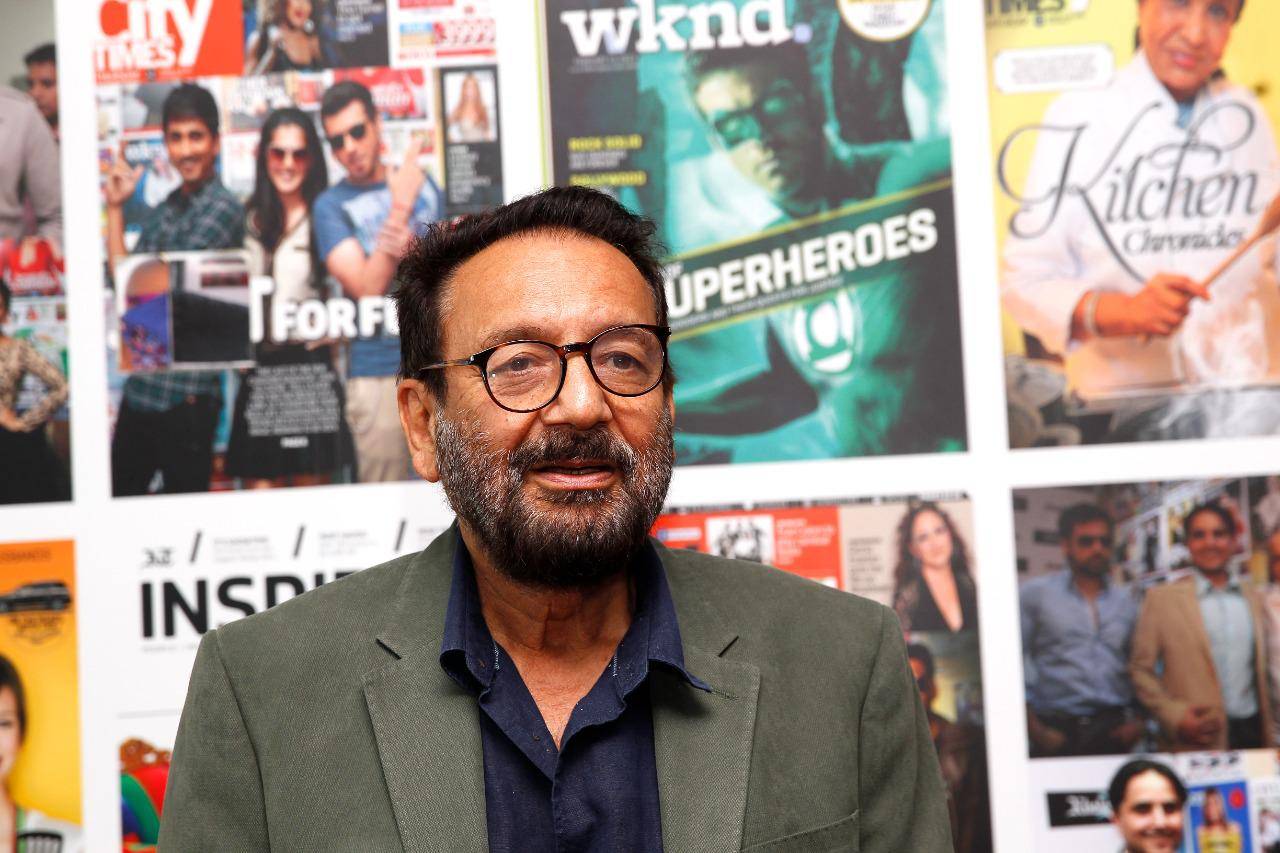 Shekhar Kapur
An internationally acclaimed Indian film director and producer, Shekhar Kapur directed the Oscar-winner ‘Elizabeth’ and ‘Bandit Queen’, chronicling the life of Indian outlaw Phoolan Devi. Kapur is a content advisor for the Expo and has joined hands with AR Rahman for the orchestra that will debut at the Al Wasl Plaza. 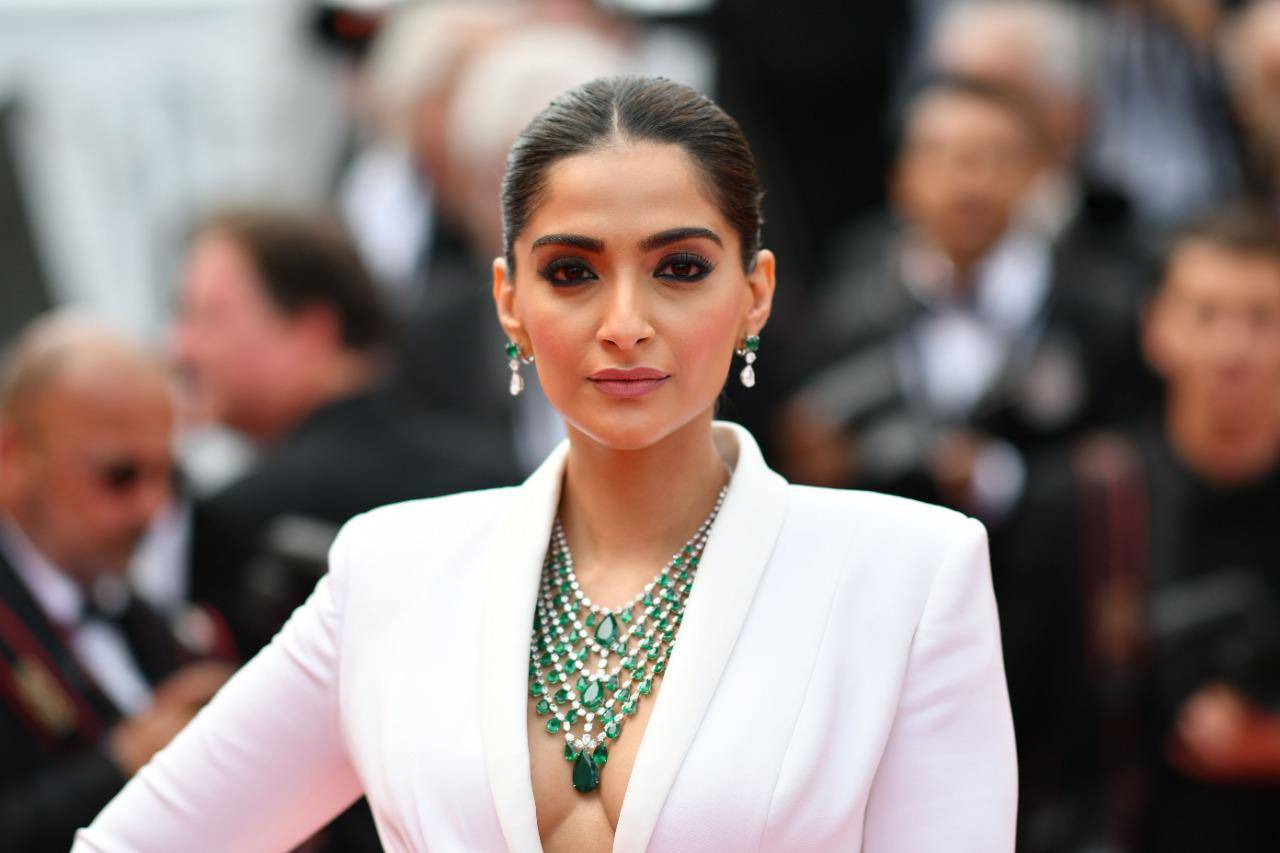 Sonam Kapoor
Bollywood A-lister Sonam Kapoor will be part of the star quotient at the Expo 2020. She will be performing at the Expo when the world fair officially opens in October. The Bollywood star is known as a fashion icon and has been featured in Forbes India's Celebrity 100 list based on her income and popularity. 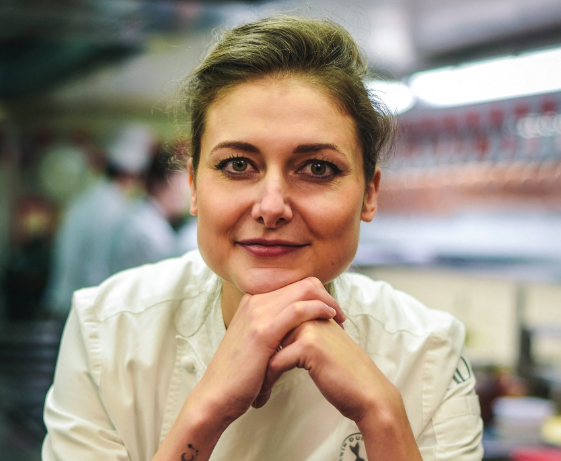 Jessica Préalpato
Pastry chef at Alain Ducasse au Plaza Athénée restaurant in Paris, she was named the World’s Best Pastry Chef 2019 by the World’s 50 Best Restaurants. The France Pavilion at the Expo 2020 has appointed the award-winning chef as one of the ambassadors for the event. Jessica is a staunch supporter of healthy and almost sugar-free desserts, focusing less on its visual appeal and more on the element of naturalness in taste. 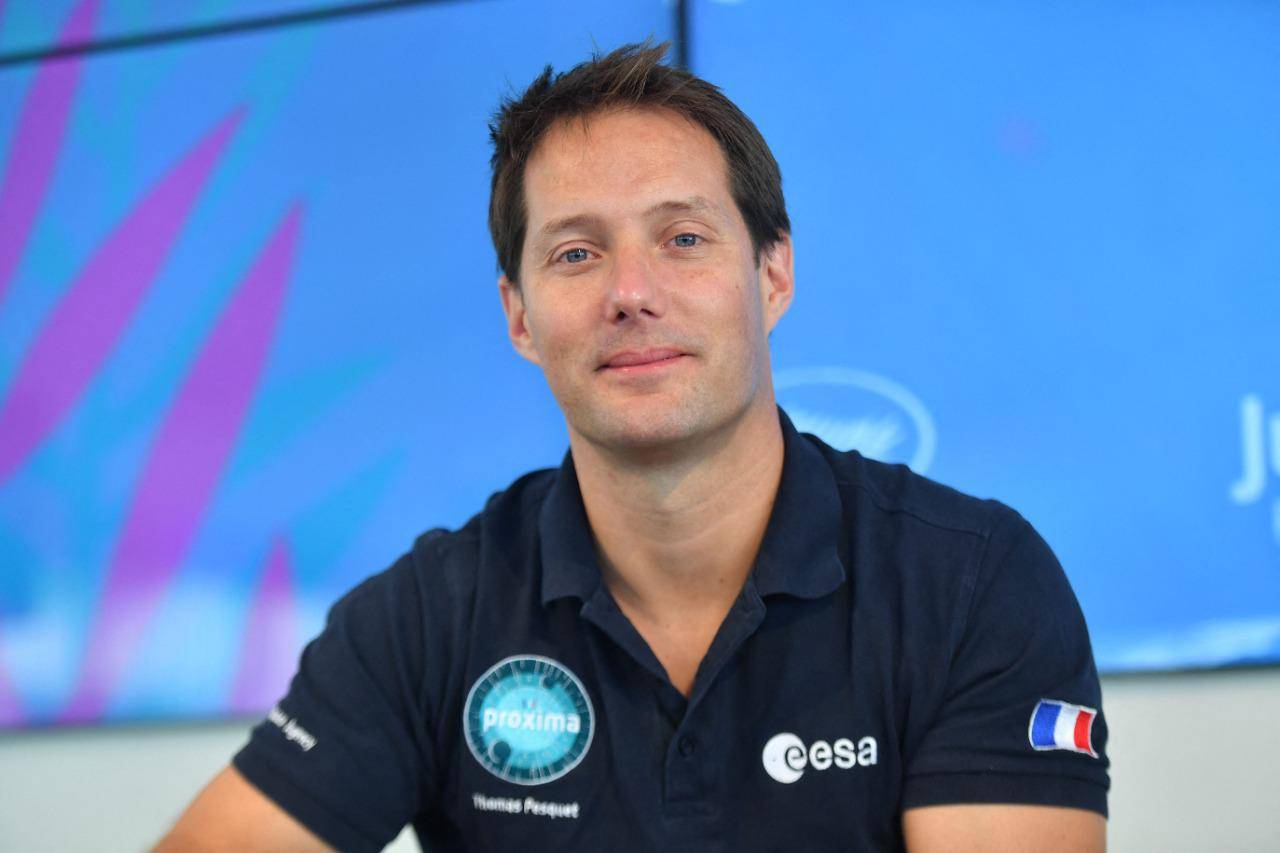 Thomas Pesquet
A French aerospace engineer, pilot, and European Space Agency astronaut, Thomas was the 10th astronaut from France to head into space after a nine-year gap since ESA astronaut Léopold Eyharts. He returned to Earth on Soyuz MS-03 on June 2, 2017 after spending 197 days in space. He has been appointed as one of the ambassadors for the France pavilion at Expo 2020. 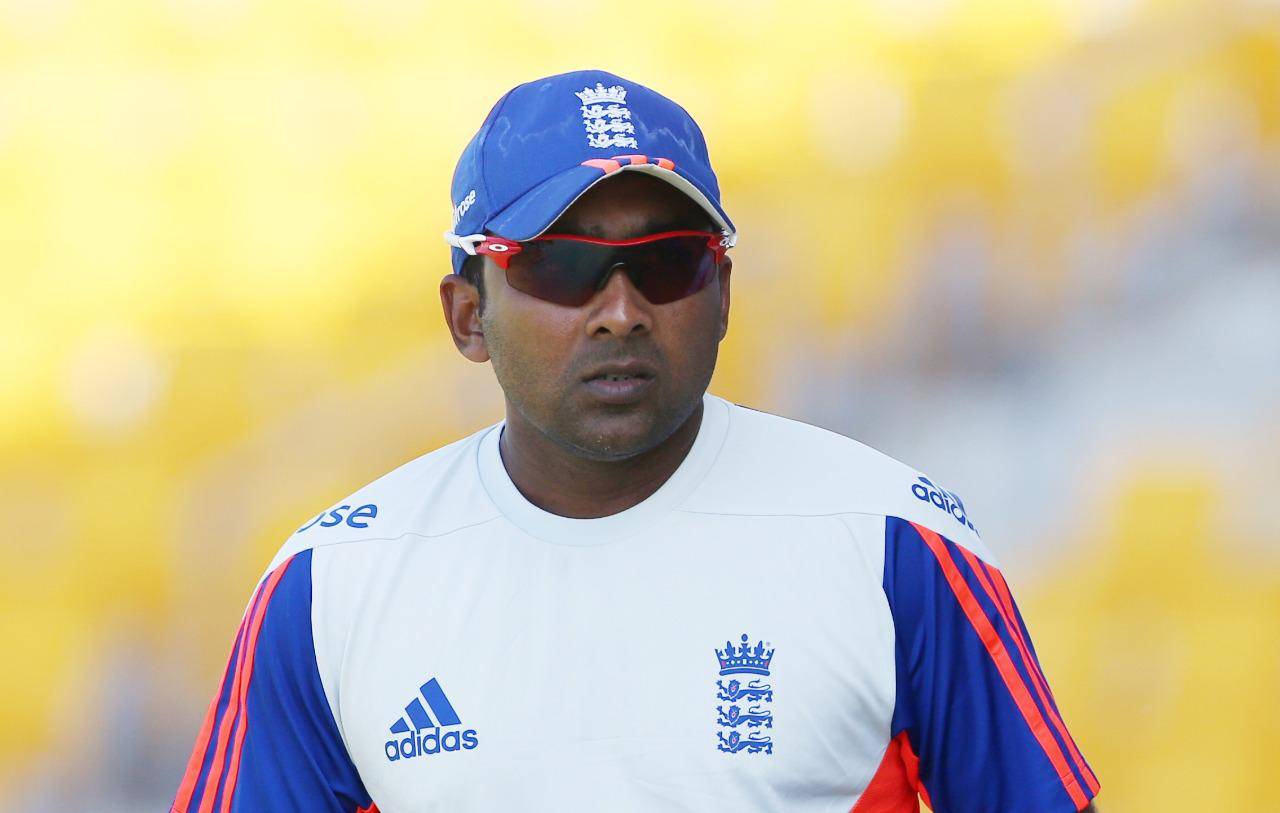 Mahela Jayawardene (pictured) and Kumar Sangakkara
The Sri Lankan cricket legends have been appointed as the brand ambassadors of the Sri Lanka Pavilion at Expo 2020 Dubai. Both have captained the Sri Lankan team and have amply demonstrated their leadership, team spirit and enterprising qualities beyond the cricket field, expanding to the business world as well. 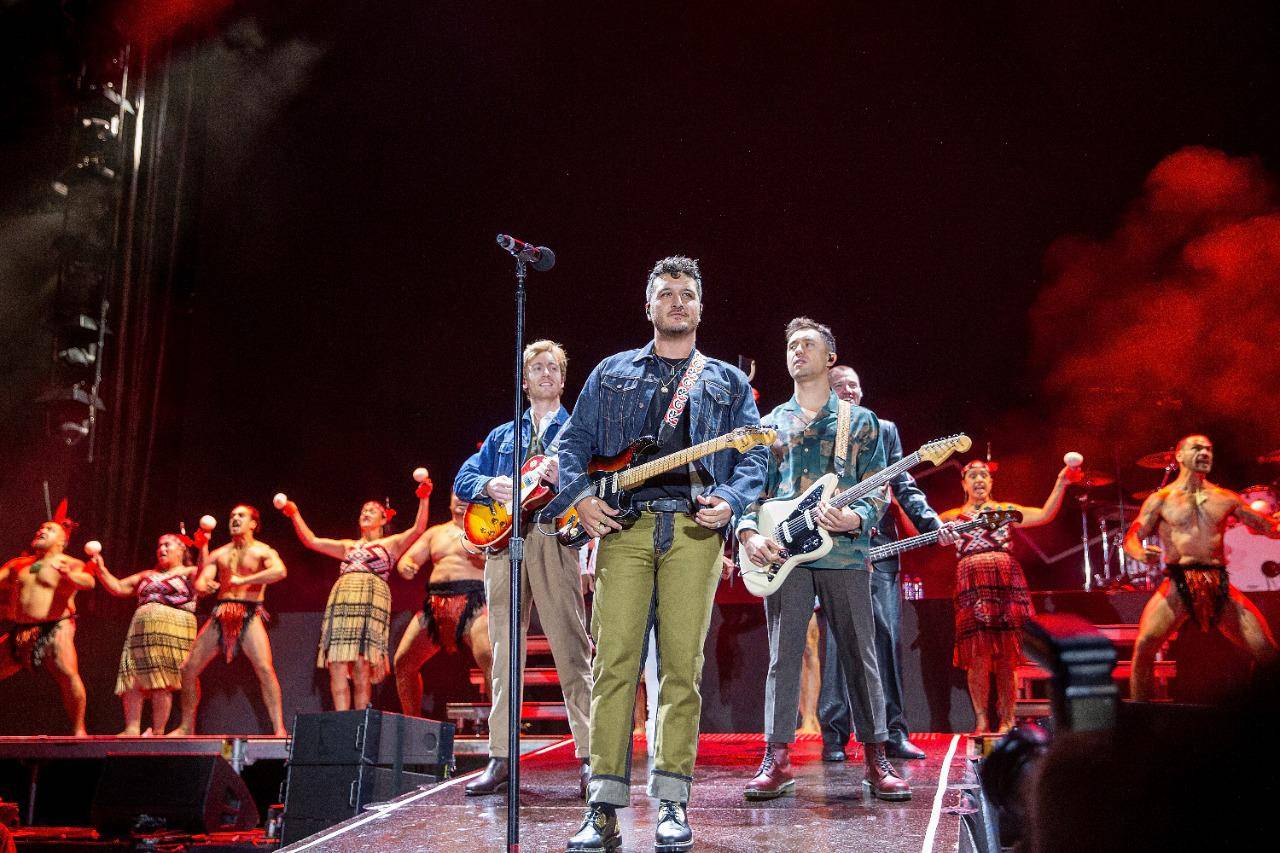 Six60
New Zealand’s highest-selling live group will be part of the country's entertainment and culture programme for Expo 2020 in Dubai. The band recently made history by becoming the first to perform live at a stadium in front of thousands since the pandemic began. The five-piece band, formed in 2008, is known for their iconic sound and song-writing skills which cross several genres including pop rock, reggae, soul and R&B. One of their most well-known singles “Don’t Forget Your Roots” has gone four times platinum and scooped the prestigious title of single of the year at the New Zealand Music Awards.