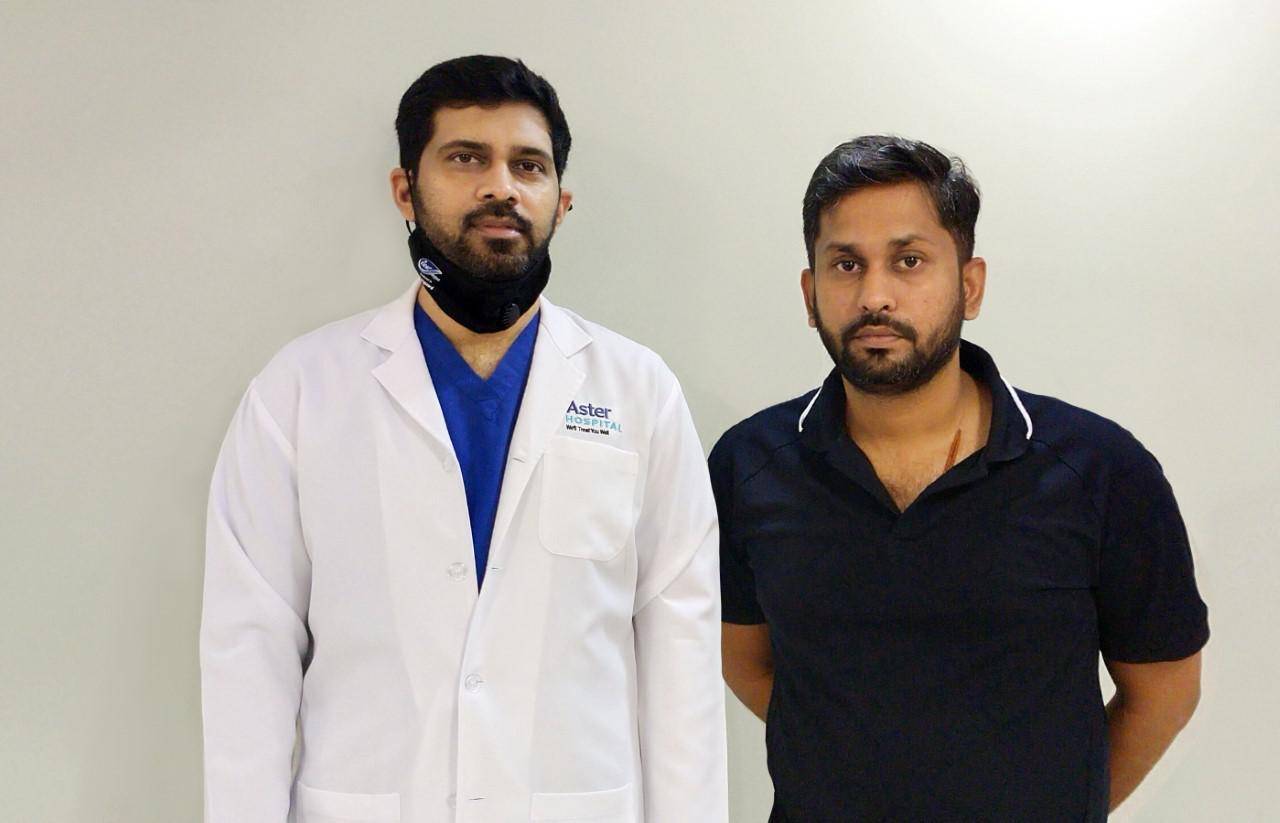 Doctor says his case was unique

In a shocking incident, a young 32-year-old Indian tourist who came to Dubai just a couple of days ago to visit friends, suffered a massive heart attack and was rushed to Dubai's Aster Hospital, Mankhool.

Indian tourist and businessman Hardik Patel said it all started with discomfort in his chest that soon escalated into severe chest pain. He was rushed to the hospital's emergency room, where the ECG revealed he was having a major heart attack.

Explaining the case, Dr Naveed Ahmed, an interventional cardiologist at Aster Hospital Mankhool, who attended to Patel, said: "The patient was a non-diabetic, non-diabetic, smoker who had a family history of cardiac issues. His case was unique because normally in major heart attacks, we see cholesterol deposits in arteries of the patient that happens over a period of time, leading the arteries to get narrow because of the deposits."

"Heart attacks occur when a clot is formed in these eroded arteries which leads to a complete blockage of that particular artery. This is how a major heart attack presents itself."

Not a normal heart attack

"However, in Hardik's case, we were surprised to see that he didn't have any cholesterol deposits or narrow arteries, but instead his arteries were full of huge clots," said Dr Ahmed.

"Another surprising element was that normally when a person gets a heart attack, there is usually a clot in one artery that caused the attack, but Hardik had clots in two major arteries, which was unusual. However, he survived because the major arteries were not completely blocked and the blood managed to flow through them, although through a narrow passage due to the clotting," he said, adding this case was unique.

Talking about the possible reasons for the heart attack and sudden blood clots, Dr Ahmed said: "The two reasons we suspected behind this attack was smoking or maybe post-Covid side-effects. However, the patient confirmed he never contracted Covid. Clots in multiple arteries shows a very strong association with Covid patients, and although the patient tested negative for the virus and said he had never contracted Covid, we feel that maybe in the past he must have had some influence of the virus in an asymptomatic way that went unnoticed and may have recovered."

In normal cases of heart attack, Dr Ahmed said heart attack patients were taken for an angiogram to open up a blocked artery by putting a stent. But in Hardik's case, while two tiny arteries were completely blocked, the main arteries were experiencing huge clot formation.

"Therefore, in this case we didn't put stent as a stent may not be able to take the load of the recurring clots and may trouble the patient. So we gave clot dissolving medicine in the arteries of the heart. Patient was immediately put on aspirin, ticagrelor (blood thinner) and statins. After 24 hours another angiogram was done that showed that 90 per cent of the clots had dissolved except for minimal residual clot," Dr Ahmed said.

When asked what the reason behind the heart attack at such a young age could be, Dr Ahmed said mostly it was due to unhealthy lifestyle, lack of exercise and smoking that led to it, with some psycho-social stress that professionals experience.

Dr Ahmed also added that in the UAE, the greater part of working professionals in the UAE are living here without their families. "Therefore, many eat outside food almost every day as they do not much care about a healthy diet, they hardly exercise, and take to smoking to reduce stress, which actually doesn't reduce stress but instead kills the smoker.

Dr Ahmed added that Hardik was lucky that he was brought to the hospital in the nick of time as his arteries were not blocked completely. "Therefore, it is important that in such circumstances, the patient should be rushed immediately to the nearest clinic or hospital else the clot may become bigger and block the artery completely making the heart attack a fatal one."

He advised all – young and old - to take out at least 30 minutes every day to exercise in order to keep their body fit.