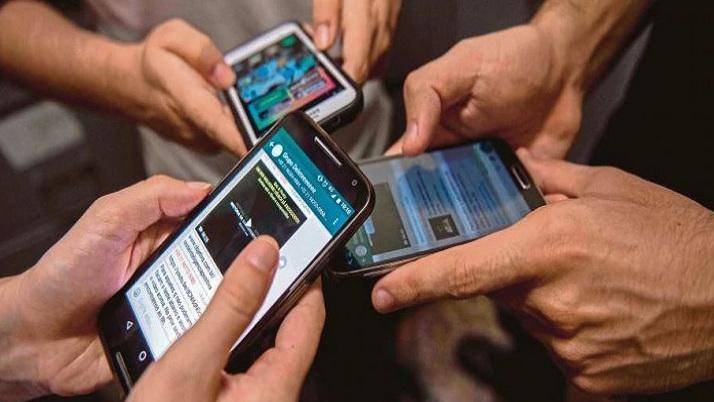 Many tech experts have ruled that Signal is the most secure and private app option because the app encrypts messages, calls, as well as the metadata of the chat

With an increasing number of users opting to make the switch from WhatsApp to another instant messaging service, both Signal and Telegram have emerged as the most popular choices.

The two apps offer a wide range of features and promise safer security measures that will keep a user’s chats private and their personal data safe. While many users are aware that WhatsApp is owned by Facebook, they remain in the dark about how much of their personal information is being collected by the massaging service and passed on to the social media giant.

Concerns about data sharing on WhatsApp

Nicolai Solling, chief technology officer at Help AG, said that there are many reasons why users are concerned with WhatsApp’s updates on their privacy policy. WhatsApp was historically an independent company, which fought for the users’ privacy and generally had an angle that all messages should be private.

When Facebook acquired WhatsApp in 2014 for the astronomical sum of $19 billion, WhatsApp founder Brian Acton continued in the new business unit, but departed the organisation in late 2018, citing a disagreement on the future direction of how to monetize the application.

“Furthermore, Facebook has had a rough ride when it comes to the privacy of user data, and the 2016 Cambridge Analytica scandal, as also depicted in the 2019 Netflix movie The Great Hack, highlighted that our data was not always safeguarded the right way and the impact this can have on the end user,” Solling said.

He added that, fundamentally, it has always been a bit of a puzzle how WhatsApp could fit into the business model of Facebook, that lives off monetizing the data from its userbase, where WhatsApp was historically extremely privacy-focused.

“Many users see the recent changes to the user terms as the first move in starting to monetize the platform and ultimately, for many users, the concern is that this is challenging without also impacting the privacy we had gotten so used to. If you are not paying for the product, you are the product – with Facebook, this has been the case since day one, and it is the reason why Facebook is one of the most successful companies in the social media space,” he explained.

Out of all the three apps, WhatsApp collects the most of amount of user data including a user’s device ID, advertising data, purchasing history, crash data, performance data, location, phone number, e-mail, phone contacts, and information on payments.

Telegram only collects a user’s contact info, phone number, and their user ID.

Signal takes the lead simply because it collects noting but a user’s phone number.

WhatsApp has several security features such as End-to-End encryption on all chats. This means that all your messages, calls, and photos are encrypted and only you and the recipient can read the messages. WhatsApp also offers a fingerprint lock feature so you can lock your chats with biometrics. Lastly, users can also get support for two-factor authentication (2FA).

Telegram also offers all these security features, however, its chats are user-to-server encrypted, instead of user-to-user. Telegram also has a Secret Chats feature which offers End-to-End encrypted chats, and messages sent cannot be decrypted. The app also offers a built-in app lock and two-step verification features.

However, many tech experts have ruled that Signal is the most secure and private app option because the app encrypts messages, calls as well as the metadata of the chat. It also has a Sealed Sender feature to protect user privacy even more and a Relay Calls feature in which calls re-routed through Signal servers. In addition, all users have access to features such as lock Signal with a PIN or fingerprint, 2FA, blocking screenshots, and the option to blur faces automatically before sending.

The biggest worry for WhatsApp users right now security-wise is the way it handles cloud backups. If a user chooses to enable cloud backups, their messages are either stored on Google’s servers (on Android), or Apple’s (on iPhone) and they rely on whatever encryption they use.

Telegram’s default cloud chat messaging system is not end-to-end encrypted, and chats stored on Telegram’s servers and backed up to a cloud. This means Telegram can gain access to your messages.

On the other hand, chats on Signal do not get backed up by default. However, users can choose to back them up to a secure cloud if they want to.

How to protect your data

Kaspersky advised mobile device users to adhere to the following rules in order to protect their data.

1 - Don’t download messengers and other programs from third-party sources. Use only official application marketplaces.

2 - If possible, acquaint yourself with the user agreement. There are situations when the developer of the app openly warns that they may share user data with third-parties.

3 - Do not follow suspicious links from messages, even if they were sent to you by your friends.

4 - Use security solutions when possible on your mobile devices.

5 - Pay attention to which permissions downloaded applications request. If the requested permission is not necessary for the full functioning of the application, then there is a reason to be wary. For example, the flashlight app clearly doesn’t need access to the microphone.