Tokyo Olympics: US thrashed by Sweden 3-0 in women's football opener 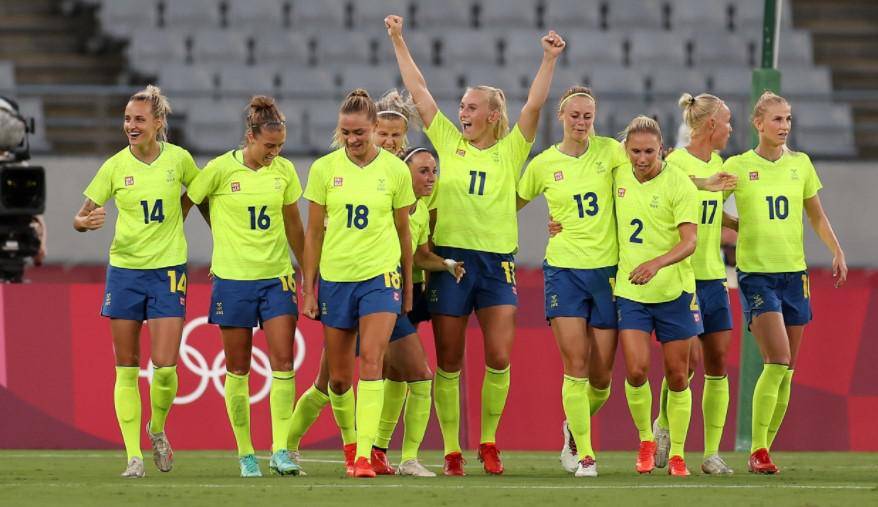 Sweden's players celebrate a goal against USA during their football match at the Tokyo Olympics. (Tokyo 2020 Twitter)

Players from the United States and Team GB were among those to take a knee ahead of Wednesday's opening matches in the women's Olympic football tournament to highlight racial injustice.

All 22 players took part in the gesture prior to kick-off between four-time Olympic champions the US and Sweden in Tokyo, an hour after Team GB and Chile did likewise in Sapporo.

The International Olympic Committee has relaxed some of the rules for protests at the Games, softening a long-standing ban on political protests at the global sporting event.

Athletes will now be allowed to take a knee before play begins to highlight racial injustice, speak to the media and post online about their views, or wear clothing with a protest slogan at a press conference.

But political statements during events, victory ceremonies and at the Olympic Village are still off the cards, the IOC said.

The New Zealand Olympic Committee's chef de mission said the team would also take a knee before their game later Wednesday in Tokyo against Australia.

Britain won the Group E opener in Sapporo 2-0 against Chile, with Manchester City striker Ellen White scoring twice and having a goal disallowed by VAR for offside.

Hege Riise's side are bidding to become the first British team to win an Olympic football medal.