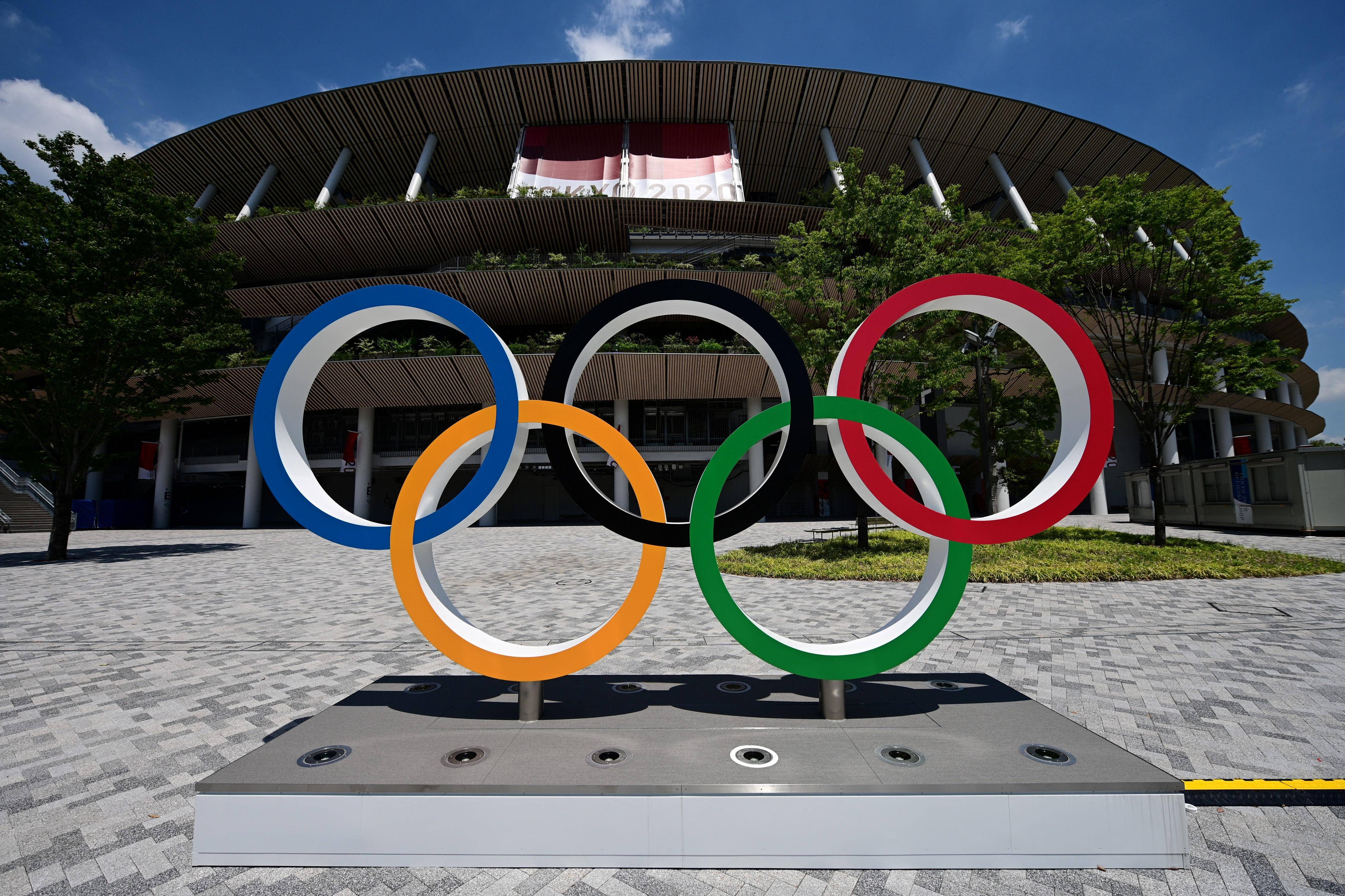 The Olympic rings seen at the Olympic Stadium in Tokyo. (AFP)

She tested positive at the team's training camp in Inzai city, east of Tokyo


A female US gymnast has tested positive for coronavirus at an Olympic training camp and another athlete is self-isolating, team chiefs and Japanese officials said on Monday.

The unnamed gymnast, in the same squad as superstar Simone Biles, is described by the US Olympic and Paralympic Committee (USOPC) as an alternate on the artistic team.

She tested positive at the team’s training camp in Inzai city, east of Tokyo.

It comes after Tokyo’s Olympic Village — where thousands of competitors are living in a biosecure “bubble” — was hit by a fourth coronavirus case.

“We confirmed today that a teen athlete of the team has tested positive,” said Kimiya Kosaku, an Inzai city official.

“She has been isolated with no symptoms. The woman whose name is not disclosed arrived in Japan on July 15. Another athlete has been categorised as having close contact. She is also staying alone inside her room at their accommodation.”

Kyodo News said the rest of the team had moved to the Olympic Village on Monday afternoon.

The USOPC confirmed one of its athletes had tested positive for coronavirus.

“The health and safety of our athletes, coaches and staff is our top priority,” it said in a statement.

“We can confirm that an alternate on the women’s artistic gymnastics team tested positive for Covid-19.

“In alignment with local rules and protocols, the athlete has been transferred to a hotel to quarantine. Out of respect for the individual’s privacy, we cannot provide more information at this time.”

Biles and fellow US gymnast MyKayla Skinner posted images of themselves at the Olympic Village on Instagram, with no reference to the Covid case.