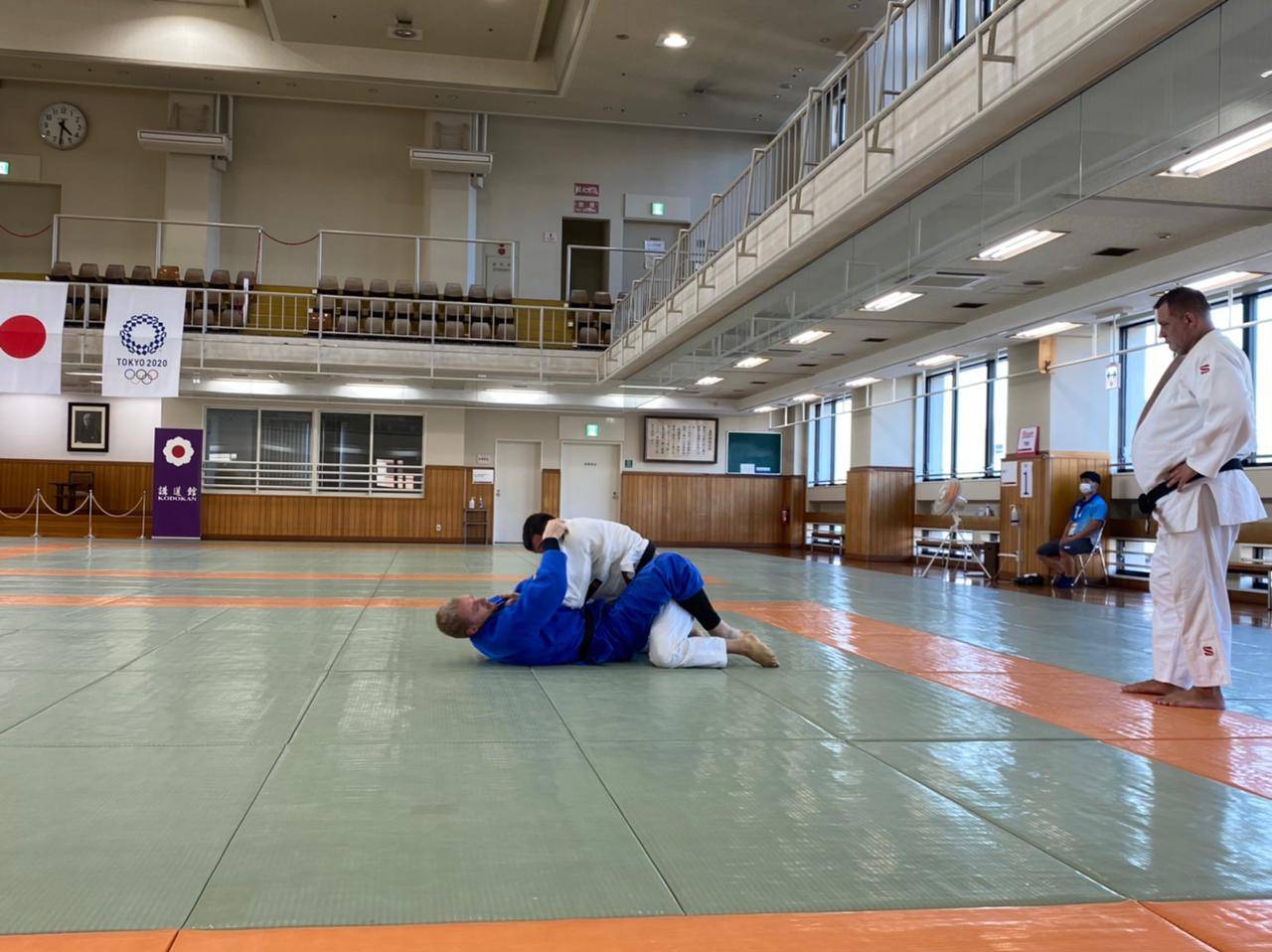 UAE judokas during a training session in Tokyo. (Supplied photo)


UAE athletes have begun their training sessions in Tokyo ahead of the 2020 Summer Olympic Games (July 23-August 8).

Shooter Saif bin Futtais has already started practising in the shooting range at the Games.

Futtais, the two-time ISSF World Cup medallist, will hope to earn his first Olympic medal when he takes part in the skeet shooting competition (July 25-26) at the Tokyo Games.

Victor Scvortov and Ivan Remarenco, the two judokas in the UAE team, have also hit the judo mat and the gyms in Tokyo.

Scvortov, bronze medallist at the 2014 World Judo Championships and the 2018 Asian Games in Jakarta, will defend UAE colours in the 73kg category on July 26.

Remarenco, bronze medallist at the 2014 World Judo Championships, will participate in the over 100-kg event on July 30.

Meanwhile, Yousuf Al Matrooshi, the rising UAE star who will make his Olympic debut in the pool when he competes in the 100-metre freestyle event, arrived in Tokyo on Monday, the UAE National Olympic Committee confirmed on their Facebook page.

In the track and field events, UAE sprint star Hassan Al Noubi will run in the 100-metre event on July 31, while Fatima Al Hosani will participate in the discus throw.

Ahmed Al Tayeb is the head of the UAE delegation.

Tayeb said the UAE athletes will leave no stone unturned in their effort to deliver a memorable performance.

“We are not promising anything to be fair. We are hopeful from the progress we have seen from Saif (Futtais), Victor (Scvortov) and Ivan (Remarenco) who all have the experience of participating at the highest level,” Tayeb said during a recent press conference.

Meanwhile, Nasser Al Tamimi, general secretary of the UAE Wrestling and Judo Federation, said he was confident of the two UAE judokas’ chances in Tokyo.

“Scvortov and Remarenco have progressed well and are ready to give their best shot in Tokyo. We hope to replicate what judo achieved at Rio,” Al Tamimi had said, referring to Sergiu Toma’s bronze medal for UAE at the 2016 Rio Olympics.