Tokyo Olympics: India bounce back to beat Spain after 7-1 loss against Australia 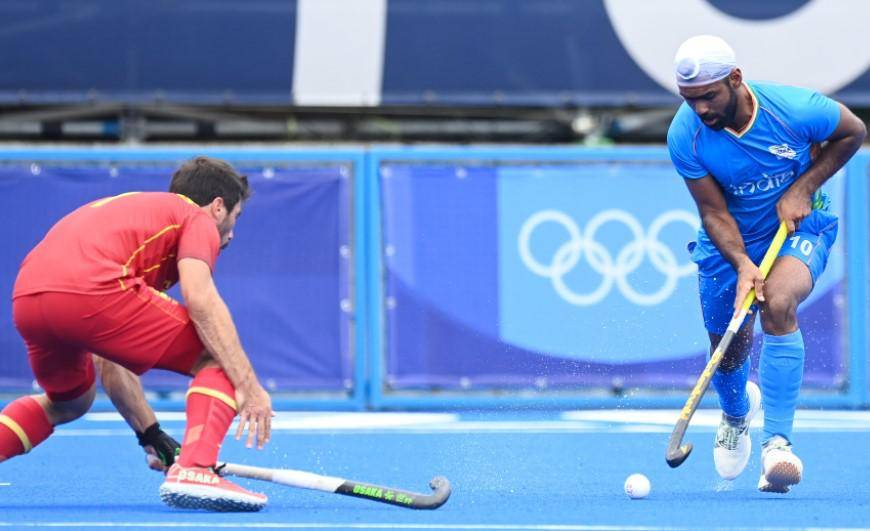 
Dragflicker Rupinder Pal Singh scored a brace as the Indian men's hockey team overcame a demoralising defeat in the previous match to cruise past Spain 3-0 and inch closer to a quarterfinal berth at the Tokyo Olympics on Tuesday.

Drubbed 1-7 by Australia in their last match, India produced a spirited performance against world No.9 Spain and scored through Simranjeet Singh (14th minute) and Rupinder Pal Singh (15th and 51st) to record a comfortable win in their third Pool A match at the Oi Hockey Stadium.

India, ranked fourth in the world, had earlier defeated New Zealand 3-2 in their opening fixture. Spain, on the other hand, have yet to register a win in the competition.

Spain drew 1-1 against Argentina before losing 3-4 to New Zealand.

India's next game will be against reigning Olympic champions Argentina on Thursday.

Despite the win, India's chief coach Graham Reid said the team need to work on a lot of grey areas, like conceding penalty corners, ahead of their remaining matches.

"Better result today, but a lot of things to work on from an improvement perspective. The fact that we gave too many corners, that's always a concern when that happens. But the team did really well in terms of defending," he said.

"The first quarter was played very well, we could move the ball really well and it was exactly what we planned to do. We struggled a bit in the second and third quarters."

Sreejesh said he is experienced enough to make a comeback after a forgettable outing against Australia the other day.

He also lauded the Indian defence, which withstood the tremendous pressure put up by the Spaniards on Tuesday.

"Goalkeepers are there to take pressure. I think, when you are experienced enough you will be able to manage the pressure and control the team," he said.

"Against Australia it was very bad for the defence, but today they did a wonderful job. They did their job in the proper way and we came out with a clean sheet so that's most important.

"...if you can forget the past match and bounce back to play a better game, that's most important for a game like that at the Olympic Games.”