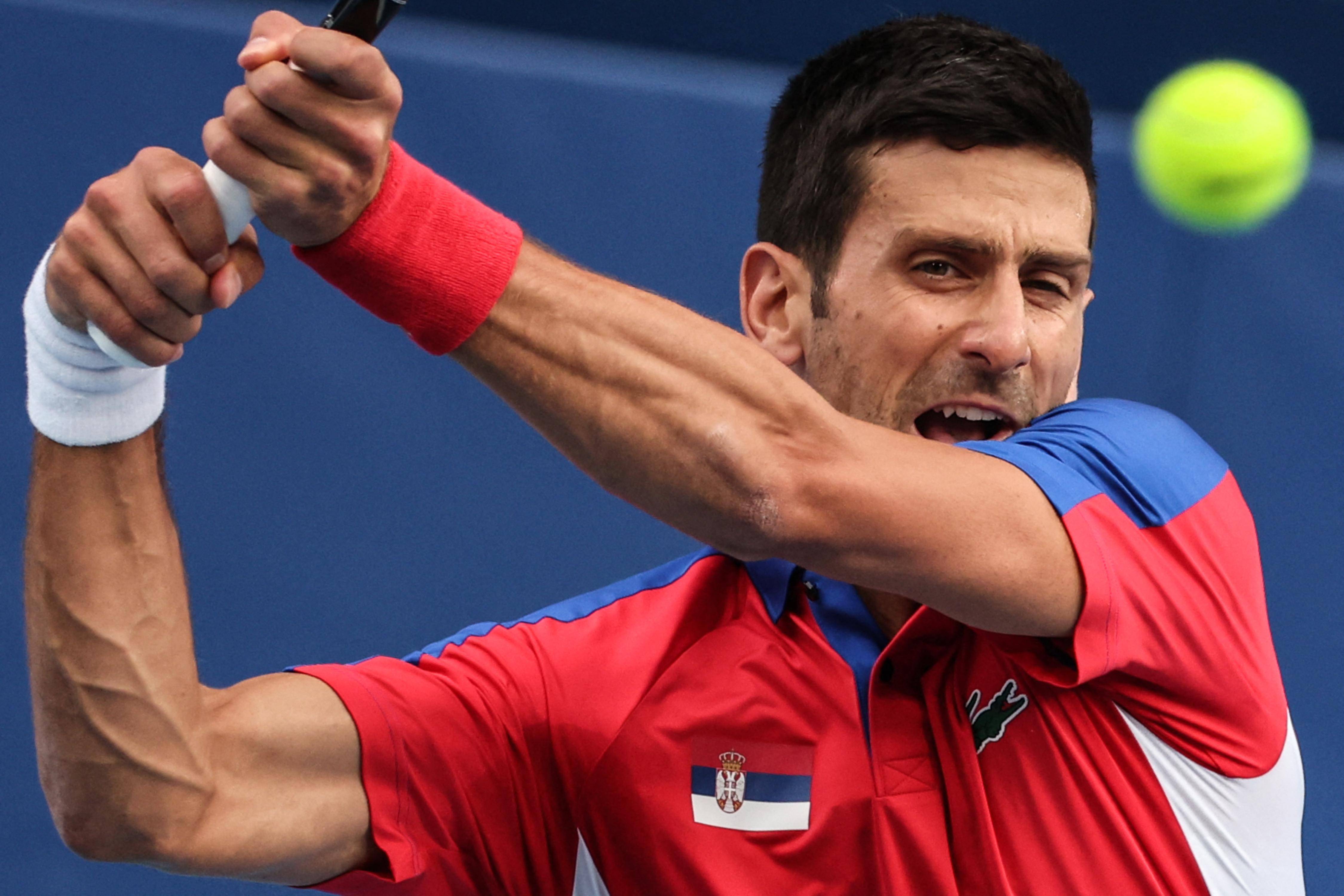 Serbia's Novak Djokovic plays a backhand return to Germany's Jan-Lennard Struff during their second round match in Tokyo. (AFP)


Novak Djokovic strolled into the third round of the Tokyo Olympics tennis tournament on Monday as Japanese star Naomi Osaka's path to gold opened up further after a host of leading women's seeds exited.

Djokovic hammered 14 aces and made just four unforced errors as he remained on course for a Golden Grand Slam.

The world number one is aiming to become the first man to win all four majors and the Olympics in the same season, a feat achieved by Steffi Graf in 1988.

Djokovic has captured titles at the Australian Open, French Open and Wimbledon this year, and is the clear favourite for gold in Japan.

The Serb, an Olympic bronze medallist in 2008, will play Spain's Alejandro Davidovich Fokina for a place in the quarterfinals.

Osaka raced into the last 16 as she powered past Switzerland's Viktorija Golubic 6-3, 6-2 in just over an hour, playing her second match in as many days after lighting the Olympic cauldron on Friday.

The second seed is the highest-ranked player left in the women's draw following the shock first-round exit of world number one and Wimbledon champion Ashleigh Barty.

Third seed Aryna Sabalenka was beaten by Donna Vekic in the second round Monday.

Belgium's Alison Van Uytvanck knocked out Czech 10th seed Petra Kvitova in three sets as Sara Sorribes Tormo backed up her defeat of Barty with a 6-1, 6-4 victory over Fiona Ferro.

Elina Svitolina was in danger of joining the exodus of top players, but the Ukrainian scrapped her way past Ajla Tomljanovic 4-6, 6-3, 6-4.

Medvedev will play the volatile Fabio Fognini in round three, with Spanish sixth seed Pablo Carreno Busta getting the better of Marin Cilic 5-7, 6-4, 6-4.