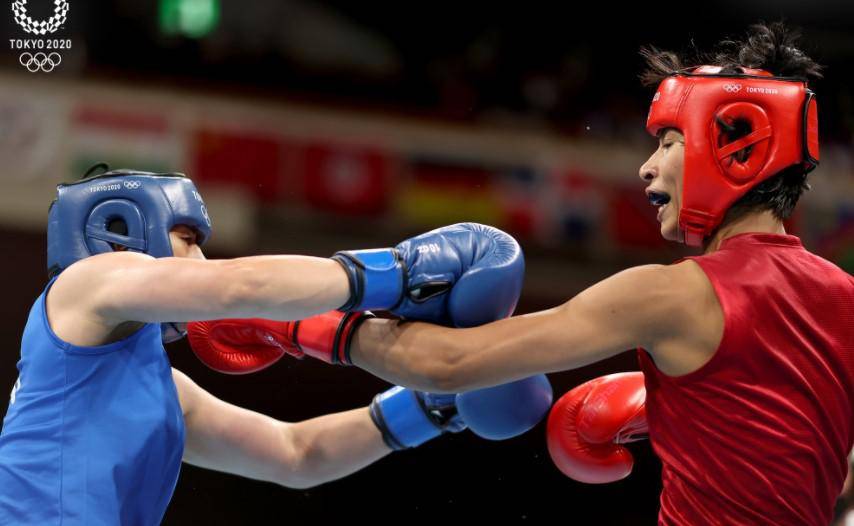 India's Lovlina Borgohain (right) during her victory in the quarterfinals on Friday. (#Tokyo2020 for India Twitter)


Indian boxer Lovlina Borgohain confirmed her place on the podium after storming into the semifinals of the women's welterweight (69-75kg) category at the Tokyo Olympics.

Lovlina beat Chinese Taipei's Nien-Chin Chen, a former world champion, in the quarterfinals at the Kokugikan Arena on Friday.

In boxing, the losing semifinalists earn bronze medals as there are no playoffs for third place.

Lovlina defeated Nien-Chin Chen by a split decision of 4-1.

The Indian pugilist narrowly took Round 1 (3-2), putting pressure on her opponent. Lovlina maintained her rhythm in Round 2, smartly defending Nien-Chin's punches with her excellent footwork.

The 23-year-old did not relent and maintained her dominance in third as she confirmed India’s third medal in boxing at Olympics.

Lovlina also became just the second woman after Indian legend MC Mary Kom -- bronze in the 2012 London Olympics -- to qualify for a medal round.

Earlier, Simranjit Kaur bowed out of the Tokyo Olympics after Thailand's Sudaporn Seesondee defeated her 5-0 in women's lightweight (57-60kg).

Seesondee advanced to the quarterfinals with the victory over Simranjit.