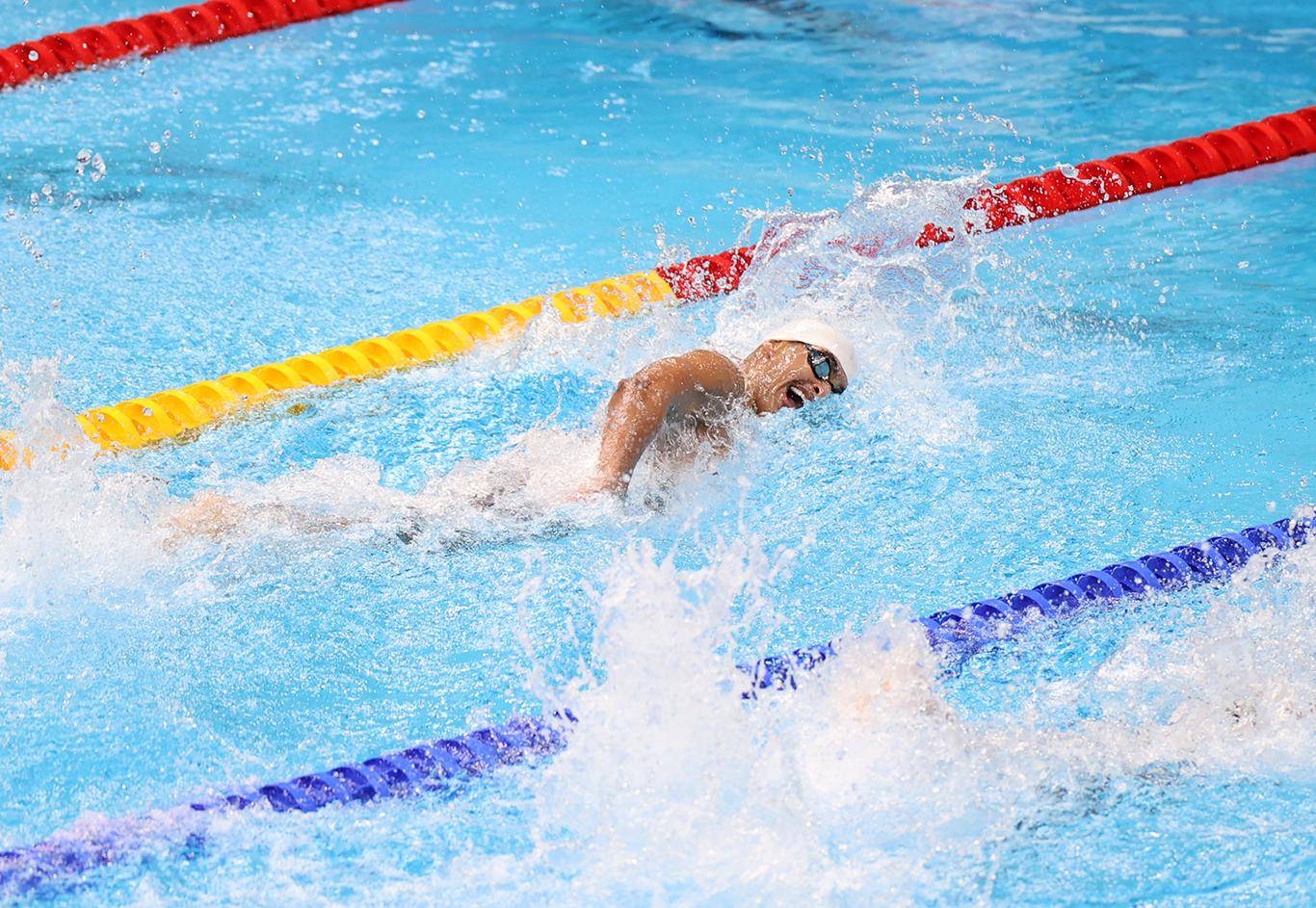 
UAE swimmer Yousuf Al Matrooshi delivered an impressive performance in the 100 metres freestyle heats with a third-place finish at the Tokyo Olympics on Tuesday.

Al Matrooshi marked his Olympic debut by clocking 51.50, finishing behind Mokhtar Al Yamani (50.52) of Yemen and Andrew Chetcuti (51.47) of Malta.

But only the top 16 swimmers from nine qualifying races entered the semifinals of the 100 metres event.

Al Matrooshi failed to make the cut, but the UAE youngster was happy with the performance in his first appearance at the Olympics.

Sultan Al Samahi, president of the UAE Swimming Federation, said Al Matroushi’s participation in Tokyo was a new beginning for the swimmer.

Al Samahi believes the 18-year-old Al Matroushi, who has broken several national records, has what it takes to be the best swimmer in UAE history.

Al Matrooshi, UAE’s flagbearer at the Tokyo opening ceremony, said he was proud to have represented UAE at the Tokyo Olympic Games, thanking the National Olympic Committee, General Sports Authority, UAE Swimming Federation, Dubai Sports Council and the other sports organisations for the constant support.

"I will focus on giving my best performance in the important upcoming events, including the World Short-Distance Swimming Championships in Abu Dhabi in December,” Al Matrooshi said in Tokyo.

“I will also prepare for the Arab and Gulf Swimming Championships. All championships are challenging and I can gain new experience and improve my skills."

Al Matrooshi also said on Tuesday that he would work very hard to qualify for the next two Summer Olympic Games in Paris (2024) and Los Angeles (2028).

“My ambition is to compete in at least three Olympics. I want to be the first Emirati to compete in three consecutive Olympics,” Al Matrooshi had told Khaleej Times before leaving for Tokyo.

UAE’s next competitor at the Tokyo Games will be judoka Ivan Remarenco.

A bronze medallist at the 2014 World Judo Championships, Remarenco will participate in the over 100-kg event.

He will take on Shady El Nahas of Canada in the round of 32 clash on Thursday.

Meanwhile, UAE sprint star Hassan Al Noubi will run in the 100-metre heats on Saturday (July 31). Al Noubi has won the 100-metre and 200-metre races at the national level.