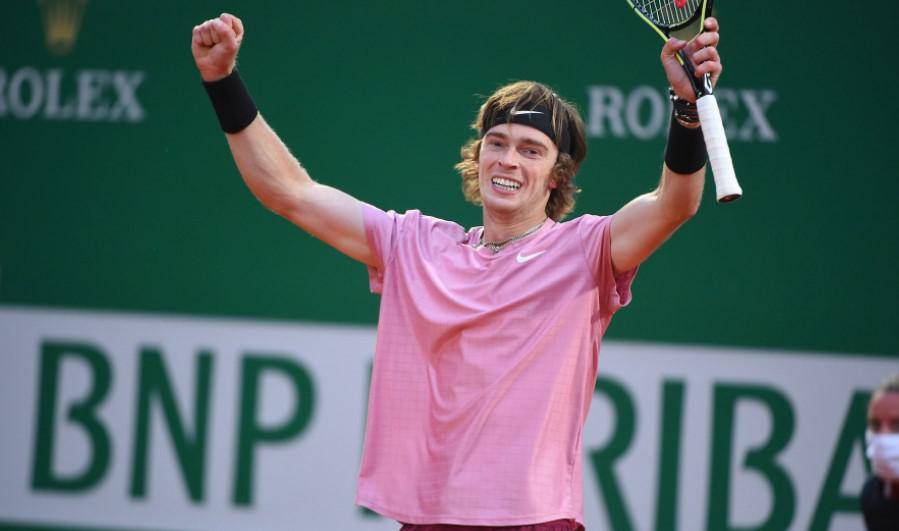 
Rafael Nadal’s bid for a 12th Monte Carlo Masters title was shattered by Russia’s Andrey Rublev, who swept to a 6-2, 4-6, 6-2 quarterfinal win on Friday.

Nadal, bidding to reach the semifinals of a Masters event for the 75th time, followed world number one Novak Djokovic, who was beaten in the third round, out of the tournament.

“For Rafa, it must be incredibly difficult to play with this pressure of always having to win,” said Rublev who also made the Miami Masters semifinals at the start of April.

“I’m shocked to see the level which he can reach despite this pressure. It’s much easier to play when you have nothing to lose.”

It was only the second time in 16 appearances in Monte Carlo that Nadal had failed to make the semifinals.

World number eight Rublev will face unseeded Casper Ruud, who put out defending champion Fabio Fognini, for a place in the final.

The other semifinal will feature Greek fourth seed Stefanos Tsitsipas against Britain’s Dan Evans, the man who shocked Djokovic in the third round.

Tsitsipas is the highest seed left after world number two Daniil Medvedev was forced to withdraw due to a positive Covid-19 test.

Rublev is no stranger to taking out the big names — back in 2019, he stunned Roger Federer at Cincinnati in just 62 minutes.

On Friday, the 23-year-old won the first set in 38 minutes but Nadal then pocketed the last four games of the 73-minute second set to level the contest.

In the decider, Rublev held his nerve, breaking the Spaniard three times on his way to a famous win.