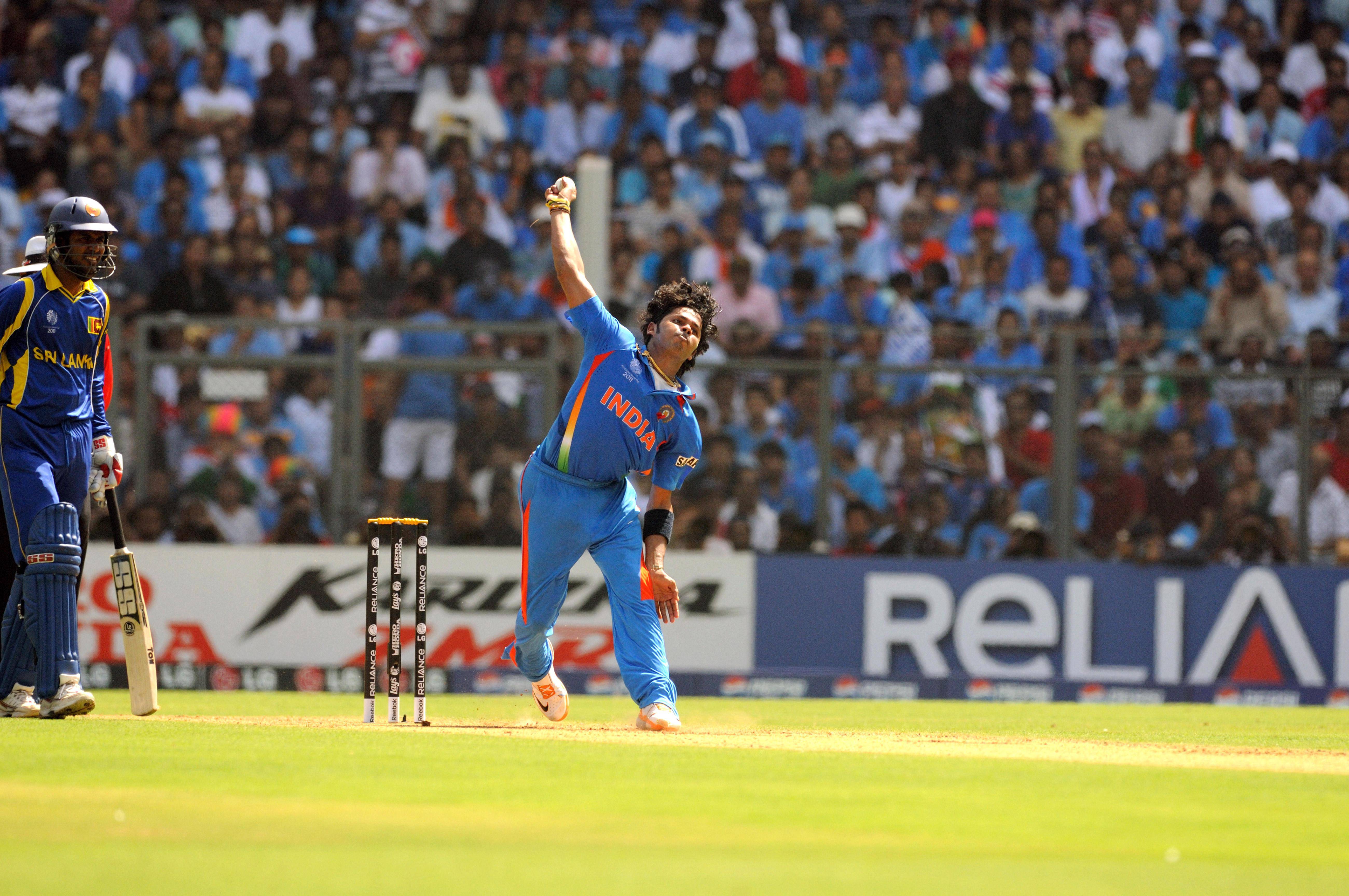 Sreesanth in action at the ICC Cricket World Cup finals in 2011. Photo: Alamy

His Twitter bio reads: “Never ever give up.” And that rightly sums up yesteryear Indian speedster S Sreesanth.

Banished for his role in a spot-fixing scandal that had rocked the popular Indian Premier League (IPL) in 2013, Sreesanth didn’t give up.

And following his curtailed ban, the Kerala pacer returned to competitive cricket and hurled a ball in anger for the first time in over seven years.

Thanks a lot for all the support and love ..it’s just the beginning..with all of ur wishes and prayers many many many more to go..lots of respect to u nd family .. #blessed #humbled #cricket #bcci #kerala #love #team #family #india #nevergiveup pic.twitter.com/bMnXbYOrHm

While the pace expectedly may have not been what it once was, it was a decent first outing.

‘Fabid Ahmed bowled Sreesanth’ on the scorecard would have made for a pleasant reading for him and his fans. He bowled four overs against Puducherry and gave away 29 runs and picked up a single wicket.

Sreesanth, who played 27 Tests and took 87 wickets for India, had also featured in 53 One Day Internationals (ODIs) with 75 scalps.

He may have reckoned that this was just the start of his second coming.

“Thanks a lot for all the support and love...it’s just the beginning…with all of your wishes and prayers many more to go…lots of respect to u and family… #blessed #humbled #cricket #bcci #kerala #love #team #family #india #nevergiveup,” Sreesanth tweeted.