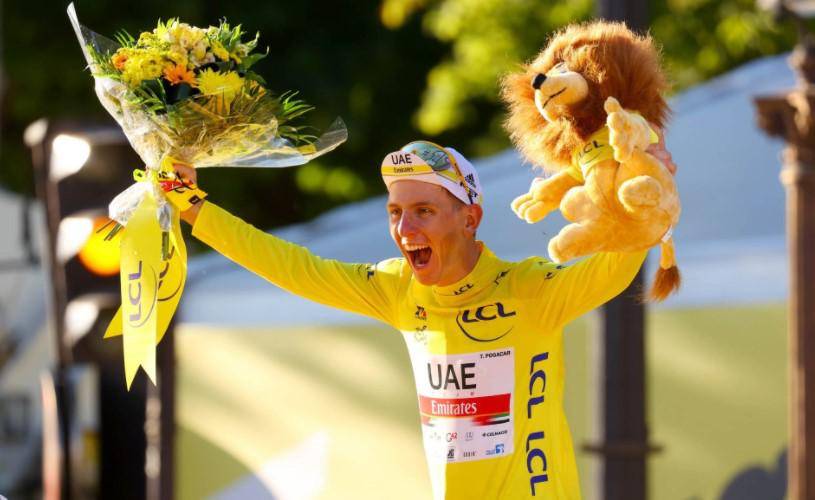 
Tadej Pogacar, who won the Tour de France this year for the second time, has extended his contract with UAE Emirates until 2027, the team said on Friday.

The 22-year-old Slovenian, who recently also won a bronze medal at the Tokyo Olympics has signed "one of the longest contracts in the history of professional cycling," it said in a statement.

"I'm really happy to be able to commit my future to the team and stay here for the next years," Pogacar said in the team statement.

We are delighted to announce that @TamauPogi has signed a new deal with the Emirati squad until 2027!

"I feel at home here, it feels like a big family. This team is a really good fit for me and I am fortunate to say that I have not only found colleagues but friends."

"I'm excited for the years ahead and what they will bring, hopefully more success for me and for the team. I hope we are inspiring lots of kids to ride bikes."

Pogacar first signed with the team in 2019 and Friday's announcement marks his third extension. In 2020 he extended his contract until 2024 and in early 2021 he extended for another two years.