May at the double as England down Ireland in Nations Cup 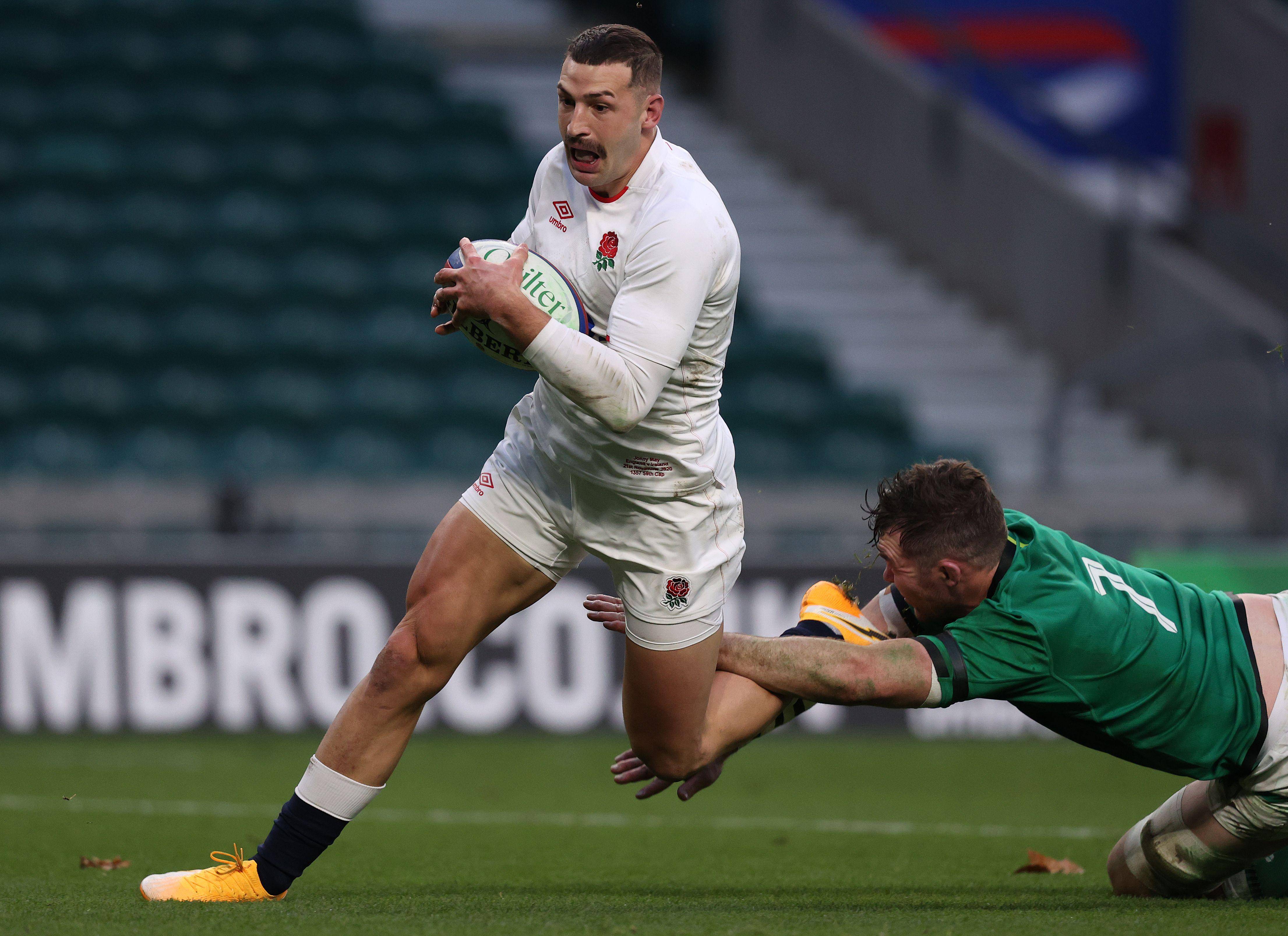 Jonny May scored two tries as England beat Ireland 18-7 in an Autumn Nations Cup international at Twickenham on Saturday.

The result meant Six Nations champions England had won both their opening two Pool A matches, with his victory their fourth win in a row over Ireland.

England dominated the opening 40 minutes but still only led 12-0 at half-time thanks to dashing wing May’s double, with one try converted by captain Owen Farrell — the son of Ireland coach Andy Farrell.

But two Owen Farrell penalties early in the second half at a once again eerily quiet Twickenham, with this match being played behind closed doors because of the coronavirus, gave England breathing space.

By the time Ireland replacement Jacob Stockdale scored a 73rd-minute converted try, England had the game won after their defence had repeatedly denied the Irish a score.

Both teams kicked off on the back of decisive home pool wins, England thrashing Georgia 40-0 in a dour, forward-dominated display last week when Ireland overwhelmed Wales 32-9.

Ireland, however, were without injured veteran fly-half and captain Johnny Sexton, with Ross Byrne at No 10, while Jamison Gibson-Park kept vastly experienced scrum-half Conor Murray on the bench.

It was the first time that neither Murray nor Sexton had started for Ireland since 2011.

Meanwhile, England coach Eddie Jones opted to deploy a back-row of No 8 Bully Vunipola and flankers Tom Curry and Sam Underhill for only the second time since last year’s World Cup final defeat by South Africa.

A scrappy start saw England decline several kickable penalties before their tactic of opting for attacking line-outs was rewarded in the 17th minute.

England lock Maro Itoje, who had a fine game, won set-piece ball near Ireland’s line and fly-half Farrell’s well-judged cross-kick saw a leaping May out-jump Ireland full-back Hugo Keenan for a try in the right corner.

Farrell missed the conversion but seven minutes later England had more than doubled their lead thanks to a brilliant solo score by May.

Ireland over-threw a line-out on England’s 22 and the ball came out on the left to May.

Running from deep, May beat Chris Farrell on the outside and then left Bundee Aki, Ireland’s other centre, trailing in his wake.

May then chipped the ball over Keenan and hacked ahead.

His second kick of the move bounced kindly for May, who regathered and held off Gibson-Park for a fine try between the posts, with Farrell adding the easy conversion.

May then proved himself in defence, hauling down wing Keith Earls to snuff out a rare Irish break, with England’s forwards, as they did throughout the match, winning important turnover penalties at the breakdown.

England almost had a third try before half-time but Underhill, having stripped the ball from Gibson-Park near Ireland’s line, was ruled to have played the ball from the tackle by referee Pascal Gauzere.

Farrell, however, extended England’s lead early in he second half with two penalties.

Ireland laid siege to England’s line but it was not until Stockdale regathered centre Billy Burns’ clever chip ahead seven minutes from time that they had a score to show for their efforts.

England will look to complete an unbeaten group campaign away to Wales next week, when Ireland are at home to Georgia.