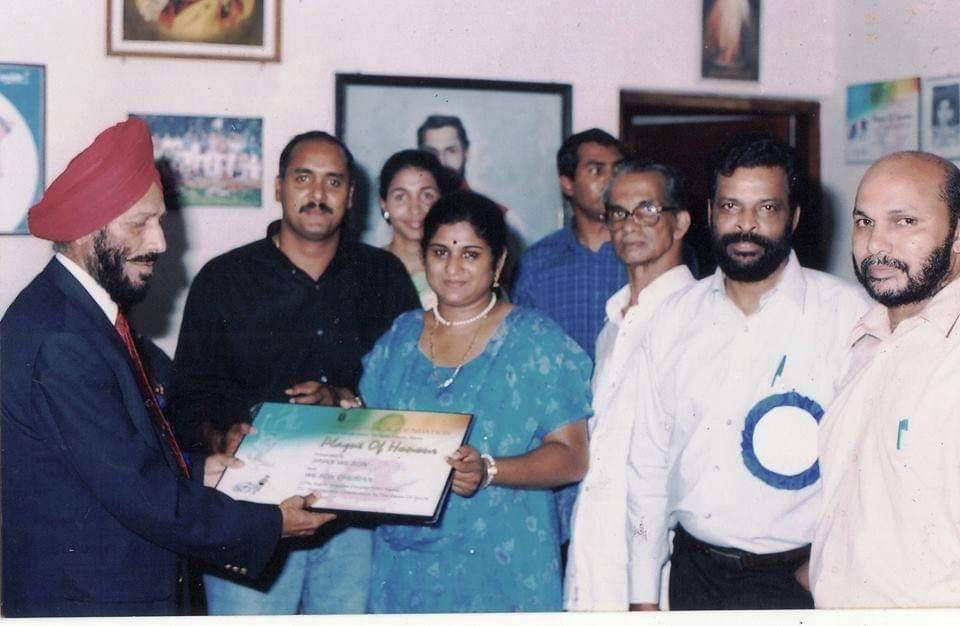 Shiny Abraham Wilson and Milkha Singh, who died in Chandigarh on Friday after a month-long battle with Covid-19, had a shared history, albeit 26 years apart.

Singh, India’s greatest track and field athlete, arrived at the 1960 Rome Olympics as one of the favourites to win the 400 metres gold.

He was leading the final until “a momentary lapse of reason and a self-confessed error in judgement” saw him finish fourth.

The only athlete to have won the 400 metres gold medal both at the Asian Games and the Commonwealth Games, Singh lived with the Rome Olympics regret until his last breath.

Similarly, Abraham Wilson was tipped to win the 800m race at the 1986 Seoul Asian Games.

She was the first one to reach finish line, but when the results were declared, it turned out to be the lowest point of her illustrious career.

Unfortunately, she missed out on a gold medal because of a technical error she had committed on the track.

She had violated the rules, which stipulate 800m runners to stick to their designated lane till the first 200m, by changing the tracks before the cut-off mark.

But the gritty athlete overcame the trauma and went on to win a silver in 400m the following day, with her famous compatriot PT Usha taking the gold.

Abraham Wilson, who works for the Food Corporation of India (FCI) in Chennai, fondly remembers Singh.

“He was a father figure to athletes of our generation. I distinctly remember his role as the manager of the World Junior Athletics Championship in Seoul in 1982. It was my first trip abroad,” Abraham Wilson told Khaleej Times over the phone from Houston, Texas, where she is currently visiting her brother.

Abraham Wilson then revealed how Singh helped her understand the importance of adapting to different types of food for international athletes.

“(In that 1982 championship) I found the Korean food bland and unpalatable, as I was used to staple rice and curry of my native Kerala. Singhji, however, kept on goading me when I didn’t take to Korean food and lived off fruits largely in the run-up to the competition,” she recalled.

“He’d tell me to adapt my food habits because I’d not be able to perform unless I ate well. His encouragement went a long way and I stood by that dictum all through my sporting career.”

It was in 2003 that Abraham Wilson met Singh in person for the last time in Kerala after compatriot Anju Bobby George had just returned with a bronze medal in long jump at the World Championships (Paris).

“He was always humble and affectionate towards us. That’s how I’d like to remember him. Covid-19 has been wreaking havoc on humanity. It’s unfortunate that he succumbed to the contagion, and a race against death he couldn’t win – even though he fought valiantly until the end,” Abraham Wilson signed off.