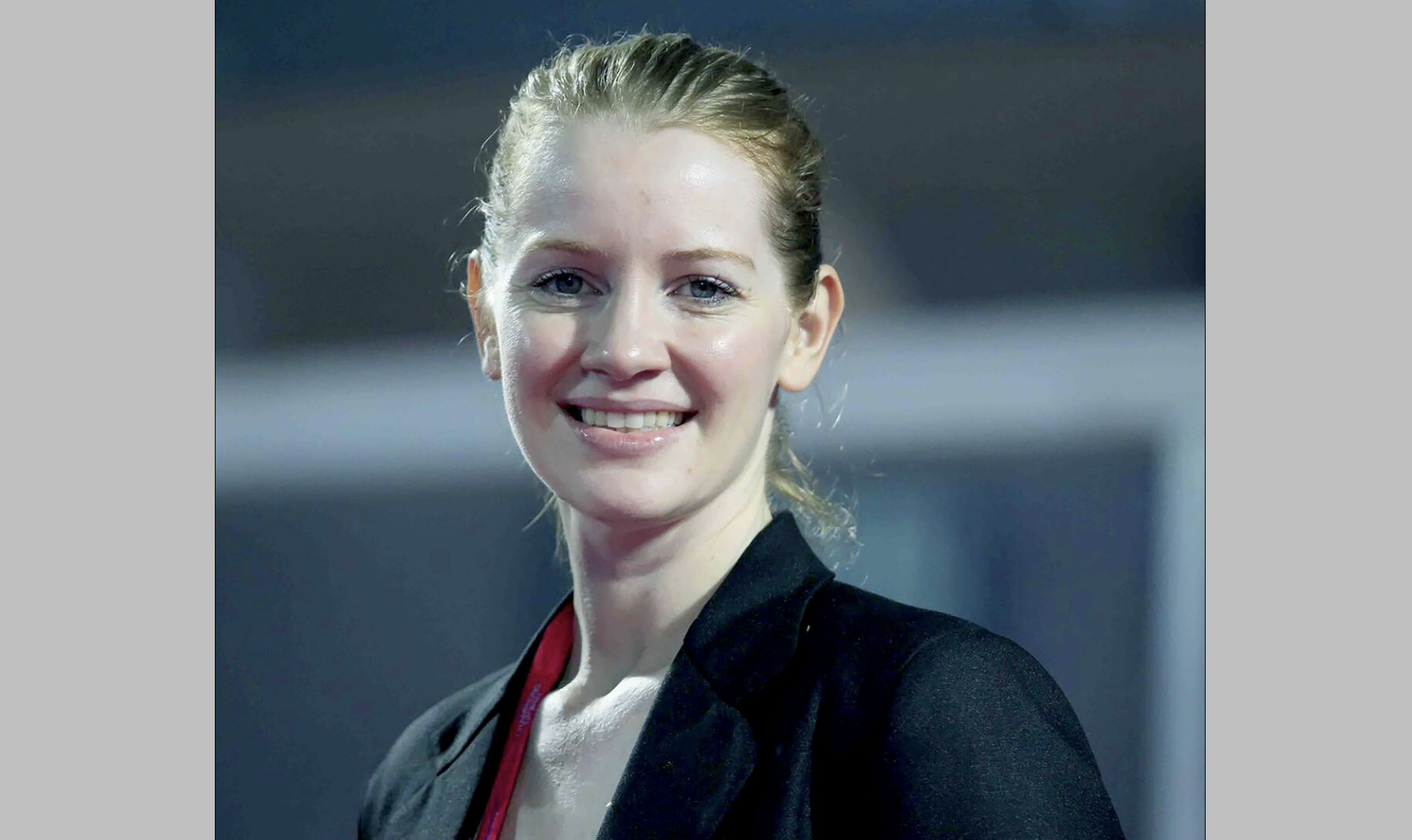 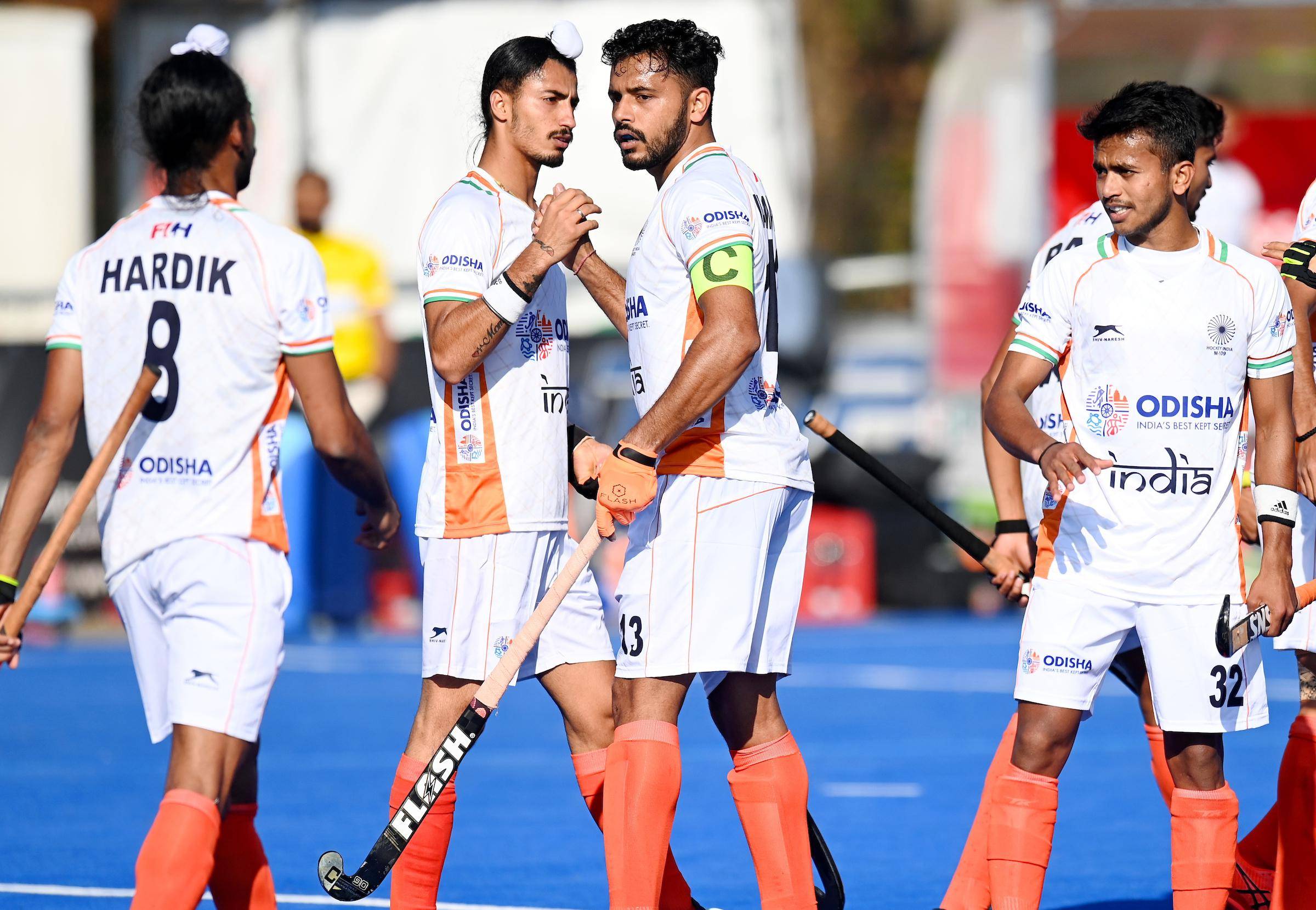 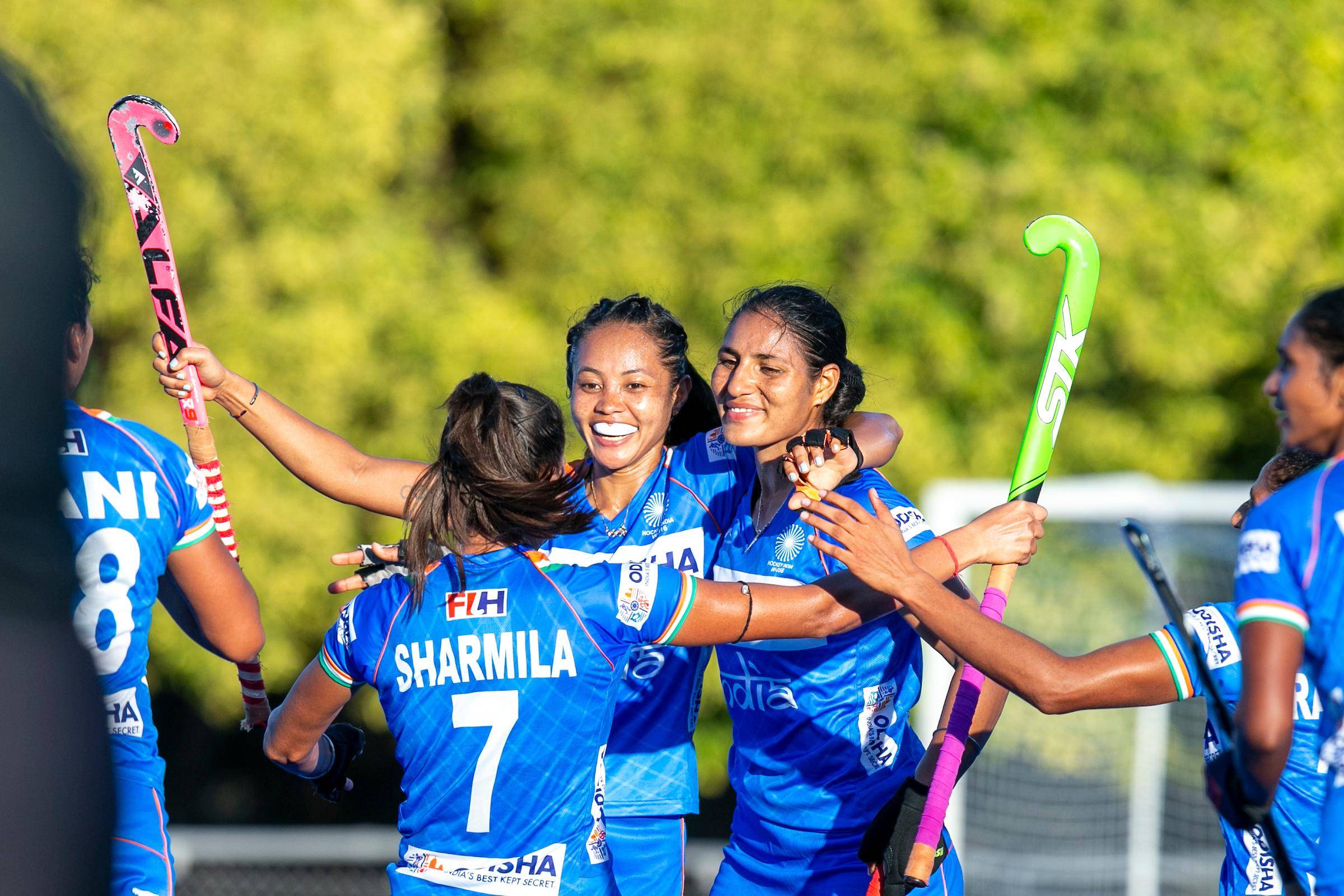 The Indian players celebrate a goal during a practice match.


Elena Norman, the Chief Executive Officer (CEO) of Hockey India, has been involved with the Indian sports industry for well over a decade.

Initially, Norman, who hails from Australia, came to India in 2007 and was the Chief Operating Officer (COO) of a sports marketing agency in Delhi. Later, she became the CEO of Hockey India and has been involved in improving the performance of both the men’s and women’s national teams.

The Indian women’s hockey team qualified for the Olympic Games after 36 years when it took part in the 2016 Rio Olympics and climbed to the ninth rank in the Fédération Internationale de Hockey (FIH) rankings during her tenure.

The junior men’s hockey team won the 2016 Junior Hockey World Cup and the Indian men’s hockey squad improved their ranking to number five in the FIH Rankings, thanks to the consistency they have shown in recent years.

Khaleej Times caught up with Norman ahead of Indian men’s and women’s teams participating in the upcoming Olympics Games in Tokyo, Japan, amid the looming shadow of the Covid-19 pandemic, which led to the once-in-a-four-year event’s postponement last year.

Could you tell us about the preparations of the Indian men’s and women’s hockey teams for the forthcoming Tokyo Olympics?

Both teams are currently based in Sports Authority of India (SAI), Bengaluru, where their preparations to excel at the Tokyo Olympics are in progress in full swing. The teams are training in a bio-secure environment to ensure their safety in these challenging Covid-19 times and we are grateful for all the support received from SAI and India’s Ministry of Youth Affairs & Sports (MYAS), who have ensured there are no shortcomings in the teams’ preparations.

Are all the players training at the Bangalore training camp?

Yes, the Olympic Core Probable Group for both men and women is based in SAI, Bengaluru.

Since you’re interacting with them, what are their expectations from the Olympics?

Both teams as well as Hockey India have extremely high expectations and we are all hoping for a podium finish for both teams.

What are the challenges that the Indian men’s and women’s teams are likely to encounter at the Tokyo Olympics?

All teams come to the Olympic Games with a hunger to win a medal. The competition will be challenging in every sense, but this time the Olympic Games will be different from the previous editions. It will be very important for the teams to follow all the International Olympic Committee (IOC) and the Organising Committee (OC) protocols and guidelines to ensure no one in the team tests positive during the Games. I believe the teams are well-prepared to face the challenges posed by their opponents.

You have been associated with Indian hockey for almost a decade. Can you recount some of the highlights that will remain etched in your memory for long?

The junior men winning the FIH Junior Men World Cup 2016 in front of an amazing crowd in Lucknow is certainly a highlight. Another memorable feat was the 2018 FIH Men’s World Cup hosted by Hockey India in Bhubaneswar, Odisha. The entire team along with our partners in the Odisha Government had worked really hard to ensure a world-class event and the execution was absolutely perfect and we received accolades globally for its success; it was an event that we can all be very proud of.

Something that’s also very close to my heart is the launch of Hockey India Coaches Education Pathway, a simplified education structure that provides certification to develop coaches from grassroots through to a high performance/ international level. This initiative will in the coming years enhance the coaching parameters at the domestic level, strengthen the grassroots structure which will in turn help in building a robust national team in both men’s and women’s hockey.

How many hours do you work daily? Is it tough coordinating with the players, the other officials, and even the government?

On average about 10 hours per day, at least six days a week, and during events Hockey India is hosting then the work hours easily go up to 16 hours. But I have a strong support system at Hockey India with professionals who are very committed to the goals. We have over the last 10 years put the Federation on a professional path and have worked towards ensuring even the state member units have a similar professional approach that we pride ourselves on.

The domestic structure is well-oiled with regular tournaments for sub-junior, junior and senior levels and the national programme for Indian teams is planned well in advance. We have an excellent relationship with our partners in the Odisha Government and they strongly share our vision for the development and growth of the sports. We share a good rapport with the SAI and MYAS and we are grateful for their support in developing and growing hockey further.