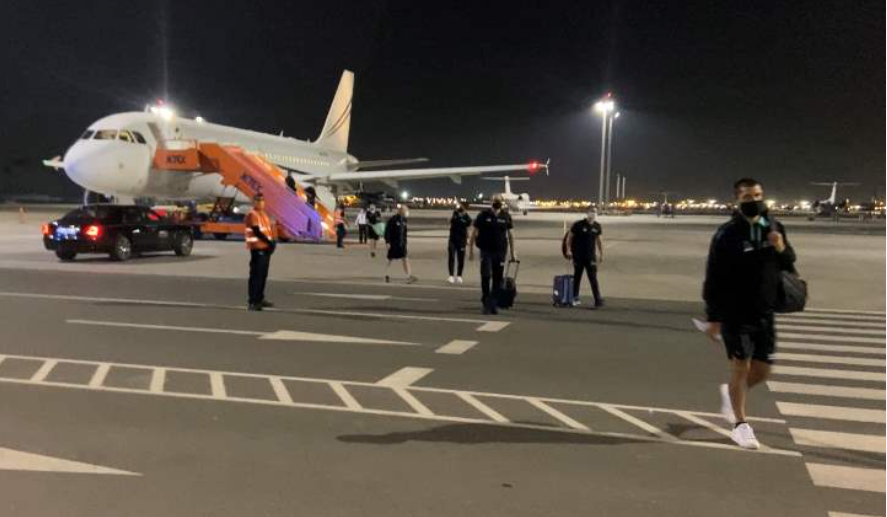 The BLACKCAPS have arrived in Dubai after leaving Islamabad on a charter flight last night (New Zealand time).

The contingent of 34 players and support staff are now settling into their Dubai hotel and undergoing their 24-hour period of self-isolation.

Of this group, 24 will return to New Zealand over the next week or so, as flights and Managed Isolation and Quarantine (MIQ) rooms in New Zealand become available.

The BLACKCAPS have arrived in Dubai after leaving Islamabad on a charter flight last night (New Zealand time).

The players and support staff are now settling into their Dubai hotel and undergoing a 24-hour self-isolation.

The MIQ arrangements initially booked for these squad members at the end of the Pakistan tour will now be cancelled.

The balance of the touring party will remain in the UAE and join up with the BLACKCAPS T20 World Cup squad, ahead of that tournament commencing on October 17.

New Zealand Cricket chief executive David White said he was grateful to the Pakistan Cricket Board for helping organise the safe departure of the New Zealand team.

“We appreciate this has been a terribly difficult time for the PCB and wish to pass on our sincere thanks to chief executive Wasim Khan and his team for their professionalism and care.

Mr White said NZC and the BLACKCAPS had been very much looking forward to the Pakistan series but were faced with no option but to abandon the tour after receiving, on Friday, advice from the New Zealand government of a specific, credible threat.

This advice was supported by NZC’s security consultants – who were on the ground in Pakistan, and by other independent sources.

While the general tenor of the threat was immediately shared with the PCB, Mr White reiterated that specific details could not, and will not, be disclosed – privately or publicly.

“What I can say is that we were advised this was a specific and credible threat against the team.

“We had several conversations with New Zealand government officials before making the decision and it was after informing the PCB of our position that we understand a telephone discussion was conducted between the respective Prime Ministers.

“Unfortunately, given the advice we’d received, there was no way we could stay in the country.”

Mr White said NZC remained comfortable with its initial decision to tour Pakistan, based on comprehensive assessments of the security situation, and the risk mitigation measures promised.

“Everything changed on Friday,” he said. “The advice changed, the threat level changed and, as a consequence, we took the only responsible course of action possible.”