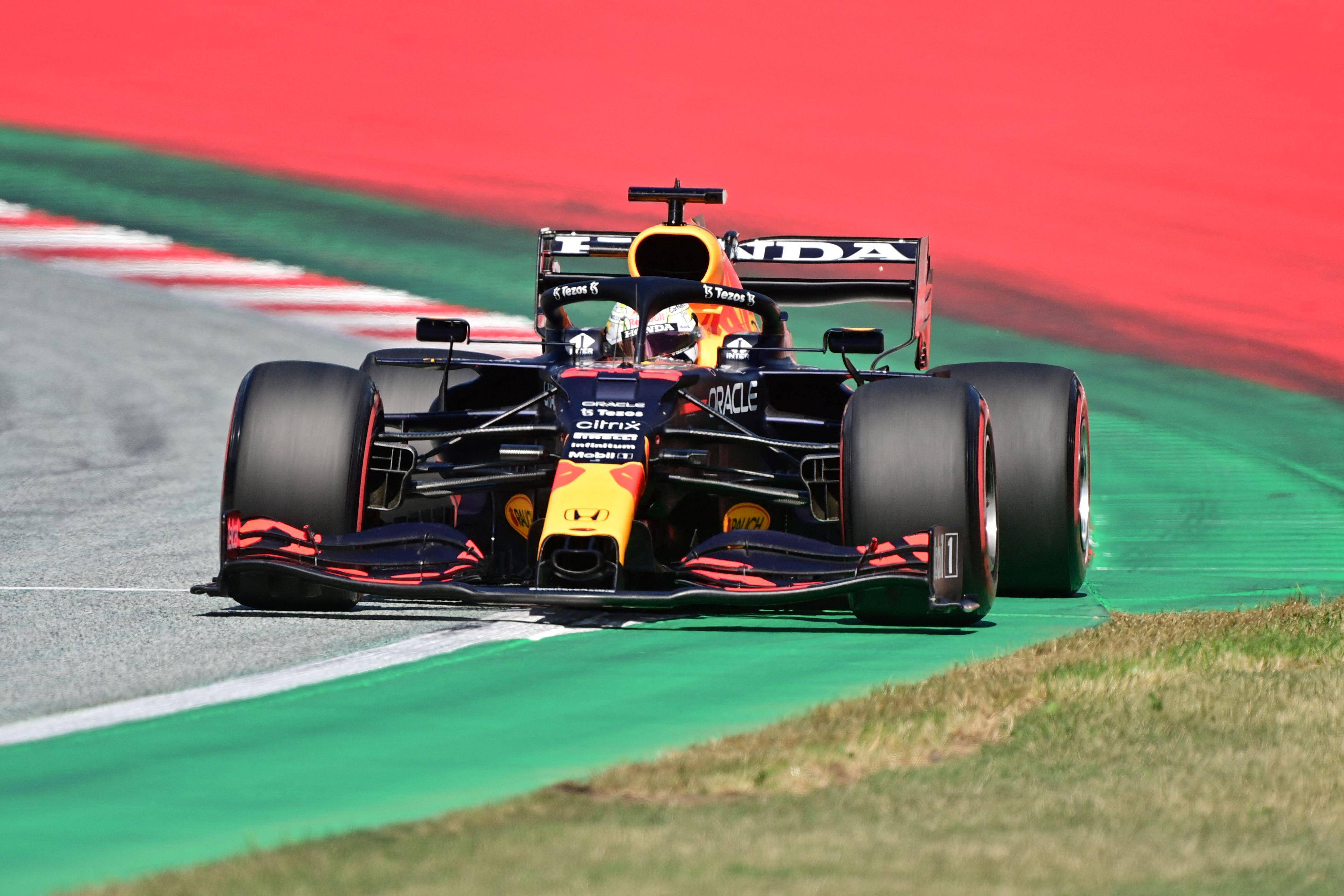 Verstappen produced the quickest lap in qualifying on Saturday

Verstappen leads Hamilton by 12 points after seven rounds, with three wins each, and Sunday’s race promises to be another thrilling battle between the championship’s two outstanding drivers.

The pole was Verstappen’s second in a row after France last weekend, and third of the season. It was also Red Bull’s first at the Spielberg circuit.

“I’m sure again tomorrow it will be very tight,” said the Dutch driver after posting a fastest lap of one minute 03.841 seconds.

“Hopefully again it will be as interesting as in France,” added Verstappen, who won at Le Castellet after overtaking Hamilton on the penultimate lap as part of a bold two-stop strategy.

Hamilton said he had done all he could but his second run had not been one of his best efforts and he made mistakes on the final run.

“Nonetheless it’s still on the front row after the penalty,” said the Briton.

“We go into the race tomorrow for a fight.”

McLaren’s Lando Norris will start third with Red Bull’s Sergio Perez fourth following the grid drop imposed on Bottas for dangerous driving when he spun his car across the pitlane on Friday.

Britain’s George Russell, the main contender to partner Hamilton at Mercedes next season if that team decides not to extend Bottas’s contract, qualified an impressive 11th for struggling Williams.

That put the youngster ahead of a Ferrari, a McLaren, an Aston Martin and an Alpine as well as Canadian team mate Nicholas Latifi and both of the Alfa Romeo and Haas drivers.

Red Bull are chasing their fourth successive victory after winning in Monaco, Azerbaijan and France. The team last won four in a row in 2013, before the V6 turbo hybrid era ushered in seven years of Mercedes domination from 2014.