UFC GYM a breeding hub for next Khabib 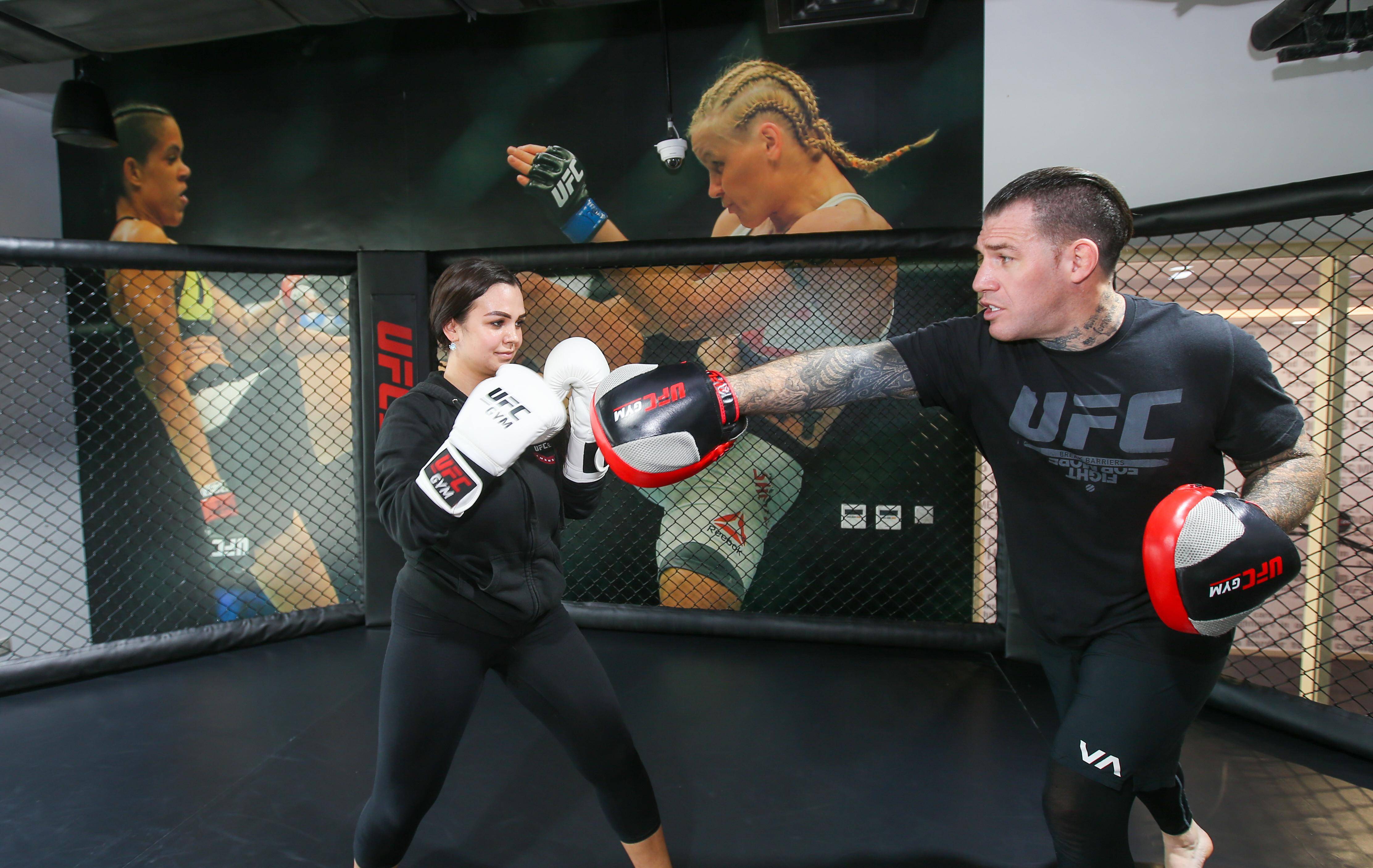 Fitness manager and head coach of UFC GYM, Tolly Plested, during a training session with an aspiring athlete in Abu Dhabi. — Photo by Ryan Lim

Following the successful UFC Fight Island series, the UFC GYM offers athletes and community members first-hand experience and benefits of the MMA and combat sports style of training provided by certified coaches. The facility is a potential breeding ground for the next Khabib Nurmagomedov and Conor McGregor – two icons featured prominently on the walls on the second floor.

“UFC GYM has been in the UAE since 2016, and through popularity we opened up another one in 2017, also in Dubai. With the growing popularity of the brand in Abu Dhabi and the Fight Island, we have opened the first club here, and there are plans to open a second one before the end of the year,” Tolly Plested, UFC GYM fitness manager and head coach, said.

Plested has been the head judge of the local MMA promotion the UAE Warriors.

“UAE Warriors was the first fight promotion, which started to create some interest among people. And when (UFC president) Dana White came up with the concept of Fight Island, the whole world’s focus turned here. This has now become the capital for mixed martial arts in the world,” said Plested, a former professional MMA athlete and first-degree Brazilian jiu-jitsu blackbelt.

Plested pointed out that all the training sessions are fight-specific preparations for MMA, boxing, kick-boxing, jiu-jitsu or other combat sports.

“I believe everyone should train in martial arts. We are bound to find the next Khabib right here in Abu Dhabi. I am sure. We are going to train you like a champion to get those championship results.”

The club has a ‘Train Different’ philosophy that brings the world of MMA to the masses.

“This is a facility for the whole family to train, learn and enjoy martial arts.”

The ground floor has a big dedicated space for functional fitness, i.e., offering intense training sessions with cardio workouts to strengthen your body, burn calories and lose weight. A person can flip tyres of 40, 60 and 80 kgs, try agility ladders, use kettlebells, barbells and battle ropes, and sprint, jump and explore more drills.

“There are various workouts we can arrange depending on the needs of our members. You get fun workouts and great results. We bring the team spirit of martial arts to everyday training.”

On the second floor is the octagon and training ground for jiu-jitsu, martial arts and bag workout.

“We accommodate most of the martial arts classes there. Women and children can learn self-defence techniques. And on the third floor is the more traditional weights area and cardio sections. There are yoga and pilates.”

Following Covid-19 protocols in Abu Dhabi, only children from the age of 12 and above are allowed entry as of now.