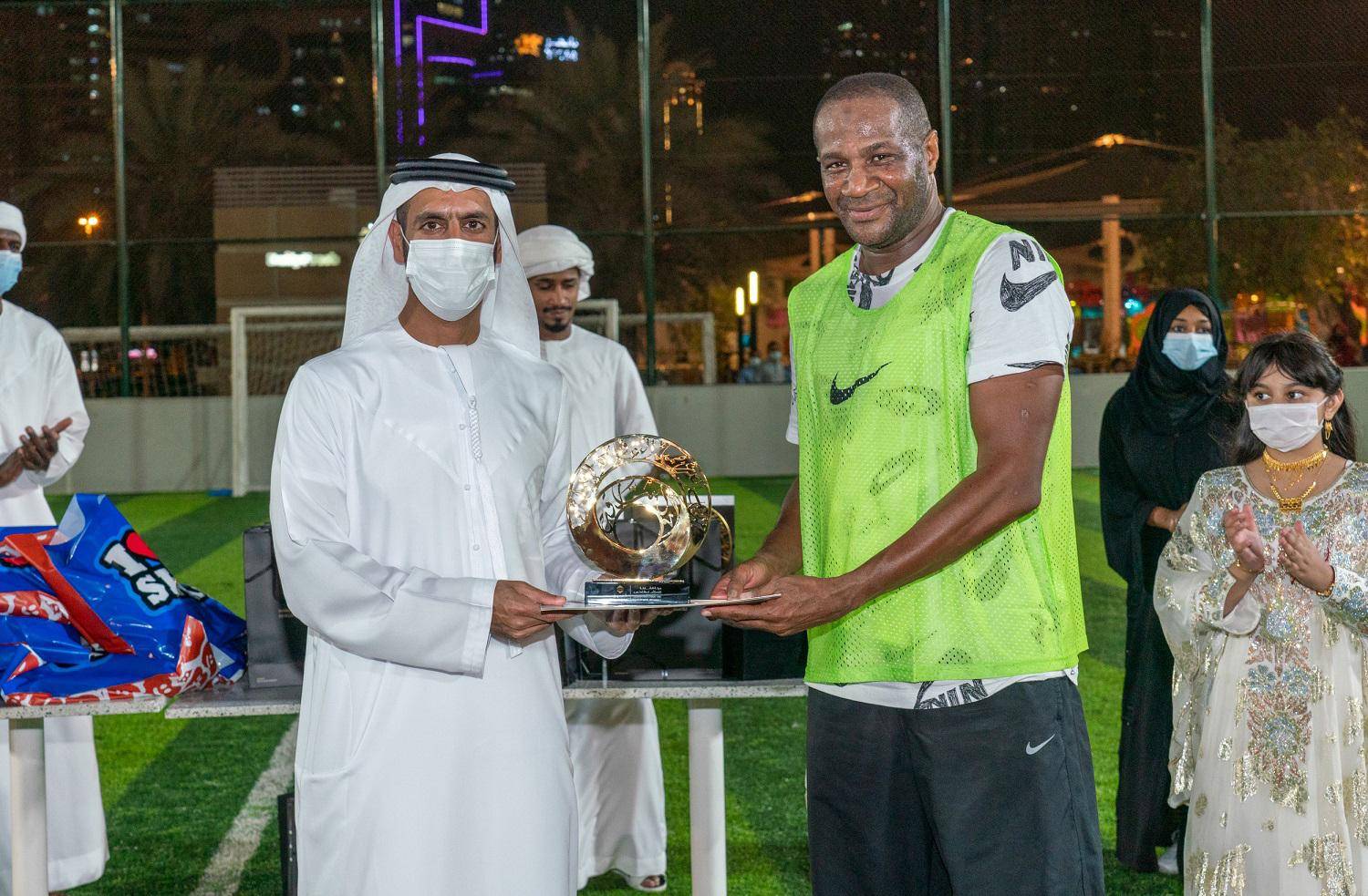 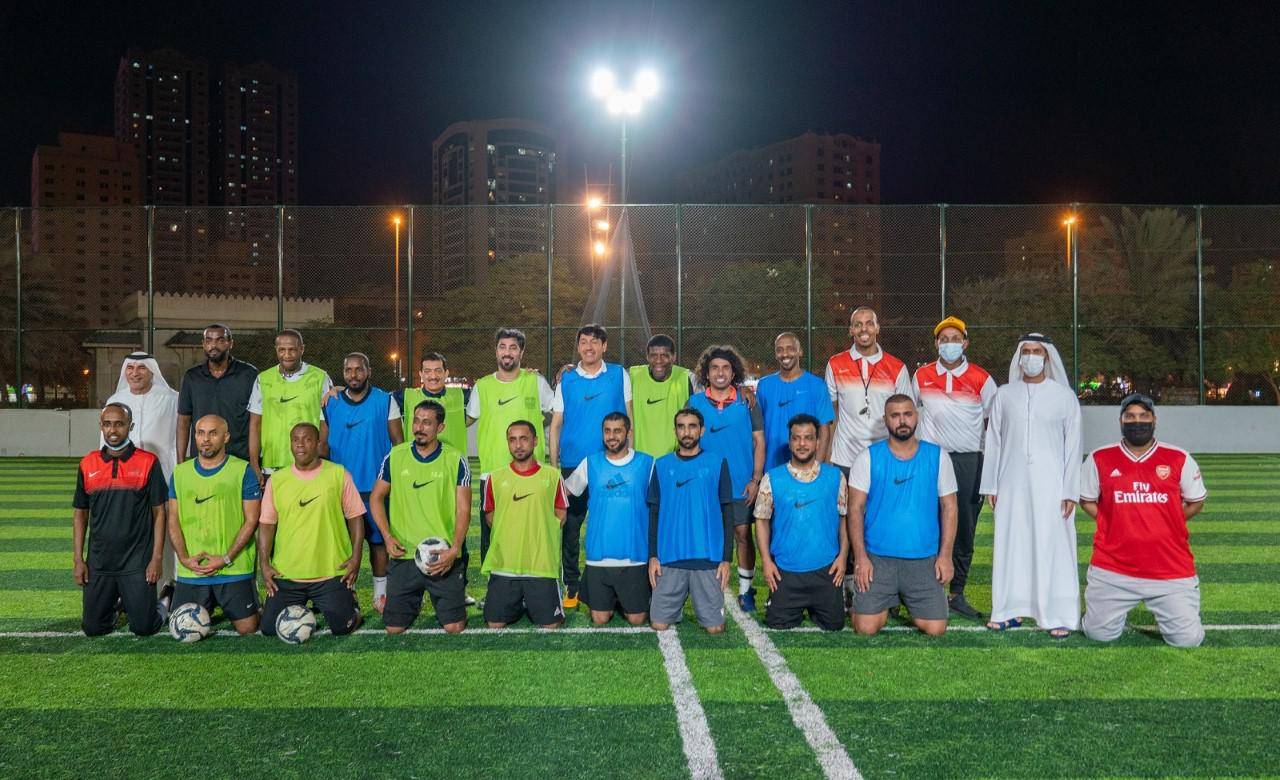 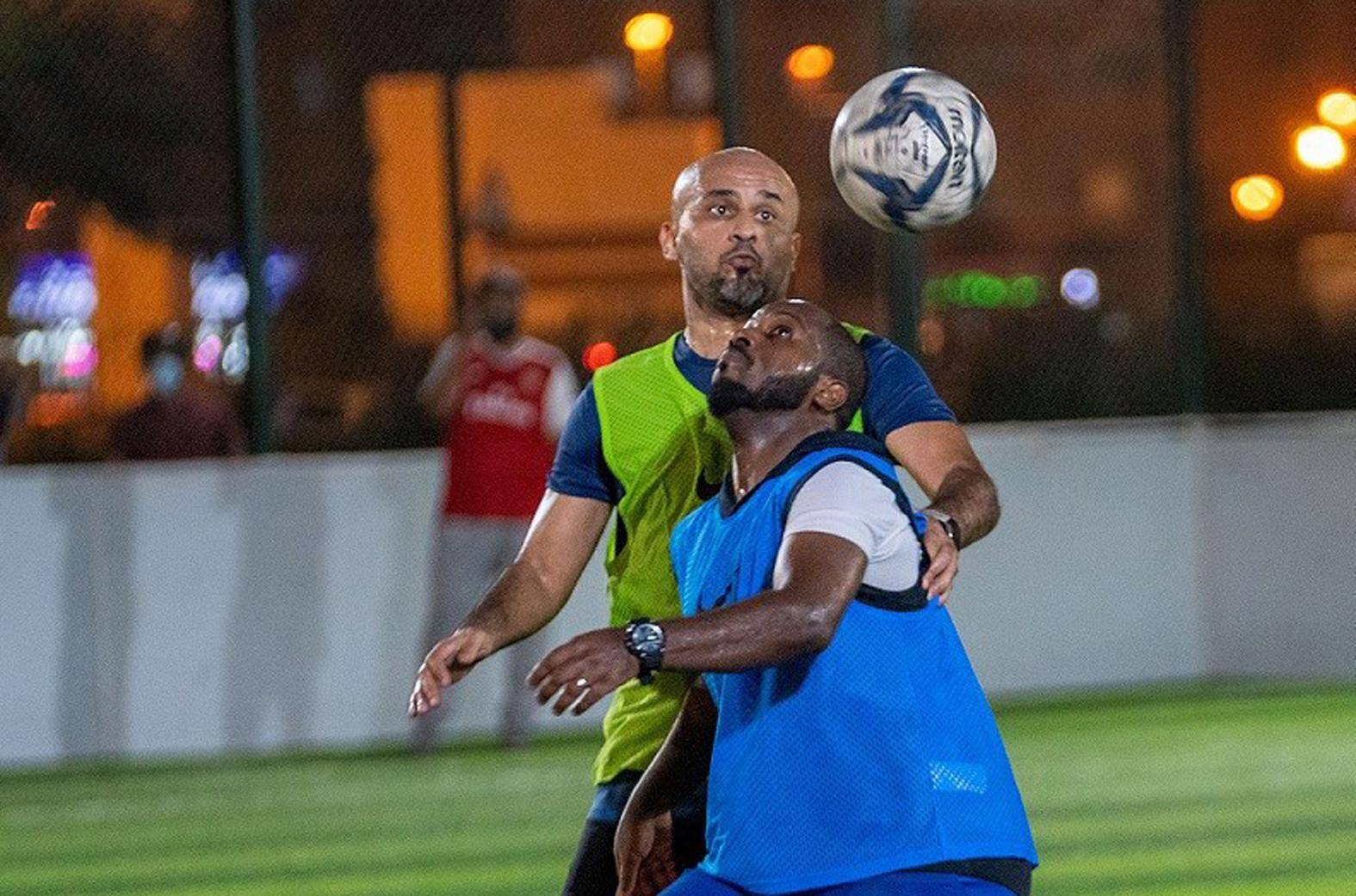 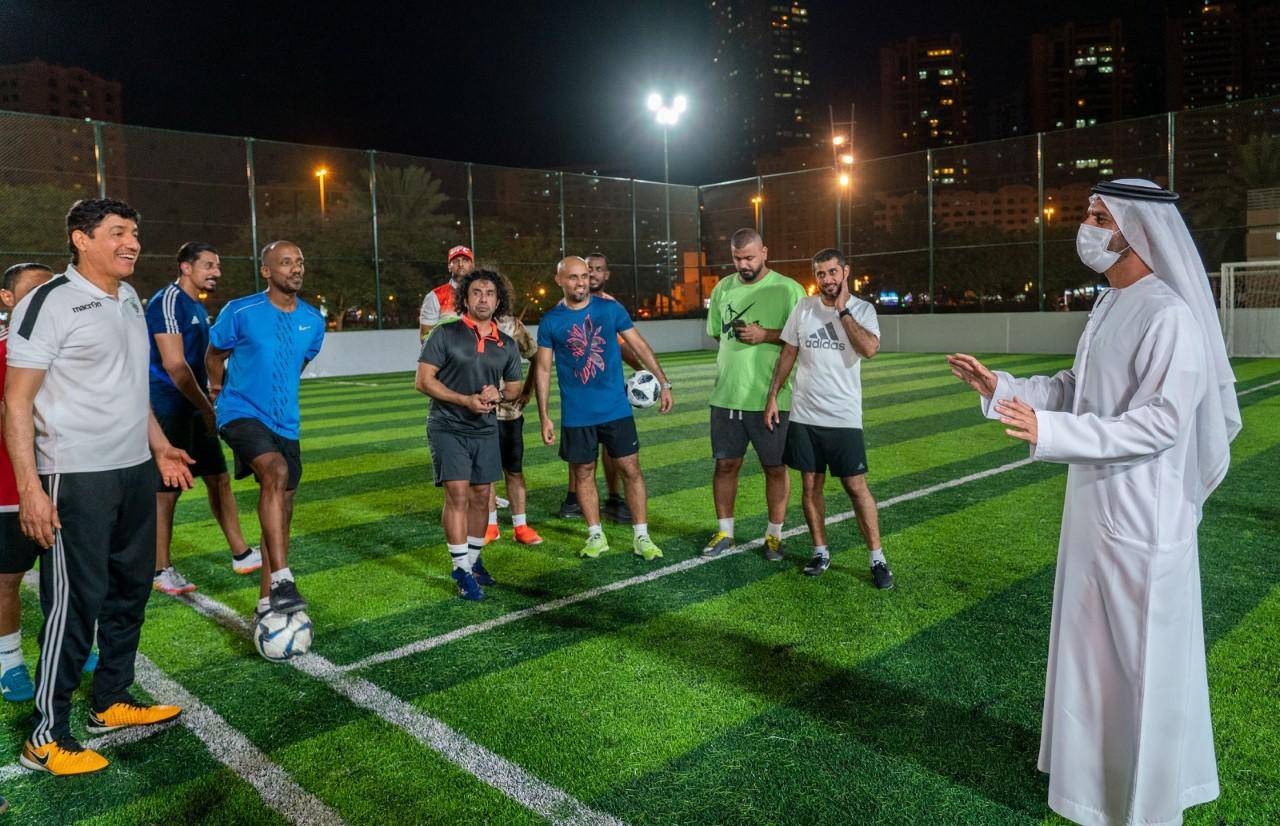 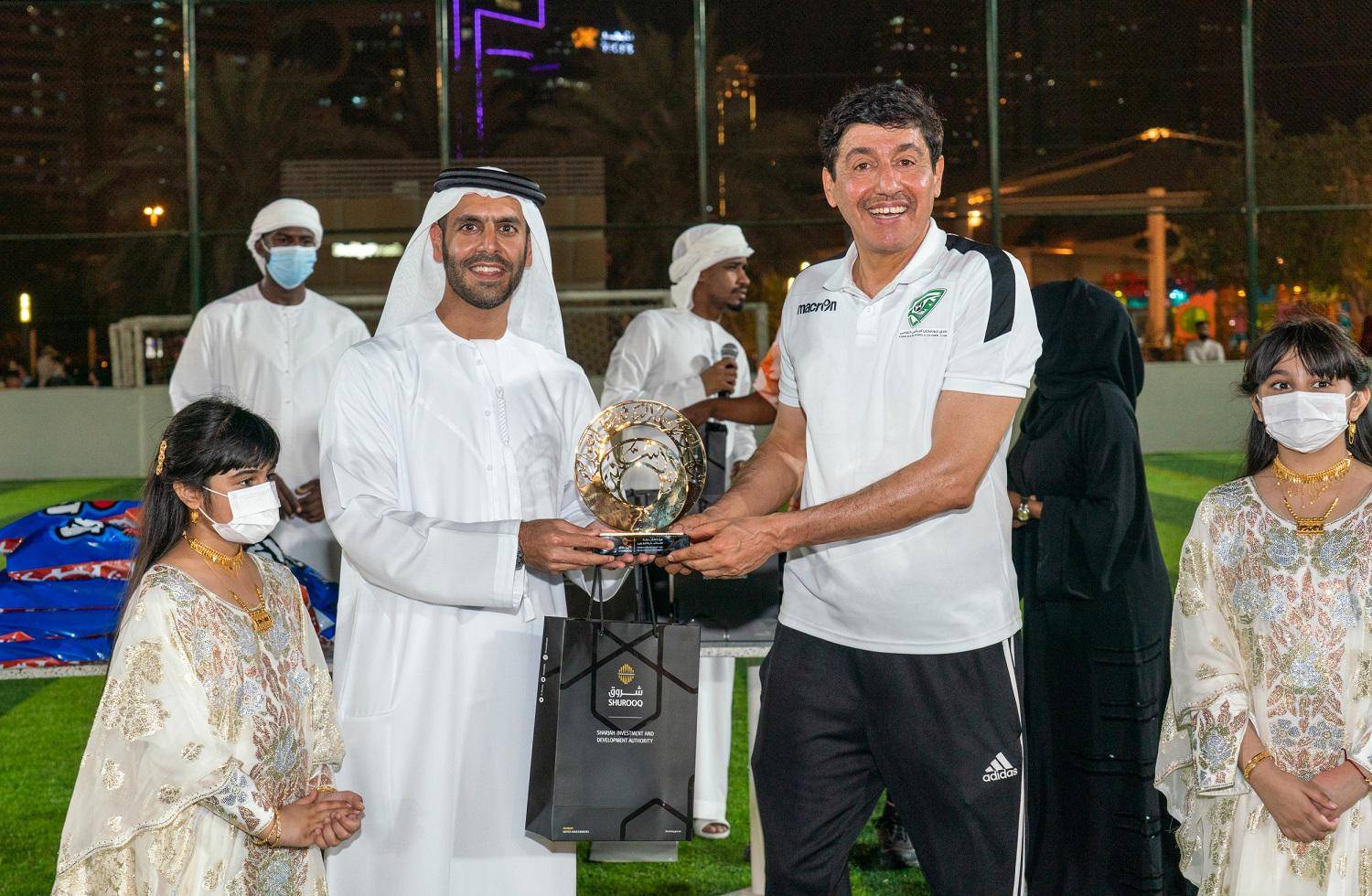 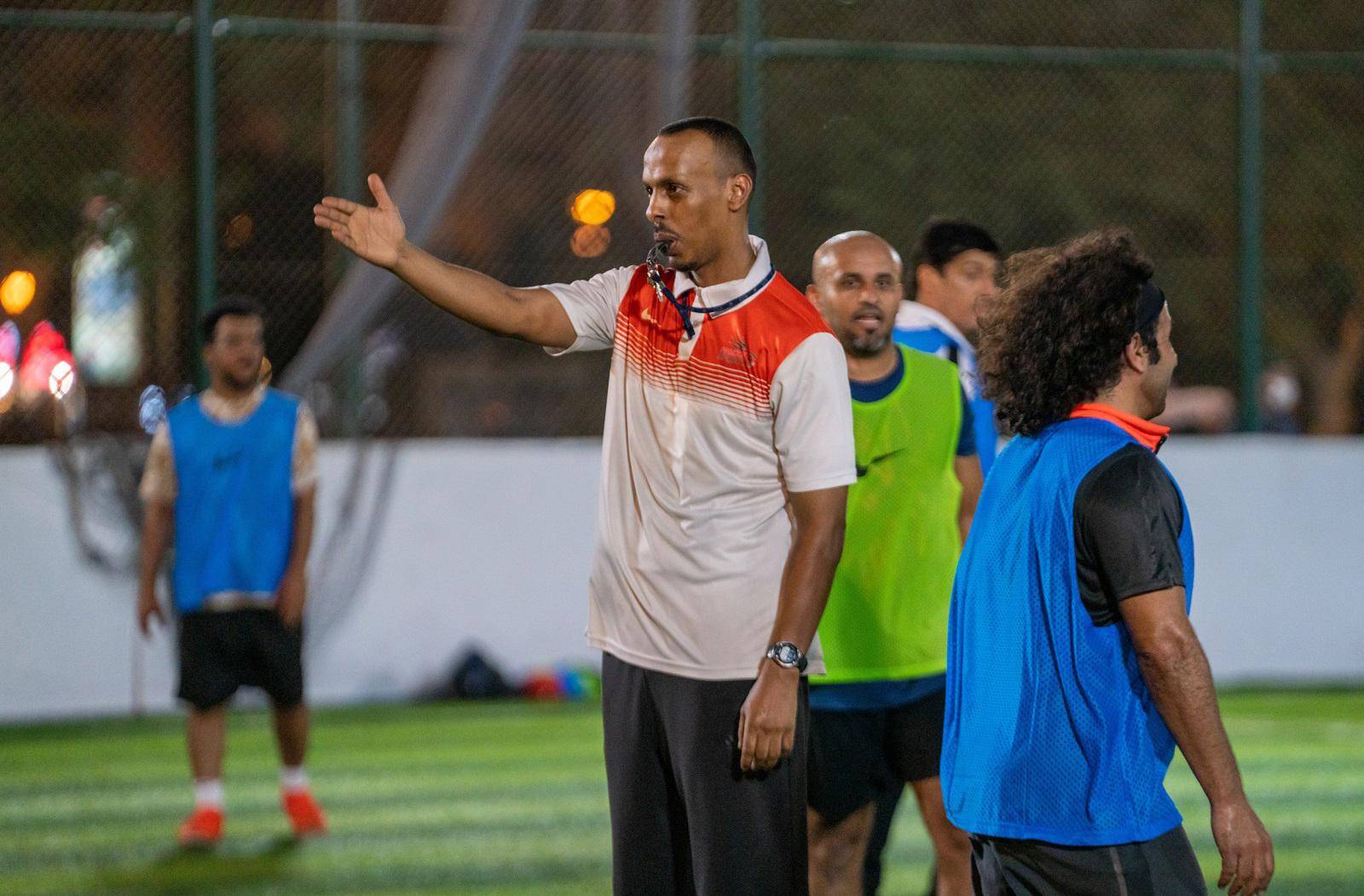 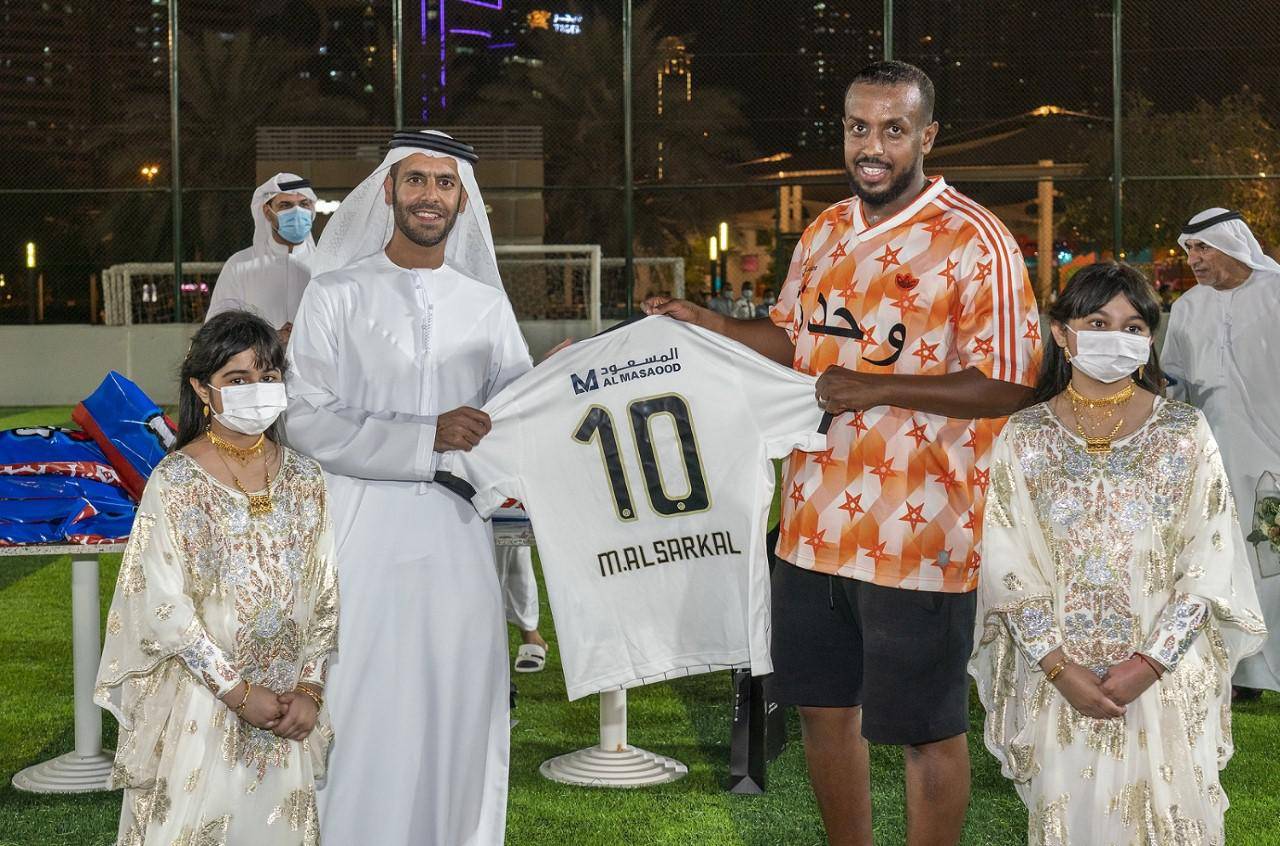 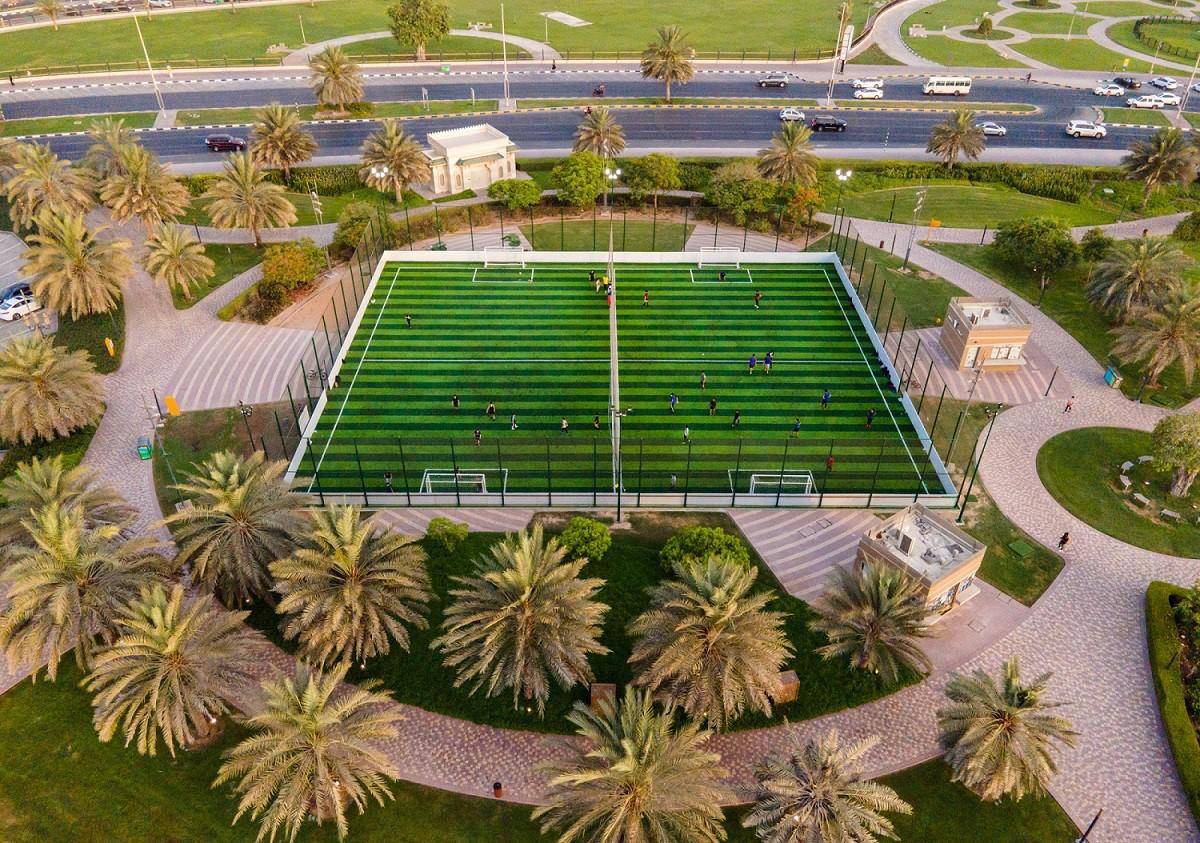 Fans had the opportunity to meet their heroes

The friendly match witnessed the presence of a number football stars, most notably Faisal Khalil, Maatouq Saeed, Mohammad Surour, Munther Ali among others, who transported the ecstatic audience back in time to the golden age of UAE football.

Speaking about the new attraction, Marwan bin Jassim Al Sarkal of Shurooq, said: “The new football field is in line with Shurooq’s commitment to redefine leisure and lifestyle experiences by developing world-class facilities with distinctive features and services. This development is also an important addition to the Al Majaz Waterfront’s sports offerings that cater to families and visitors across age groups due to its strategic location as one of the most important leisure attractions in the city.”

For her part, Marwa Obaid Al Shamsi, General Manager of Al Majaz Waterfront, said: “This development is a part of the sustainable and targeted expansion aimed at strengthening Al Majaz Waterfront’s position as one of the premium sports destinations in Sharjah. One of our objectives is to promote fitness and health, and we believe that this world-class football field will drive greater interest in football among the youth in Sharjah. This new facility will transform Al Majaz Waterfront into a haven not just for families and tourists, but for sports lovers too.”

Al Majaz Waterfront’s new football field measures 60 x 40 metres, and is suitable for 14 players. Managed by Falcon Sports, the facility will be open to public at a fee of Dh230 per hour, inclusive of water, bibs and balls. It will be open Sunday to Wednesday, 7 am to 12 noon, and Thursdays to Saturdays, from 6 am to 2 pm. Special rates are offered for students.

The facility will also host the Falcon School of Football for children aged 4 – 16 years. Classes will be held on Tuesdays, Wednesdays and Saturdays. Fees will be Dh350 monthly per person, with a reduced fee of Dh300 per sibling.

During the opening ceremony, the former UAE National Football Team star and Al Wasl Club top scorer, Fahad Khamis, said: “We are fortunate to have world-class sports facilities in the country that offer young talents an opportunity to hone their skills. We are hopeful that Shurooq’s new offering will play a major role in enriching local sports by grooming fresh young talents in football.”

The former national team player Bakheet Saad said: “The inauguration of the new world-class football field shows Shurooq’s commitment to comprehensive community development in Sharjah. Also, by so graciously welcoming senior Emirati footballers, the emirate has reiterated that it honours the past while also leading the future. We are certain that this grand new facility will inspire football lovers of all nationalities to hone their skills and strive to excel in the game for the glory of the nation.”

For his part, the star of the Emirati team, Faisal Khalil, said: “The opening of such facilities in the heart of Sharjah city will play an important role in inspiring young generations and lead to the discovery of talented players. This important step taken by Shurooq and Al Majaz Waterfront will go a long way in boosting the sports environment in the emirate.”

Marwan bin Jassim Al Sarkal honoured the special guests who came to the inauguration, and lauded their commitment to the sport.