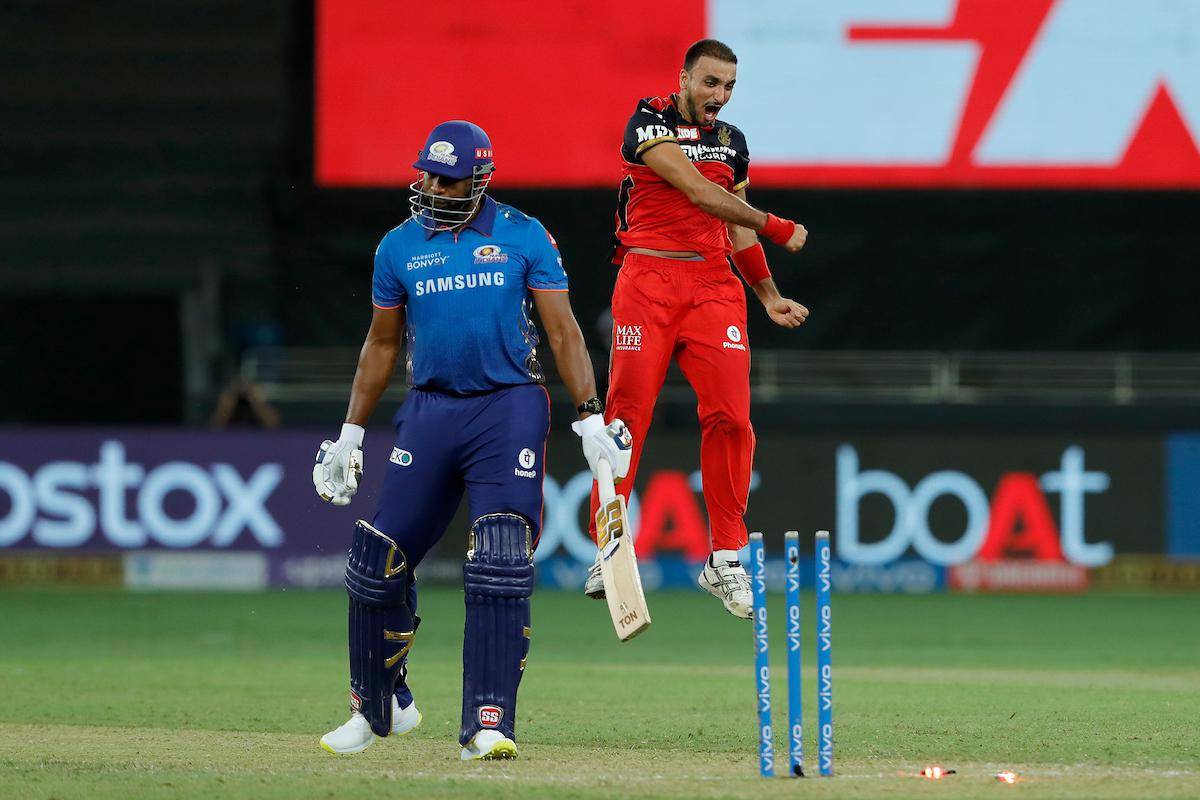 Patel, the 30-year-old medium pacer, conjured a hat-trick to finish up with four scalps, while leg spinner Chahal took three as RCB saw off the five-time winners by a comprehensive 54 runs at the Dubai International CricketS Stadium.

It was the RCB’s sixth win and their first since the league resumed in the UAE, while the Mumbai Indians’ drought continued with this being their third defeat on this sojourn.

Maxwell coshed a 37-ball 56 with six boundaries and three sixes, while Kohli, the RCB skipper, made 51 from 42 balls with three sixes and an equal number of boundaries.

Wicketkeeper-batsman Srikar Bharat played a fine hand of 32 from 24 balls with two fours and two sixes.

Jasprit Bumrah scalped three wickets, while Trent Boult, Adam Milne, and Rahul Chahar returned with one wicket each for the Mumbai Indians. — ANI