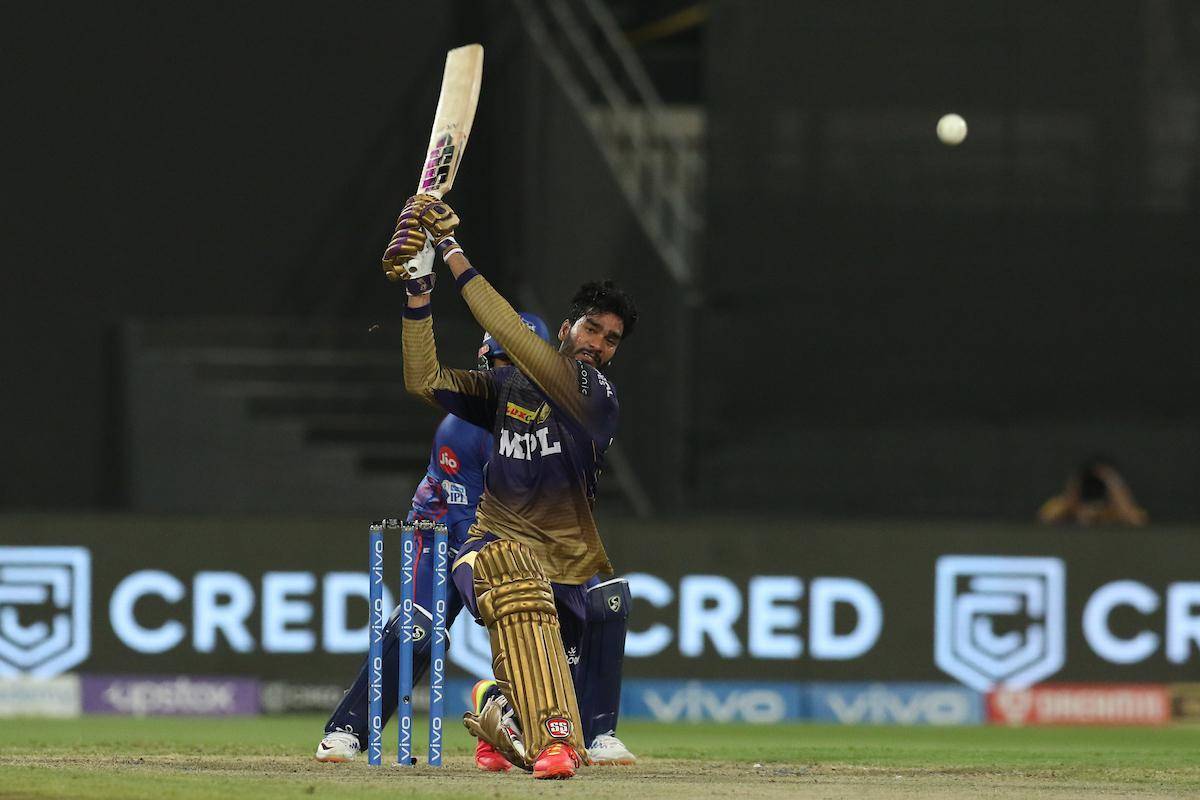 Venkatesh Iyer of the Kolkata Knight Riders plays a shot against Delhi Capitals in Sharjah on Wednesday. — BCCI

Kolkata lost seven wickets for 40 runs before managing to reach 136-7 after Venkatesh Iyer (55) and Shubman Gill (46) had contributed 96 runs for the opening-wicket stand.

WHAT. A. FINISH! @KKRiders hold their nerve and seal a thrilling win over the spirited @DelhiCapitals in the #VIVOIPL #Qualifier2 & secure a place in the #Final. #KKRvDC

Kagiso Rabada (2-23) and Andrich Nortje (2-31) claimed two wickets each and R Ashwin picked up two wickets in the last over before Rahul Tripathi hammered a six to see Kolkata through to their third IPL final.

Kolkata have turned the tide in their favour on the slow pitches of the United Arab Emirates, winning seven of their nine games since the IPL resumed after six months due to the pandemic.

They beat Royal Challengers Bangalore in the eliminator and then adjusted well on the slow and sluggish wicket of Sharjah on Wednesday to restrict Delhi to 135-5.

Two-time champions Kolkata last won the title in 2014 when they beat Punjab Kings in the final. In a repeat of the 2012 final, Kolkata will meet Chennai Super Kings in Friday’s title game. — AP