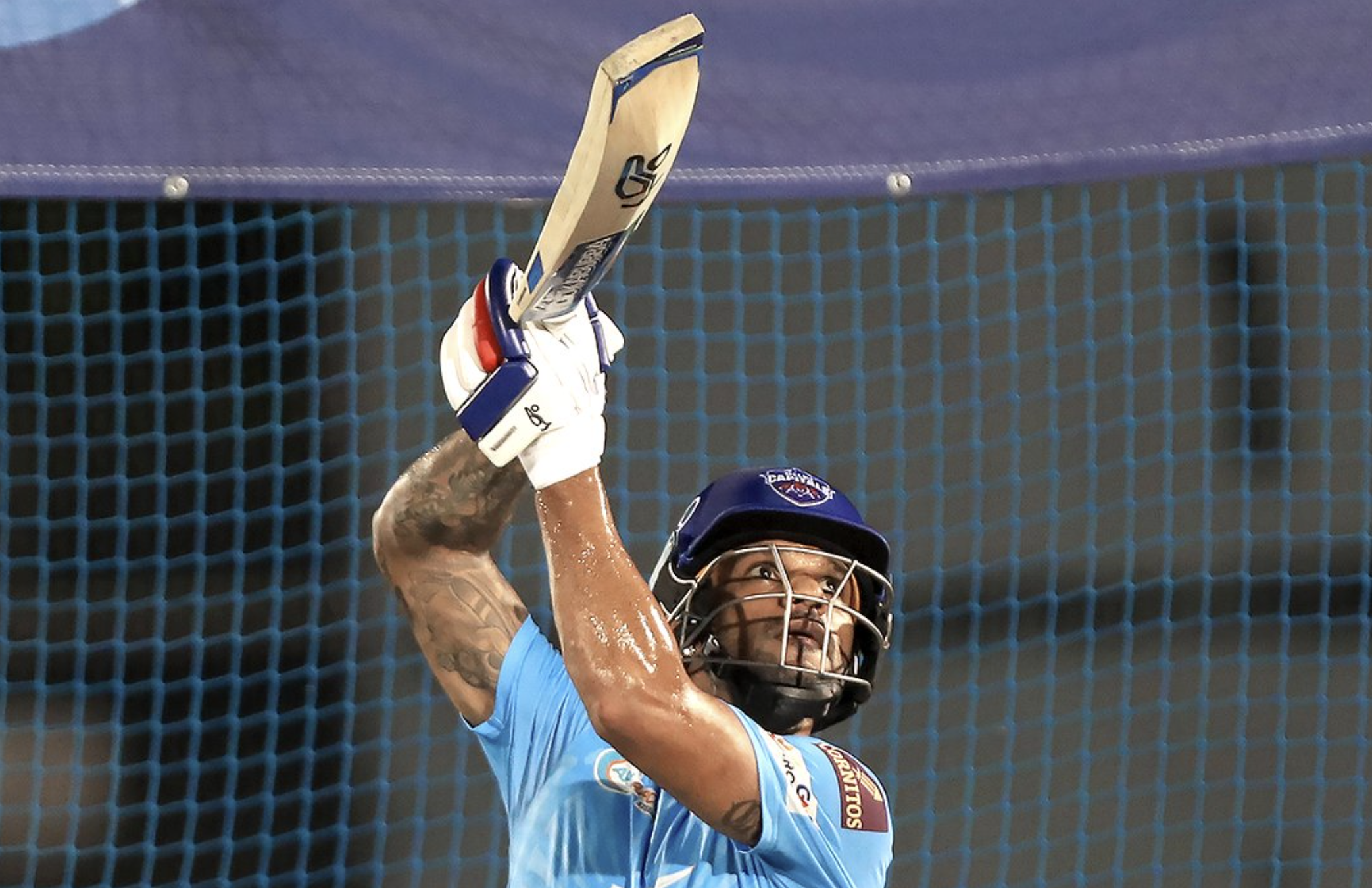 The teams face off in Qualifier 2 in Sharjah on Wednesday

Two successive defeats — in the last league match and the first qualifier — have disrupted the rhythm of Delhi Capitals.

Until then, the Rishabh Pant-led team enjoyed a glorious run, clinching the top position in the points table. But both those matches were lost in the final over, raising question marks over their mental toughness to go the distance.

"You are the best group of players in the competition." @RickyPonting's speech gives us goosebumps for the umpteenth time

Royal Challengers Bangalore’s Srikar Bharat hit a match-winning, last-ball six against Delhi in the last game of the league stage. If that seemed an aberration, a couple of days later DC lost the battle of wits and ability in the first qualifier to Chennai Super Kings.

The hero for CSK was MS Dhoni as Delhi again fizzled out towards the closing stages, failing to defend a fairly high score.

Given the very brief period between matches even in the playoffs stage, it remains to be seen whether DC will carry the psychological impact of these defeats into the Qualifier 2 against Kolkata Knight Riders on Wednesday.

It’s a do-or-die battle for both teams at the historic Sharjah Cricket Stadium.

With two wins in their last two matches, KKR have the better momentum — even though they had finished fourth on the points table.

Delhi’s progress this season is following a similar pattern to IPL 2020. Last season too, the exuberant young side, which had regaled fans throughout the tournament, started losing steam approaching the playoffs.

Having finished second in the points table, Delhi were beaten by Mumbai Indians in the qualifier. They won the second qualifier against Sunrisers Hyderabad, but were thrashed by Mumbai in the final.

Moot question this year is whether DC have the wherewithal to win the second qualifier against KKR who have reached this far through a remarkable surge in the second phase, winning six matches from eight including the crucial eliminator against RCB on Monday.

That victory spelt out the threats KKR hold for DC tonight. In batting, while the Delhi top-order is star-studded and more flamboyant, KKR’s has been the more consistent, with the top 4 getting runs. Yes, captain Eoin Morgan’s form is still iffy, but Dinesh Karthik and certainly Sunil Narine have shown how they can turn a match upside down with brilliant cameos.

"One more match to go and I personally believe in each and every one over here." @PrithviShaw on his electric knock, and what the team needs to do to bounce back on Wednesday #YehHaiNayiDilli #IPL2021 #DCSpecials #DCvCSK @OctaFX @SofitelDXBPalm pic.twitter.com/1HACoR2Tbd

Narine, of course, does it with the ball too. Against RCB, he claimed four wickets, including the big ones of Virat Kohli, Glenn Maxwell and AB de Villiers. That deflated RCB who had got off to a very good start. While Kohli’s team fought back hard in defending a very modest score, it wasn’t going to be enough.

Narine was the main destroyer in that match. But KKR have two other spinners — Varun Chakravarthy and Shakib Al Hasan — who also can be match-winners.

Shakib, the talismanic Bangladeshi all-rounder, is now unlikely to be benched even if Andre Russell completely recovers from injury.

Between them, Narine, Chakravarthy and Shakib conceded just 65 runs from 12 overs, strangulating the RCB batsmen for runs.

That’s not all. Lockie Ferguson has turned out to be a trump card too in KKR’s bowling, which means DC batsmen can expect few liberties. If big runs have to be scored, the DC batting, especially two or three from the top order, have to excel. Against CSK, despite Prithvi Shaw, Pant and Shimron Hetmyer getting runs, DC were overwhelmed by a side which are still struggling with their batting.

Say NO to hate-mongering.

Cricketers are subjected to online-abuse way too often. It's high time we take a strong stand against it.

Victories and Losses are a part of any sport. We stand by you @RCBTweets @danchristian54 @Gmaxi_32. We've been there too #IPL2021 pic.twitter.com/eCUGroEbyI

Like KKR, DC have a very strong bowling unit — perhaps the best in the tournament — with Anrich Nortje, Kagiso Rabada and Avesh Khan in the pace department, Axar Patel and Ravichandran Ashwin in spin.

Such a deep well of talent can sometimes become a vexing issue for the captain. And the young Pant copped a lot of criticism for choosing Tom Curran over Rabada for the final over against CSK.

That may be somewhat harsh considering Curran had taken three wickets and was DC’s most successful bowler in the match. But it highlights the role of captaincy and tactics in this format.

Morgan, for instance, has hardly contributed with bat, but has been superb as captain.

Ayaz Memon is an Indian sports writer and commentator