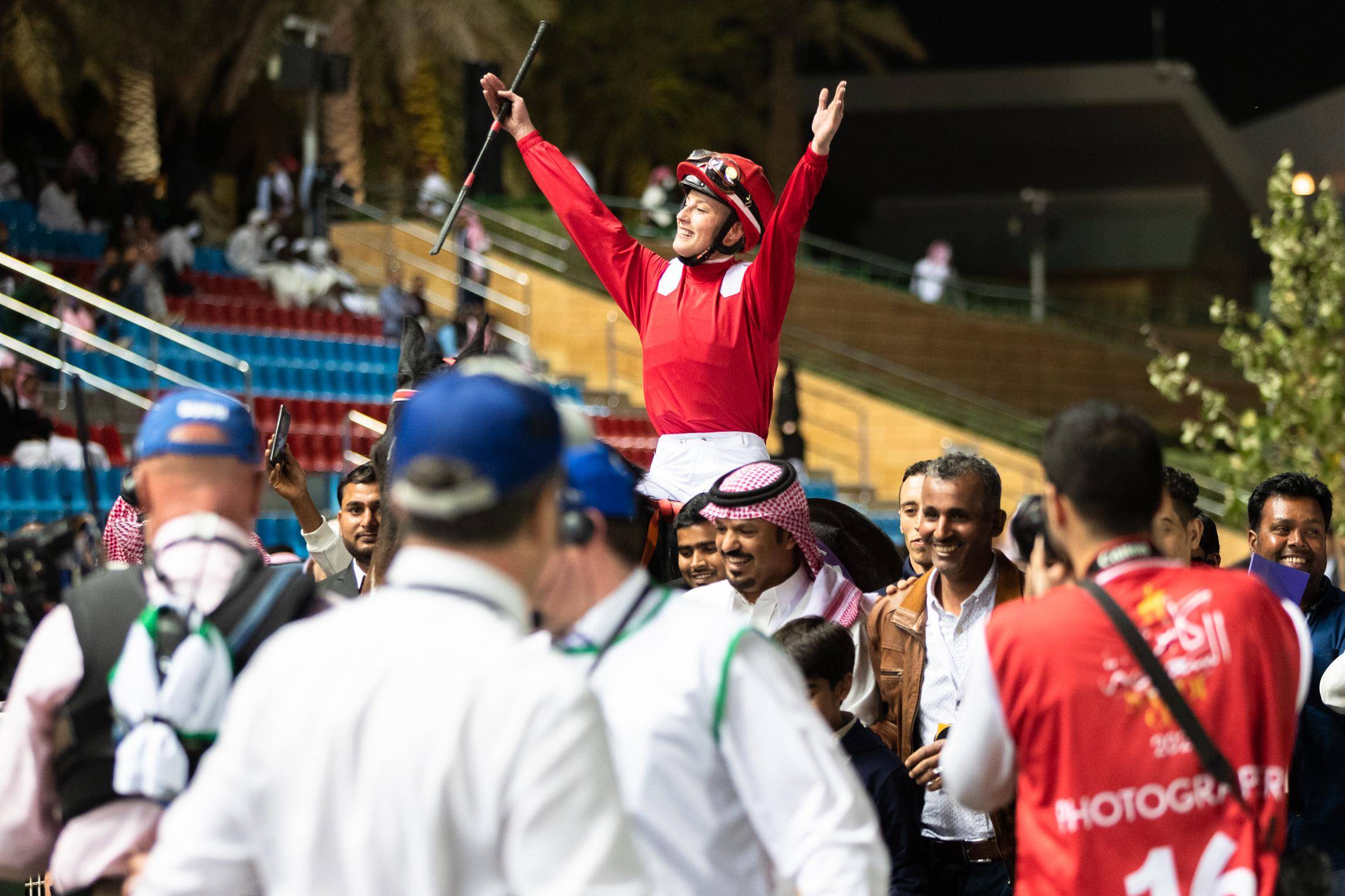 The second renewal of the $20 million Saudi Cup, the world’s richest horse race, takes place on February 19 and 20

Switzerland’s Sibylle Vogt will embark on the title defence of her stc International Jockeys’ Challenge crown at next month’s Saudi Cup.

The second renewal of the $20 million Saudi Cup, the world’s richest horse race takes place at the King Abdulaziz Racetrack, on the outskirts of Riyadh, the Saudi Arabian capital, on February 19 and 20 and the Germany-based Pattern-winning rider has confirmed her participation for the Challenge.

Three-time New Zealand Champion Jockey Lisa Allpress had created a bit of history by becoming the first woman to win a flat race in Saudi Arabia when she strode to victory in the opening race of the Challenge.

“It’s a huge honour to be invited back to take part in the International Jockeys’ Challenge,” said Vogt.

“It was such a good experience and it’s so nice to look back on it. It was an indescribable feeling to beat some of the best jockeys in the world last year – especially Frankie Dettori, as he is one of my idols and he will stay that way.

“I was very excited to be asked to take part because I had never been in such a big competition before. It was great getting to know all those successful jockeys.

“The whole thing was really well organised. The course was well maintained and the track is very fair to ride. I'm really looking forward to this year,” added the 25-year-old.

Organisers said that the full line-up of jockeys for the competition will be revealed in the coming weeks.