The Open: Players face disqualification if they breach Covid protocols 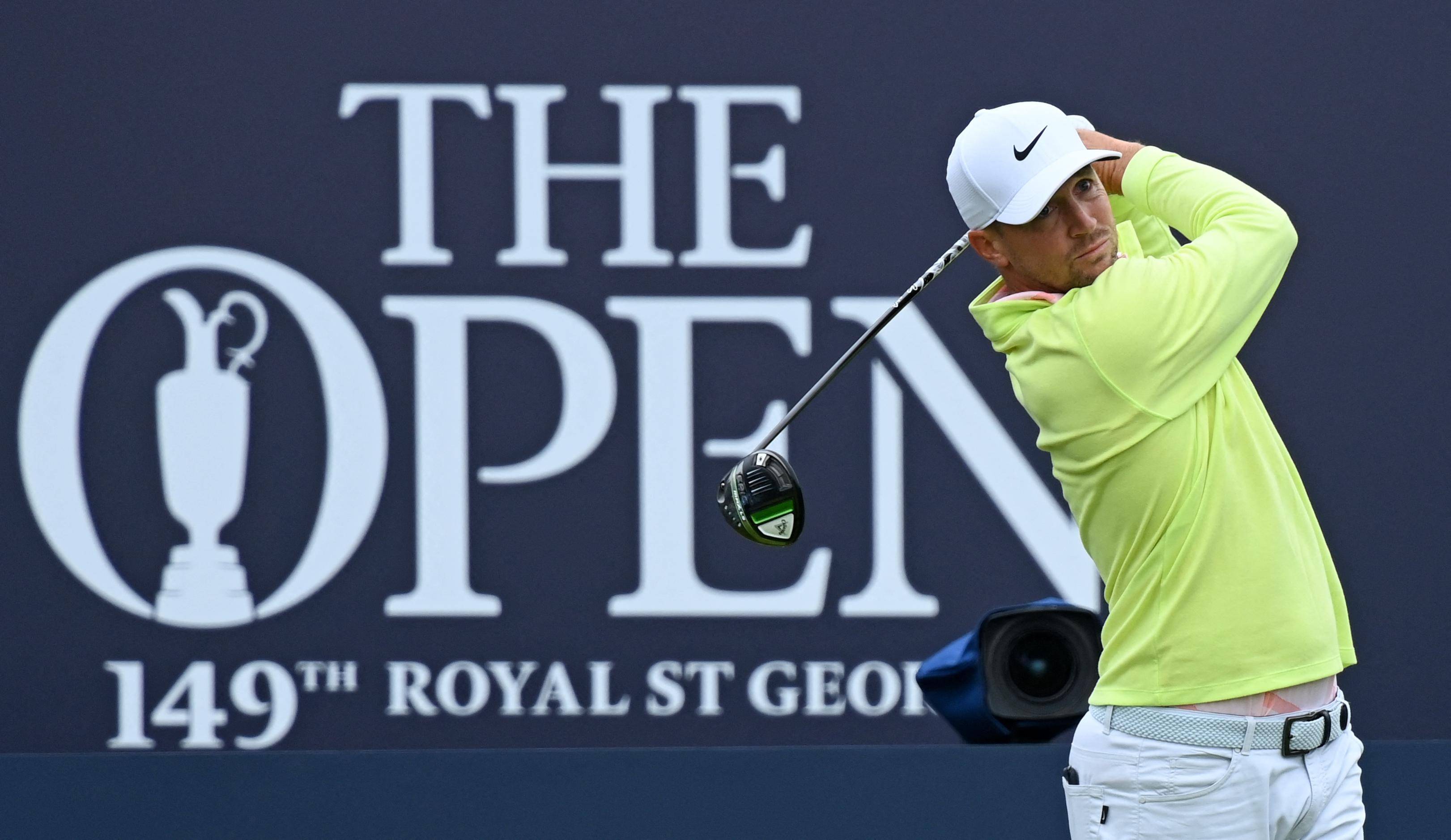 Sweden's Alex Noren watches his drive from the first tee during a practice round for the British Open at the Royal St George's on Wednesday. (AFP)

Each player is spending the week in a four-person bubble


R&A chief executive Martin Slumbers laid down the law on Wednesday when discussing potential disqualification for golfers who break protocols at The Open in Sandwich, Kent, England.

The United Kingdom is adhering to strict pandemic restrictions at the tournament, which begins on Thursday.

Each player is spending the week in a four-person bubble that includes only the player, his caddie and two other support personnel of his choice.

Restaurants and even grocery stores are off-limits — golfers and their teams can only go from the course to their lodging.

When pressed for what would happen should a golfer violate the code of conduct policy, Slumbers said the following during an R&A news conference at Royal St. George’s:

“I think he would be at risk of being disqualified. I’ve learnt being in officiating and rules that you want to understand the circumstances, but I don’t think that will be an issue.

“I think players know the risks. They know what will impact. They’re all responsible. They don’t want to put their fellow players at risk. I’d like to treat them as professionals in that regard.”

Golfers also face strict contact tracing rules should they come in contact with another person who tests positive for Covid-19.

“The worst thing you can get is a player being contact traced, because as you know over here, if you’re contact traced, you’re out for 10 days and quarantine and you can’t test out of it, so you’re out of the championship,” Slumbers said. “When you go to the heart of all the protocols for the players, it’s solely around contact tracing.”

The Open was the only major to be cancelled rather than postponed in 2020 during the spread of Covid-19.