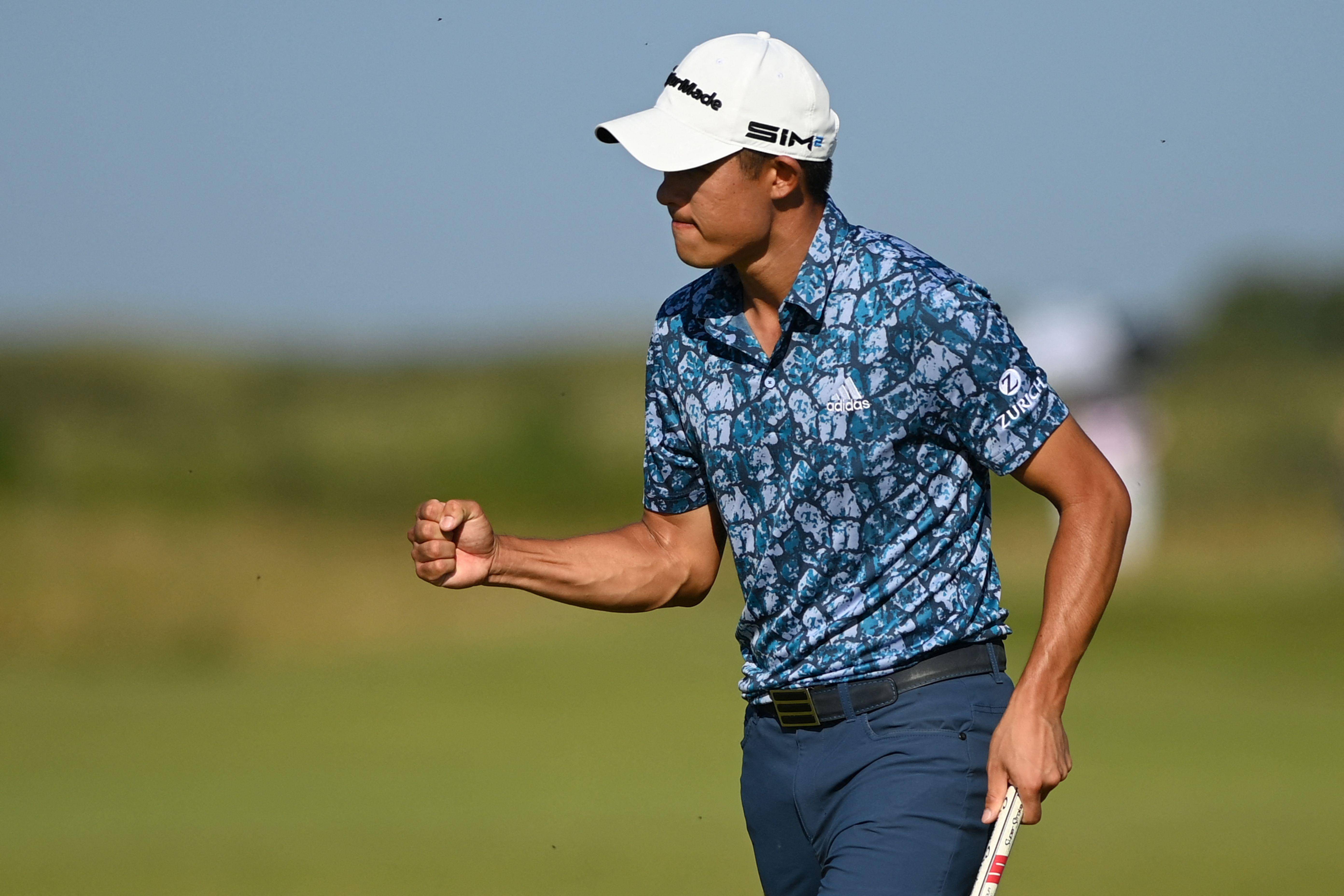 US golfer Collin Morikawa celebrates after a put on the 14th green. — AFP

Morikawa, the 2020 US PGA champion, won by two shots from compatriot Jordan Spieth, who lifted the Claret Jug in 2017


American debutant Collin Morikawa produced an ice-cool final round to win the British Open by two strokes on a blazing hot afternoon at Royal St George’s on Sunday.

The 24-year-old began the day a stroke behind Louis Oosthuizen but played faultless golf in a four-under round of 66 to overhaul the South African and resist resurgent fellow American Jordan Spieth.

Morikawa barely missed a fairway all day as he made four birdies and showed incredible composure when he came under pressure late in the day.

It was his fourth sub-par round of the week as he ended on 15-under 265 — his remarkable consistency born out by the astonishing statistic of only four bogeys all week.

Spieth, who was bidding to win his fourth major and first since the 2017 Open, started his final round badly with two bogeys in his first six holes but an eagle at the seventh launched a gallant chase of Morikawa.

He finished on 13 under with Oosthuizen ending in a tie for third with Spain’s U.S. Open champion Jon Rahm, four shots back.

Oosthuizen had led from round one and posted the lowest-ever Open total for the first 36 holes but he wilted in the scorching temperatures and finished with a one-over 71.

Morikawa had the luxury of a two-shot lead as he teed off from the 18th tee and tapped in his par putt to rapturous applause from the Open crowd.

He becomes the first debutant to win the Open since Ben Curtis in 2003, although whereas Curtis was ranked 396th at the time, Morikawa is the world number four.

The University of California graduate, who only turned pro in 2019, has now won two of his first eight majors having also won on his PGA Championship debut last year.