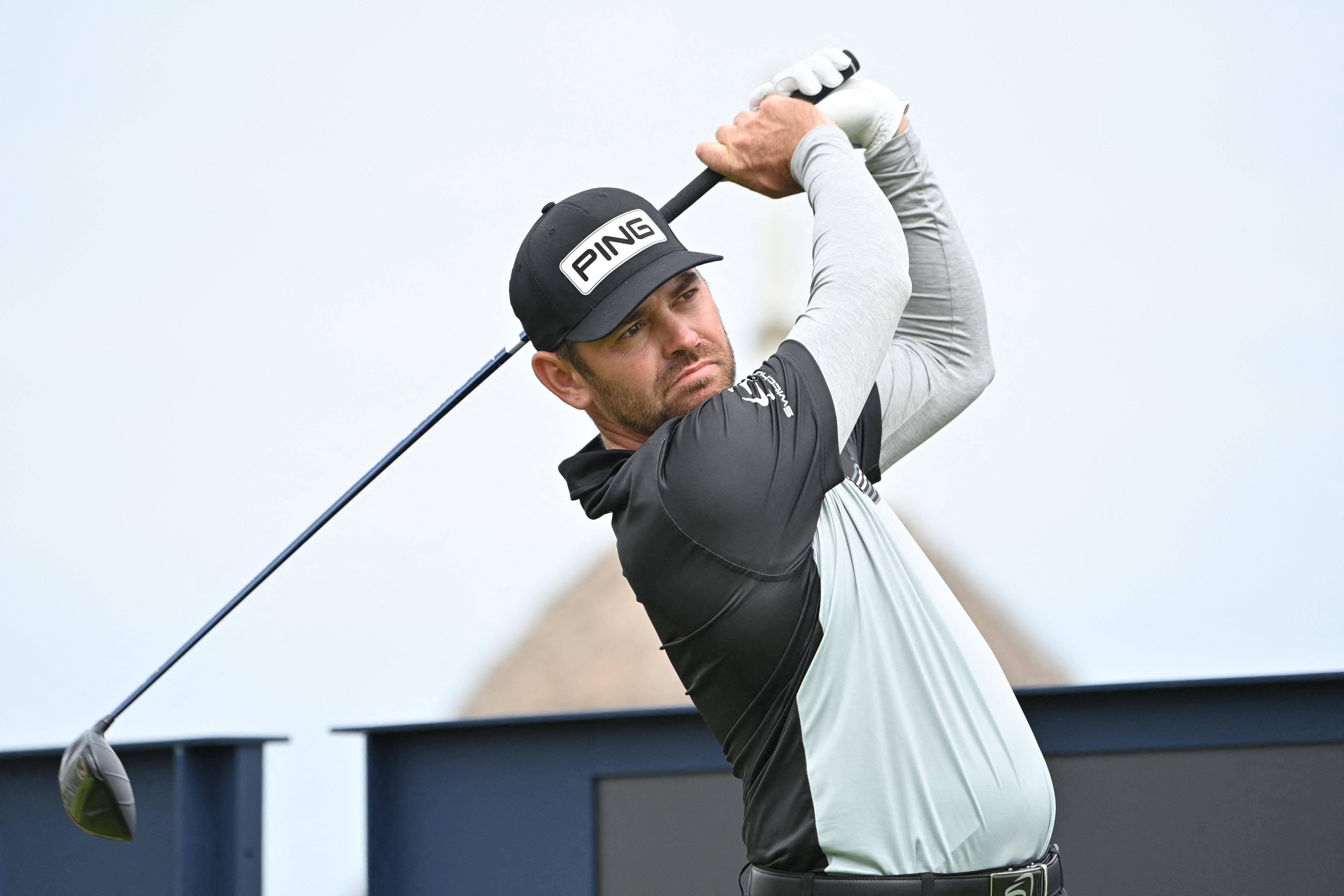 South Africa's Louis Oosthuizen watches his drive from the 17th tee during the first round of the British Open at Royal St George's, Sandwich, on Thursday. (AFP)

After starting his round with seven pars, Oosthuizen collected three successive birdies


Louis Oosthuizen continued his stellar run of form at major championships to lead the British Open with a flawless first-round 64 at Royal St George’s on Thursday.

The 38-year-old South African, British Open champion at St Andrews in 2010, finished tied second in this year’s PGA Championship and was runner-up at last month’s US Open.

“Probably in my mind it was the perfect round I could have played,” Oosthuizen told reporters.

“I didn’t make many mistakes. When I had good opportunities for birdie, I made the putts. So yeah, just a very good solid round.”

Oosthuizen has the reputation of being one of the best ball strikers in golf and he needed that skill to plot his way around the undulating links course in Sandwich.

After starting his round with seven pars, Oosthuizen collected three successive birdies and he picked up three more over the closing holes to become only the 10th player to shoot 64 or lower in the first round of the British Open.

“I was just very patient,” he said. “I was trying to just hit my shots and didn’t really hit anything close enough to make birdies those first few holes, and then all of a sudden just made two good putts on eight and nine and got the ball rolling.

“It happened quickly, but you still need to put yourself in those positions and I felt definitely the last 10, 11 holes I gave myself a lot of opportunities.”

Oosthuizen won the 2010 Open at St Andrews by seven shots, becoming the fourth South African to lift the Claret Jug after the illustrious trio of Bobby Locke, Gary Player and Ernie Els.

He has since, however, endured several near-misses in majors, finishing second on six occasions.

“It gives me confidence going into majors knowing that I’m still competing in them and I’ve still got chances of winning,” he said.

“But once the week starts, I need to get that out of my mind and just focus on every round and every shot. But it definitely puts me in a better frame of mind going into the week.”

Oosthuizen finished two shots behind Phil Mickelson at this year’s PGA Championship and one adrift of Jon Rahm in the US Open.

“I think in both of those I was beaten by better golf at the end there. It takes a little while, but you have to get over it quickly, otherwise it’s going to hold you back to perform again.”