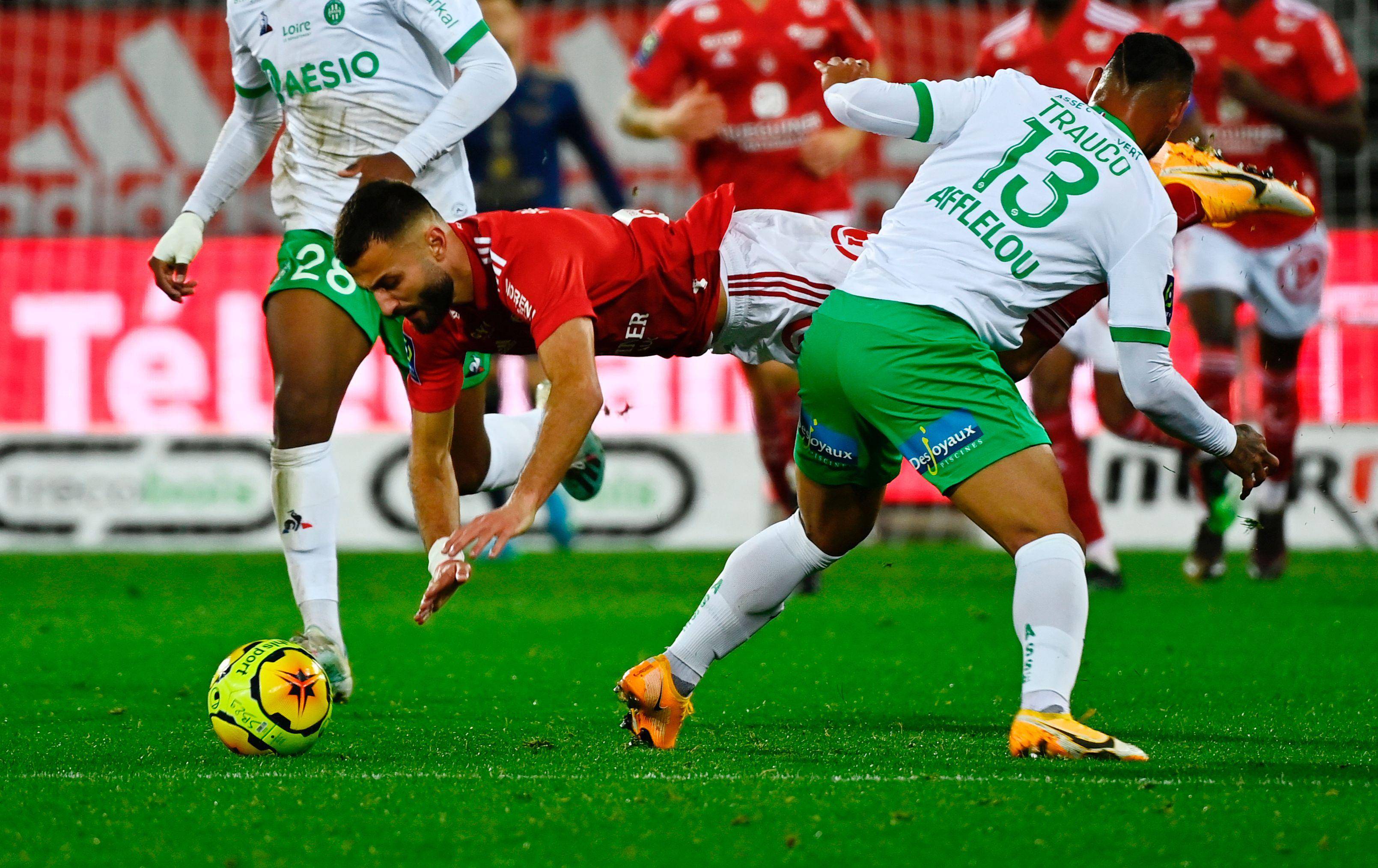 After notching 10 points from the first four games, Saint-Etienne is now hovering just above the relegation zone in 15th place ahead of Sunday’s games.

With Marseille’s home game against Nice called off because of an outbreak of coronavirus cases in the visitors’ squad, Saturday’s only game saw all the goals come in the first half.

Midfielder Franck Honorat, centre back Jean-Kevin Duverne, and strikers Irvin Cardona and Steve Mounie scored for the home side, while right back Mahdi Camara replied for the visitors.

Lille needs only a draw at home to struggling Lorient on Sunday to overtake Monaco and reclaim second place. A win would move Lille only two points behind league leader Paris Saint-Germain.

Also on Sunday, Lyon is at Angers and Montpellier faces Strasbourg.

PSG threw away a 2-0 lead and lost 3-2 at Monaco on Friday for its third defeat of the season. PSG’s shaky defense is a concern with a crucial match in the Champions League against Leipzig on Tuesday.