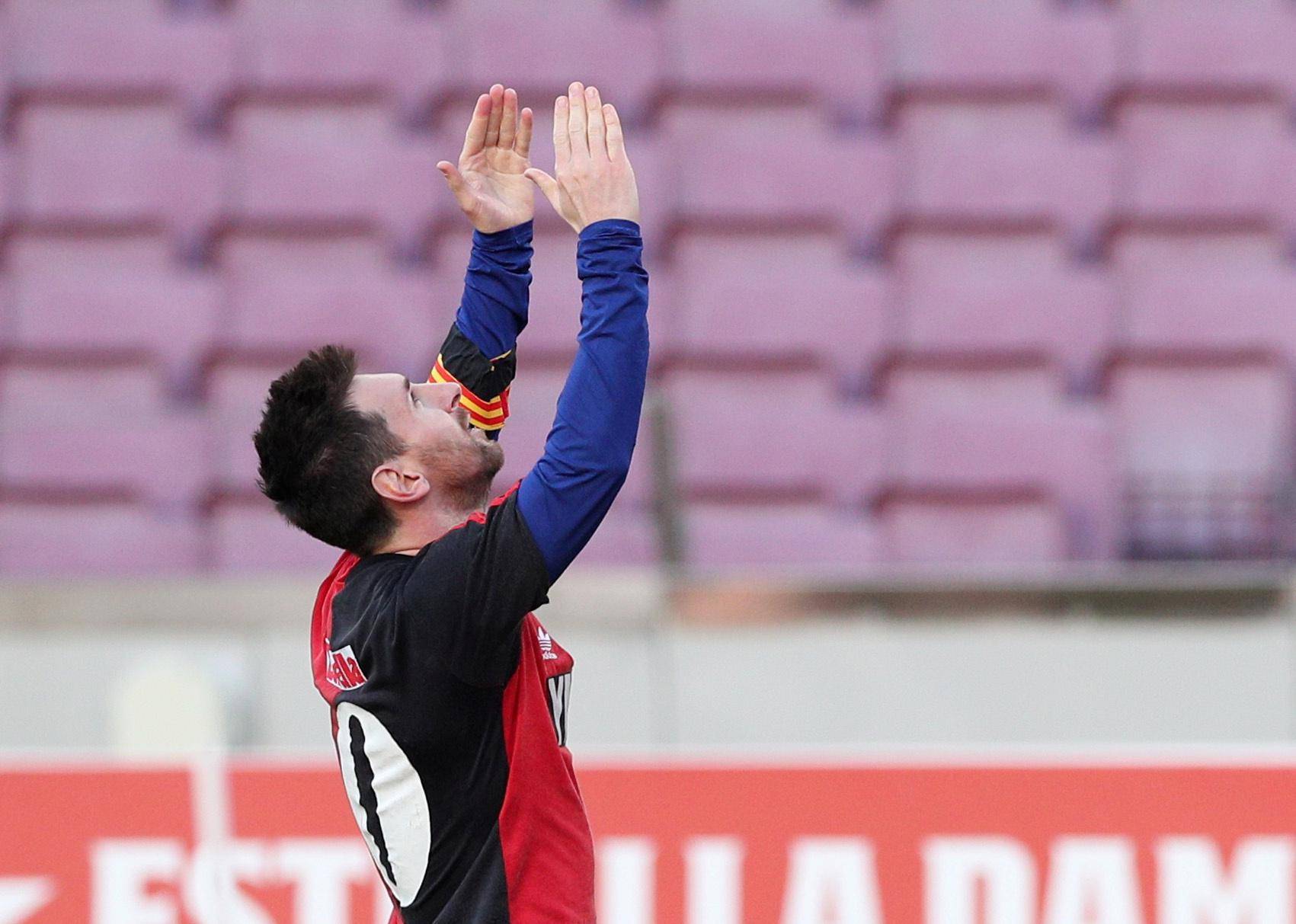 Messi was fined 600 euros while his club were fined 180

Lionel Messi and Barcelona have been fined a combined 780 euros ($943) after the player was shown a yellow card for lifting his shirt to pay tribute to the late Diego Maradona following his goal in Sunday’s 4-0 win over Osasuna.

Messi, who was fined 600 euros while his club were fined 180, paid homage to his late compatriot by taking off his Barca shirt to reveal a Newell’s Old Boys shirt belonging to Maradona, a gesture that was praised around the world.

Yet the Spanish soccer federation’s competition committee showed little sympathy when upholding the rules, rejecting Barca’s protests against the punishment and their suggestion it should be waived as the gesture was a tribute to Maradona.

The committee’s statement said that while it accepted the gesture was a tribute, article 93 of the disciplinary code states that a player should be punished for removing their shirt when celebrating, irrespective of the motive.

The statement added that Messi could only have had the sanction waived if he had been given the booking in error.

He had also paid tribute to Maradona, who played for the Rosario side in 1993, when the World Cup winner died last Wednesday.

“He has left us but he isn’t going anywhere because Diego is eternal,” Messi wrote on Instagram.