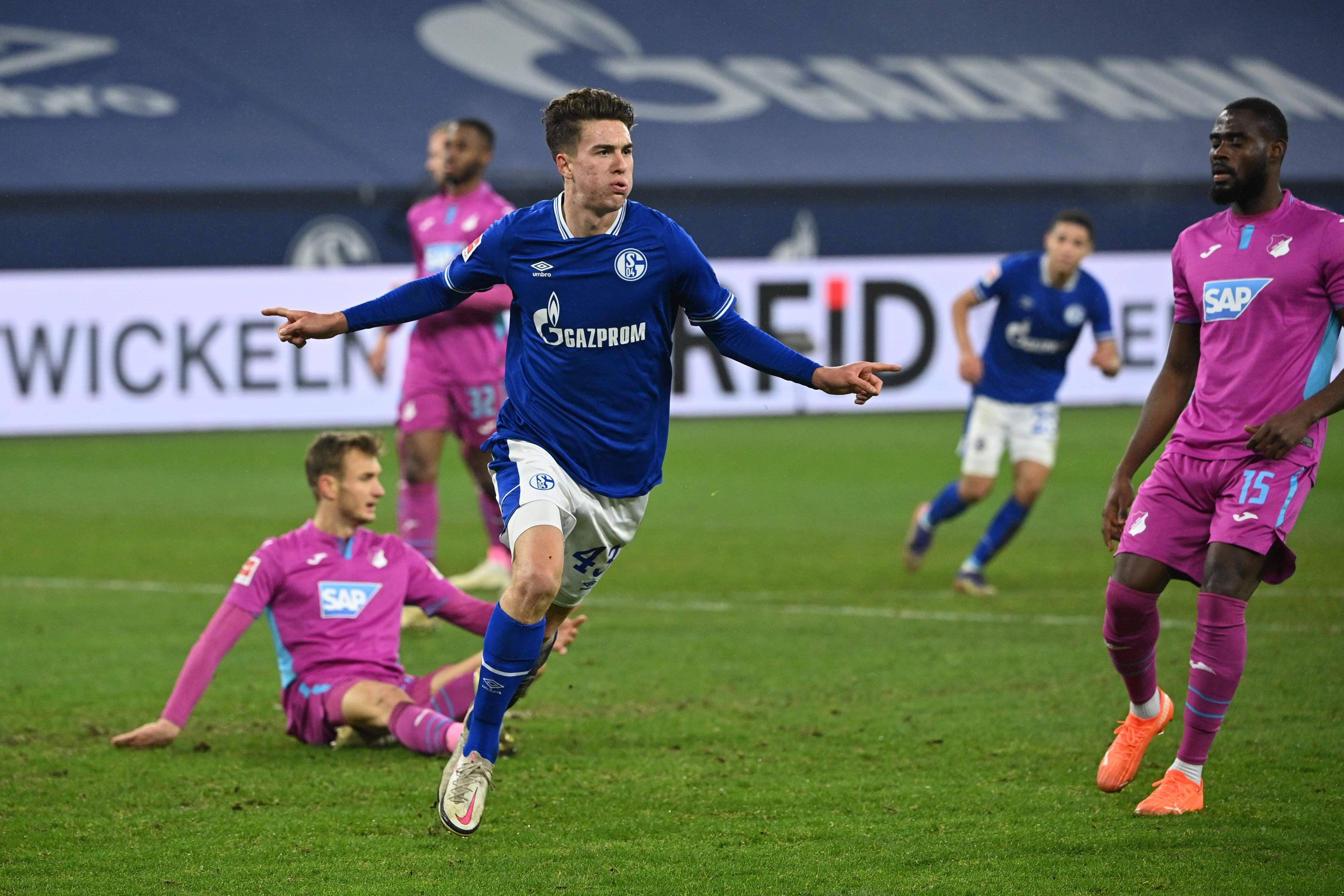 Tasmania had gone 31 straight games without a win during the 1965-66 season.

The 19-year-old Hoppe hadn’t scored before for Schalke, but he opened his account with a brilliant chip over Oliver Baumann in the 42nd minute, then rounded the Hoffenheim goalkeeper in the 57th, and completed a game to remember with his third goal in the 63rd. All three were set up by Amine Harit, who rounded off the scoring in the 80th.

The goals will have been greeted with relief in the Berlin borough of Neukolln, where Tasmania fans and officials had been hoping for a Schalke win to ensure their own club’s notoriety remained intact.

“Without this negative record, nobody in Germany or Europe would speak about Tasmania Berlin,” club chairman Almir Numic told local broadcaster Radio Eins during the week.

Schalke remains bottom of the league with seven points from 15 games after its first victory.

Leipzig had a chance to move to the top later with a win over Borussia Dortmund. Leipzig was a point behind Bayern Munich, which squandered a two-goal lead to lose at Borussia Monchengladbach 3-2 on Friday.