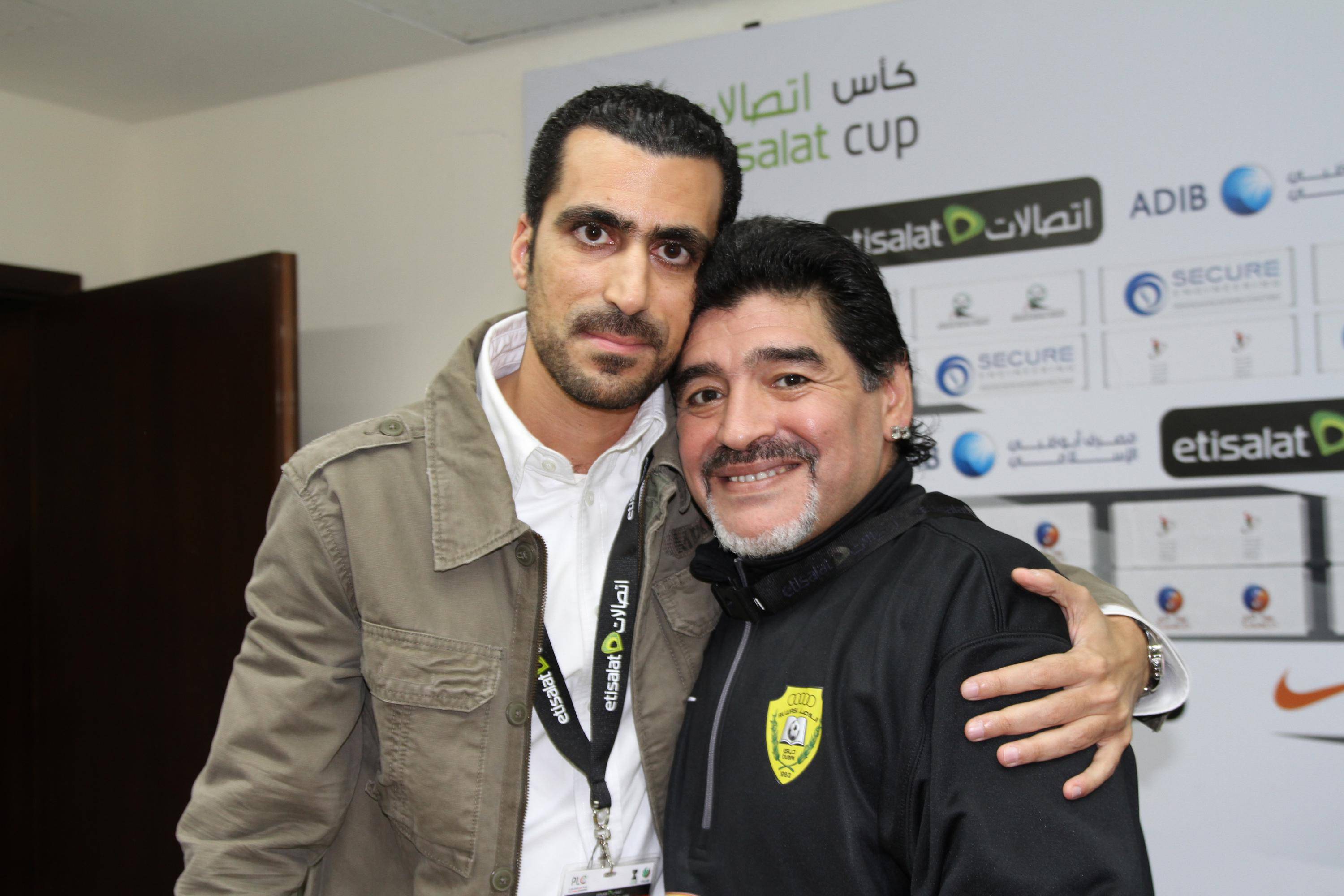 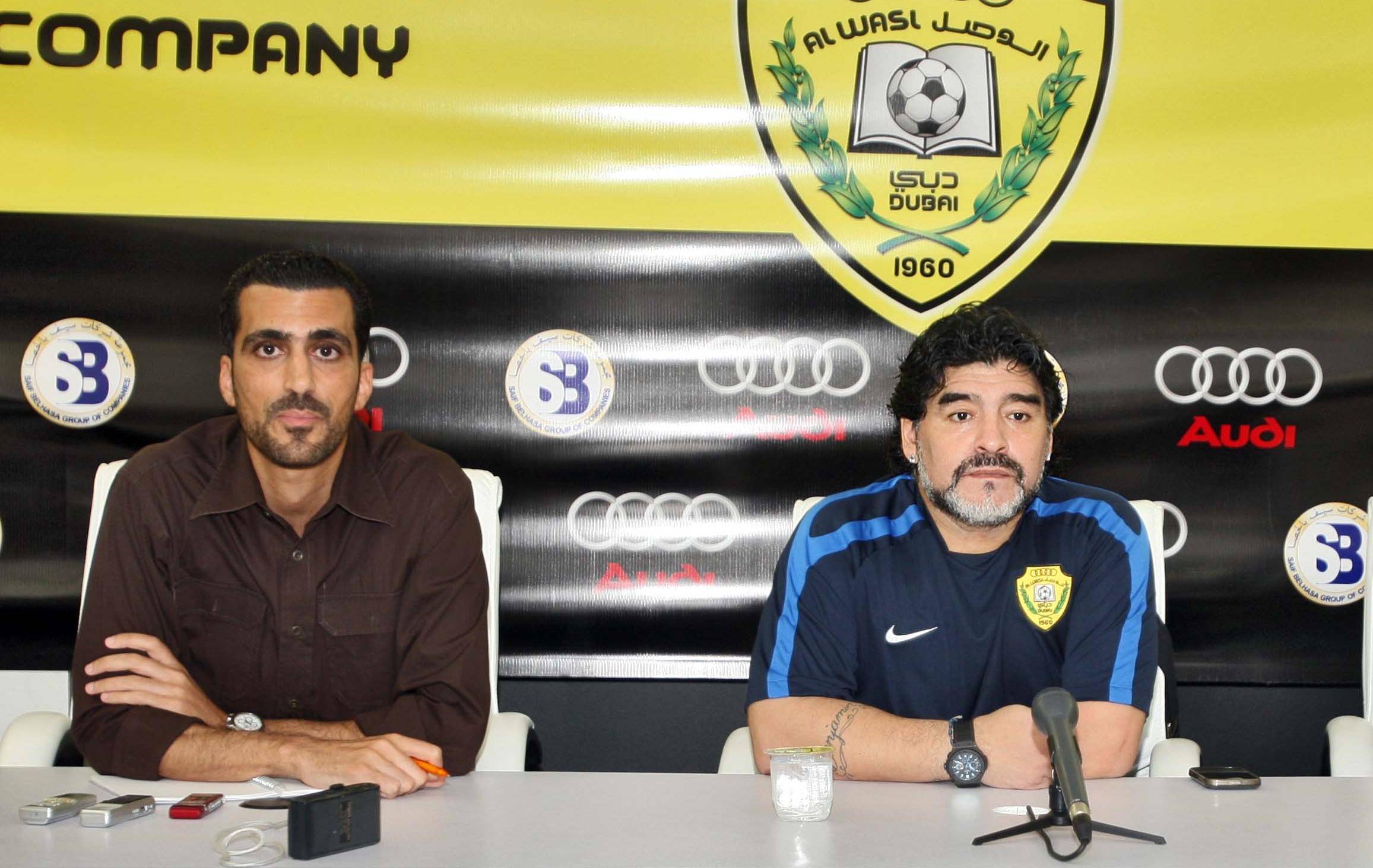 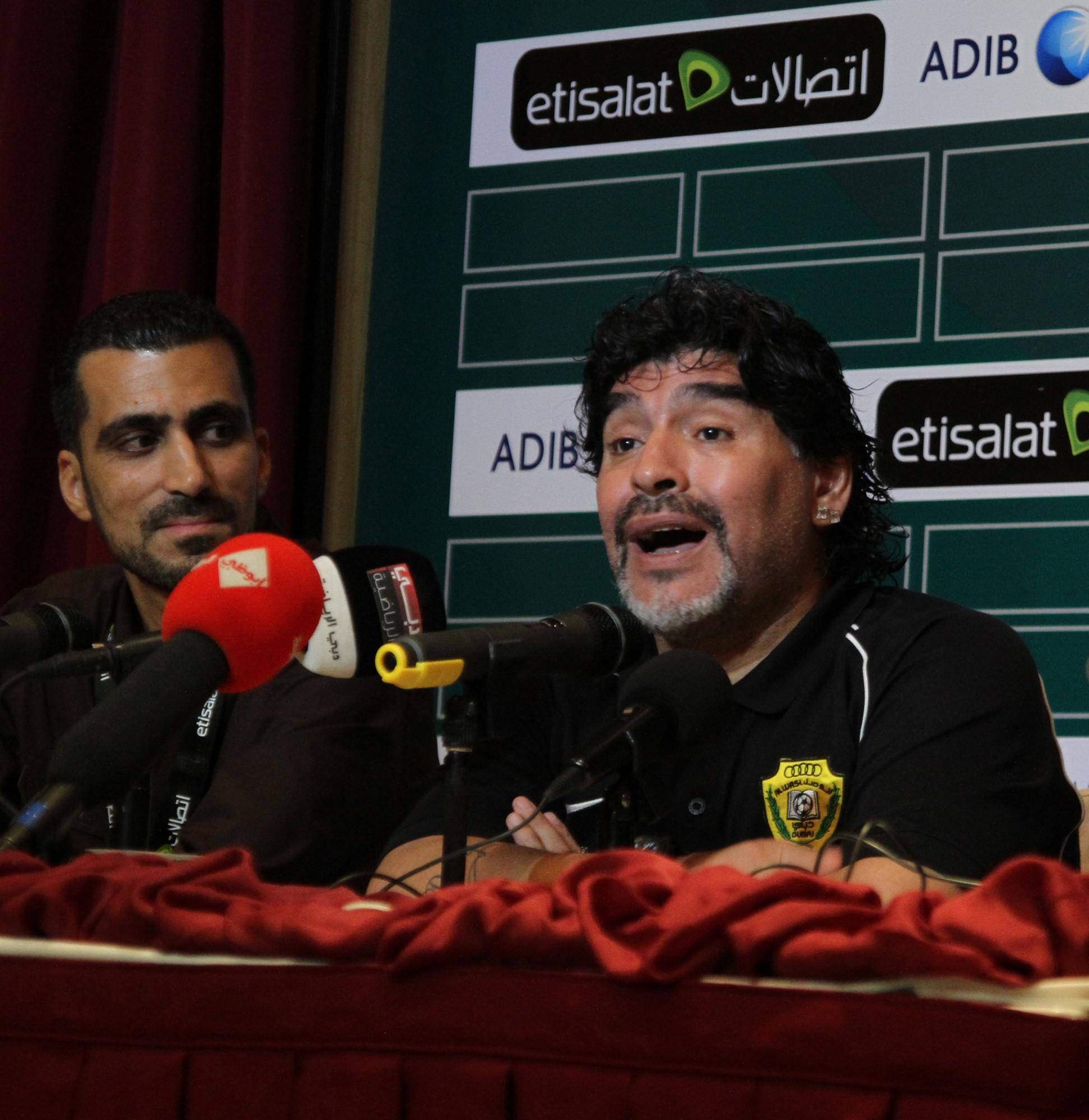 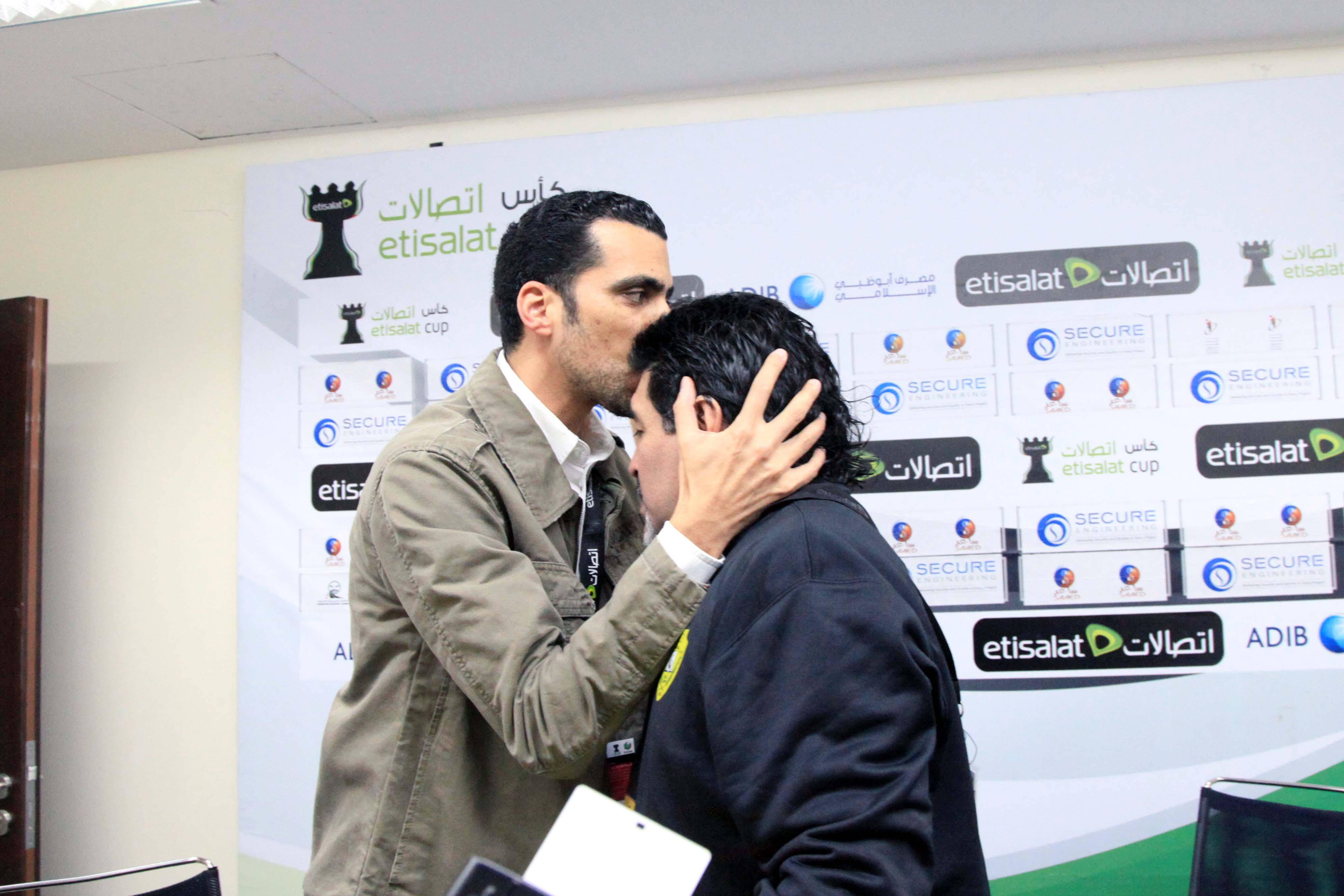 Maradona knew how to deal with the media, said Al Sharabi.

Al Sharabi kissed on the head of Maradona after the football legend spoke about the Palestinian cause during one of the press conferences.

In his own words, Tariq Al Sharabi, a Dubai-based Palestinian PR professional, would be doing a great injustice to the football fan in him if he never spoke about the goosebumps he felt after receiving an offer from the Al Wasl Football Club to become a key player in their grand scheme of things involving a certain Diego Armando Maradona.

It was May 2011 and Maradona, the man who scripted some of the greatest footballing masterpieces with that divine left foot, had just got a lifeline to resurrect his coaching career a year after his dream of taking his beloved Argentina to the 2010 World Cup glory ended in tears with a humiliating 4-0 quarterfinal defeat to Germany.

Al Sharabi, who was hired as a media manager after Al Wasl announced that Maradona would guide The Cheetahs’ fortunes from the touchline, also ended up becoming the English translator for the iconic Argentinian at his press conferences.

“They wanted me to be his translator. I had done this for other clients, but doing this for Diego Maradona was an experience that I will never forget. You know translating his words to the world was something any football fan would have dreamt of,” Al Sharabi said of Maradona who died on November 25.

Al Sharabi would soon discover that Maradona, whose bewitching tricks when he had a ball at his feet left the greatest of defenders tackling his shadow, also knew the art of using the media to his advantage.

“Diego knew what was being written about his coaching tactics. So sometimes, he used to tell me: ‘Tariq at the end of today’s conference, ask me if I want to add anything’. So I would do the same and Diego then would talk about Pele, Fifa and about certain (negative) things that he heard in the media about his coaching tactics. So he would use the press conference to hit back at his critics. In that sense, he was very smart in the way he dealt with the media,” Al Sharabi recalled.

“He knew he had their attention and he used to get the message across. He knew that the world media was watching his every single move. And he took advantage of that.”

“He was very surprisingly friendly. Someone of his stature, he did not need to entertain anyone. He could have maintained a very basic relationship with me. After the match, he would even shake hands with the loyal fans, he would know them by their names, he even went sometimes to the houses of some of the fans and had dinner with them,” Al Sharabi revealed.

“Of course, he was busy with his club work, but he still found time to talk to people like me and the club’s loyal fans. It was really unbelievable that he would give people like us so much attention. That is something I found very human about him.”

Naturally, Al Sharabi enjoyed every single moment he spent with the greatest footballer that ever lived. “I lived happy moments with him, I lived sad moments with him and the moment when his mother passed away and I was there when he came back (from Argentina). We hugged each other, it was very emotional.”

What made Al Sharabi even more emotional was when Maradona spoke about the Palestinian cause during one of his press conferences. “It was one of the most emotional moments in my life because I am from Palestine and in one of the press conferences he conveyed his love to the people of Palestine and the cause of our people. I had to translate that. It was very emotional for me saying these words on behalf of Diego Maradona,” Al Sharabi said.

“He said it was Fidel Castro and Hugo Chávez who first told him about the Palestinian cause. He said they were fighting for justice in so many places in South America also, that’s why he could relate to it. It was so powerful.”