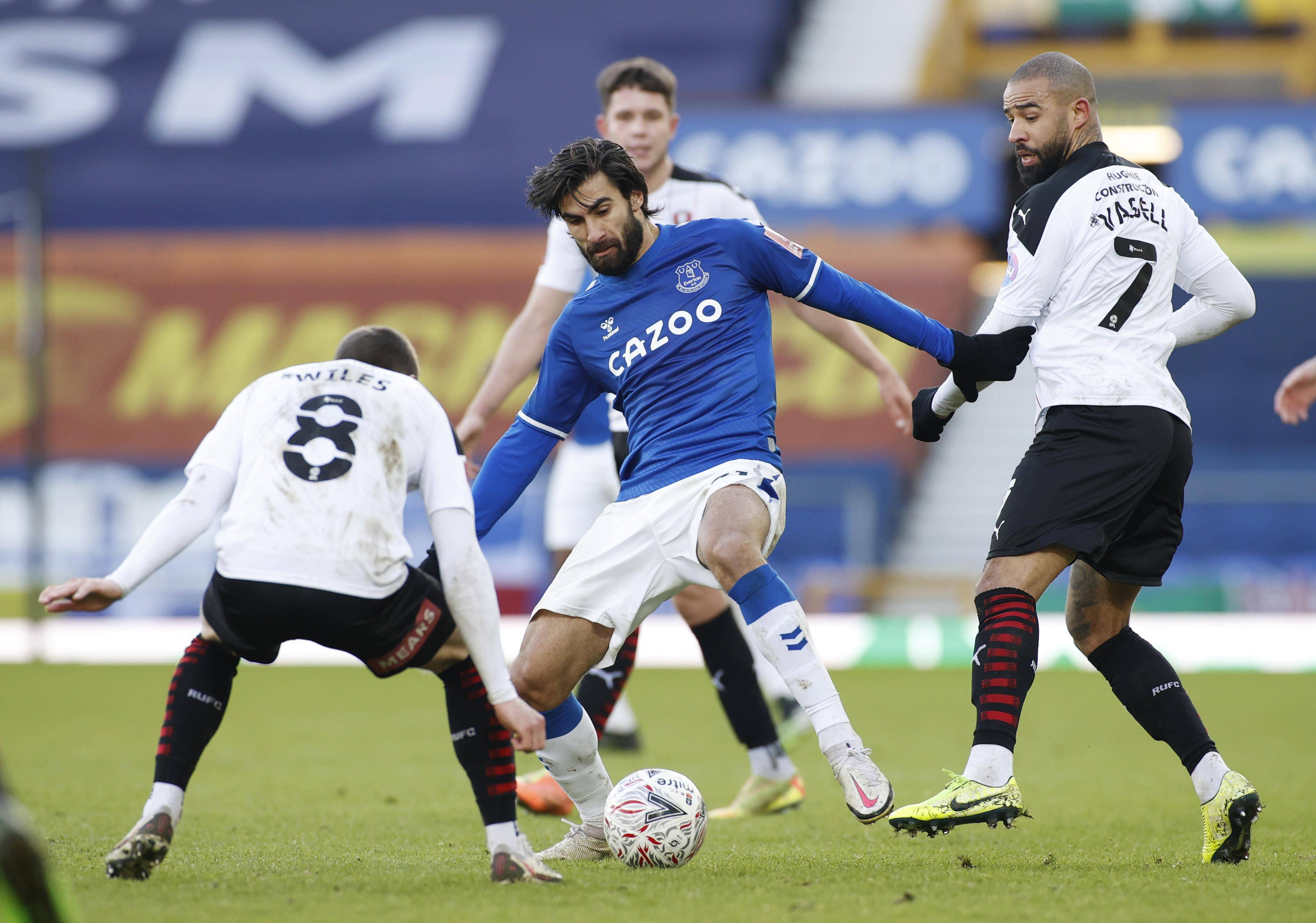 Everton’s Abdoulaye Doucoure scored an extra-time winner as they edged Rotherham United 2-1 in an absorbing FA Cup third round tie on Saturday, while sixth-tier side Chorley beat a Derby County team weakened by their COVID-19 outbreak.

After 90 minutes the score at Goodison Park was level at 1-1 with Cenk Tosun’s first Everton goal since Nov. 2019 cancelled out by a 56th minute strike from lowly Championship (second-tier) side Rotherham’s American right back Matthew Olosunde.

But three minutes into extra time the Premier League side got the decisive goal when substitute Doucoure latched onto Colombia playmaker James Rodriguez’s precise through ball before sliding it past helpless goalkeeper Jamal Blackman.

With five-time FA Cup winners Everton resting top scorer Dominic Calvert-Lewin and Brazilian forward Richarlison, Turkish international Tosun was handed a rare opportunity to lead the attack and got on the scoresheet inside 10 minutes.

The visitors responded with a string of chances and were rewarded 10 minutes into the second half when Olosunde swivelled in the box before slotting the ball past keeper Robin Olsen.

Everton thought they had grabbed the winner near the end of normal time when Tosun struck in the 86th but his effort was ruled offside by VAR and it was left for Frenchman Doucoure to secure a spot in the fourth round with his extra-time strike.

In the absence of first-team players and interim manager Wayne Rooney, a youthful Derby County side were defeated 2-0 at National League North outfit Chorley.

The Covid-19 outbreak at Derby meant nine of the starting 11 were making debuts and the visitors fell behind when Connor Hall put Chorley ahead in the first half before Mike Calveley added a second in the 84th to secure a maiden fourth round berth.

Luton Town beat Reading 1-0 in another all-Championship clash to reach the fourth round for the first time since the 2012-13 season thanks to midfielder George Moncur.