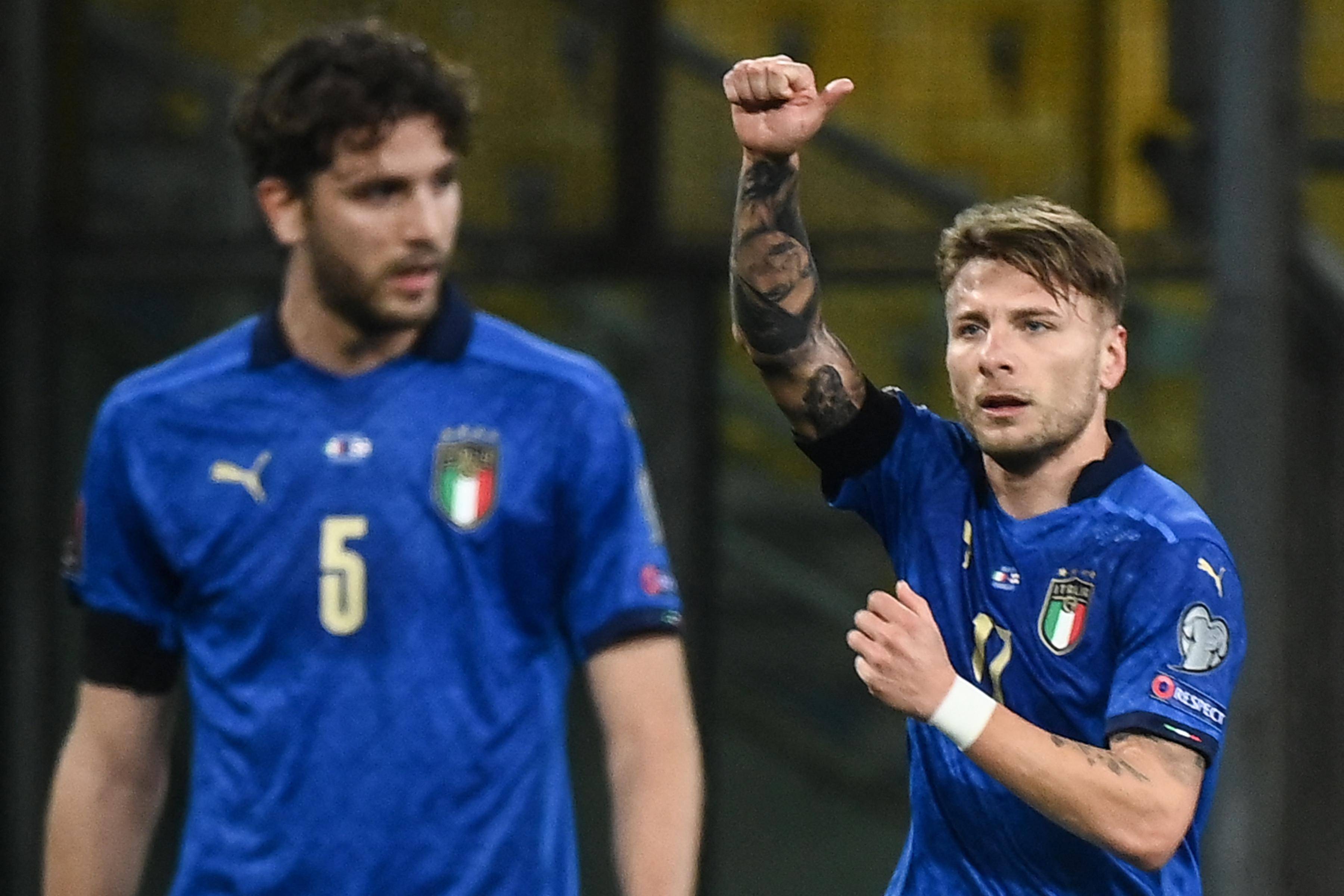 A year after being postponed due to the pandemic, the Euro 2020 gets underway today in Rome


Top Italy striker Ciro Immobile will be looking to shake off the demons of World Cup failure as the ‘Azzurri’ return to the big stage in Friday’s European Championship opener against Turkey in Rome.

Roberto Mancini’s resurgent four-time world champions are being touted as possible dark horses after failing to qualify for the 2018 World Cup.

But Italy lack the high-profile strike partnerships of rivals such as Portugal’s Cristiano Ronaldo and Joao Felix, France’s Kylian Mbappe and Karim Benzema and England’s Harry Kane and Marcus Rashford.

And despite a club-record 150 goals in five seasons for Lazio, Immobile has been unable to shake off the tag of being unable to score when it matters.

The 31-year-old bore the brunt of criticism for failing to find the net in the World Cup play-off defeat to Sweden in November 2017.

“I didn’t want to play anymore, it was too much sadness to manage and negative thoughts,” recalled Immobile.

Mancini has rebuilt Italy since, with the team on a 27-match unbeaten run.

Immobile won the European Golden Shoe in the 2019-2000 season for his 36 league goals, and scored 20 last campaign as Lazio finished sixth.

For the former Borussia Dortmund and Sevilla reject this could be his last chance to shine on the bigger stage.

“I have a strong personality,” he insists.

Success has been slow coming on the national team since Immobile made his debut in 2014.

He has scored 13 goals in 46 games, but has found more consistency under Mancini with six goals.

However the 27-year-old has limited experience. His only trophy so far is the 2014 Serie B title with Palermo.

Behind Immobile and Belotti, 21-year-old Sassuolo forward Giacomo Raspadori has received a call-up to the senior national side, giving them another attacking option.

Despite an unbeaten record against Group A rivals Turkey in 10 previous meetings — seven wins and three draws — Italy’s defenders could have their work cut out against star forward Burak Yilmaz.

‘King Burak’ comes into the Euro fresh from leading Lille to their fourth league title in his first season in France, top-scoring for the club with 16 goals in 28 games.

The 35-year-old will be his team’s main goal threat, having scored five goals in four matches with Turkey in 2021.

“Our main objective is the match against Italy,” said Yilmaz, of a group which also includes Wales and Switzerland.

“We are playing better against the big teams. We have to win this game. We are not afraid of anyone on the pitch. We want to start the competition in the best possible way and take Turkey to the place they deserve.

“Our excellent results in the Euro qualifiers and the World Cup have raised a lot of expectations among our people.

“We are aware of this and we bear this responsibility.”

A year after being postponed due to the pandemic, the 24-team tournament spread across 11 venues throughout Europe gets underway in front of an estimated 16,000 fans in a Stadio Olimpico at 25 percent capacity.

For Italy, who have won the European trophy just once in 1968, it will be a first major match since their Euro 2016 quarterfinals defeat on penalties to Germany.