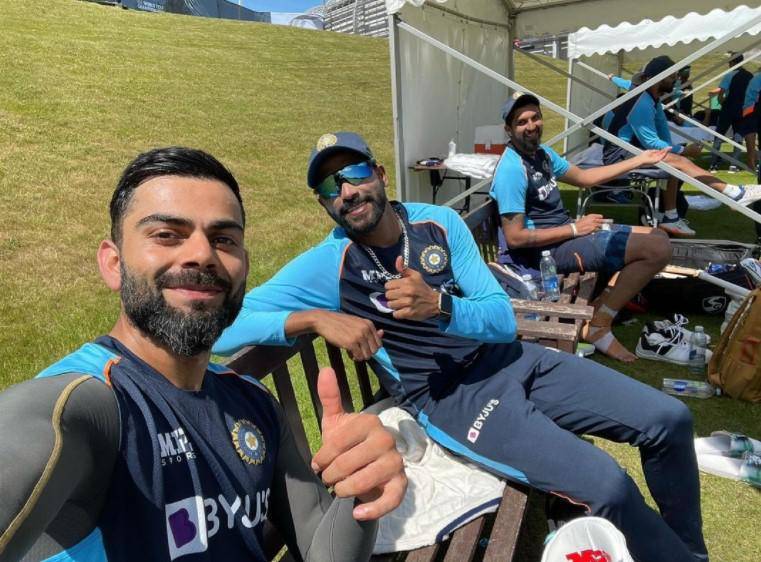 Virat Kohli will continue to captain India in all three formats, a top national cricket board official said on Tuesday, after speculation that Rohit Sharma could replace the batting great as skipper for limited-overs games.

Kohli's recent sketchy form with the bat has led to reports that changes could be made after the T20 World Cup, which begins next month in UAE.

But Kohli received a vote of confidence from Board of Control for Cricket in India (BCCI) secretary Jay Shah.

"There is no such proposal (to replace Kohli) and the team is led by Virat and we are backing him," said Shah.

"We are sensitive to the fact that such a proposal is not in the interest of Indian team when it will take part in a World Cup," Shah told website Cricbuzz.

Indian media have reported that Rohit could take over as Twenty20 and 50-over captain and that the change had been discussed by the BCCI.

"As long as a team is performing, the question of change in captaincy doesn't arise," Shah was reported as saying by the Indian Express newspaper.

Kohli led India to a landmark Test series win in Australia in January and they were leading 2-1 in England when the fifth and final Test was controversially cancelled last week because of a coronavirus outbreak in the tourists' camp.

India have not lost a Twenty20 series under Kohli, but they have failed to win either the 50-over Champions Trophy, World Cup or T20 World Cup since he became white ball captain in 2017.

Shah also confirmed that India have offered to play two extra T20 matches in England next July in place of the cancelled Test.

The England board suffered huge financial losses from the refusal of Indian players to take part because of coronavirus fears.

"Instead of three T20Is, we will play five T20Is. Alternately, we will be willing to play a one-off Test as well. It is up to them to choose either of the offers," said Shah.

India pulled out of the final Test at Old Trafford last week after head coach Ravi Shastri and other support staff contracted the virus and had to be isolated.

BCCI president Sourav Ganguly said on Monday that India are willing to reschedule the final Test as part of next year's series.