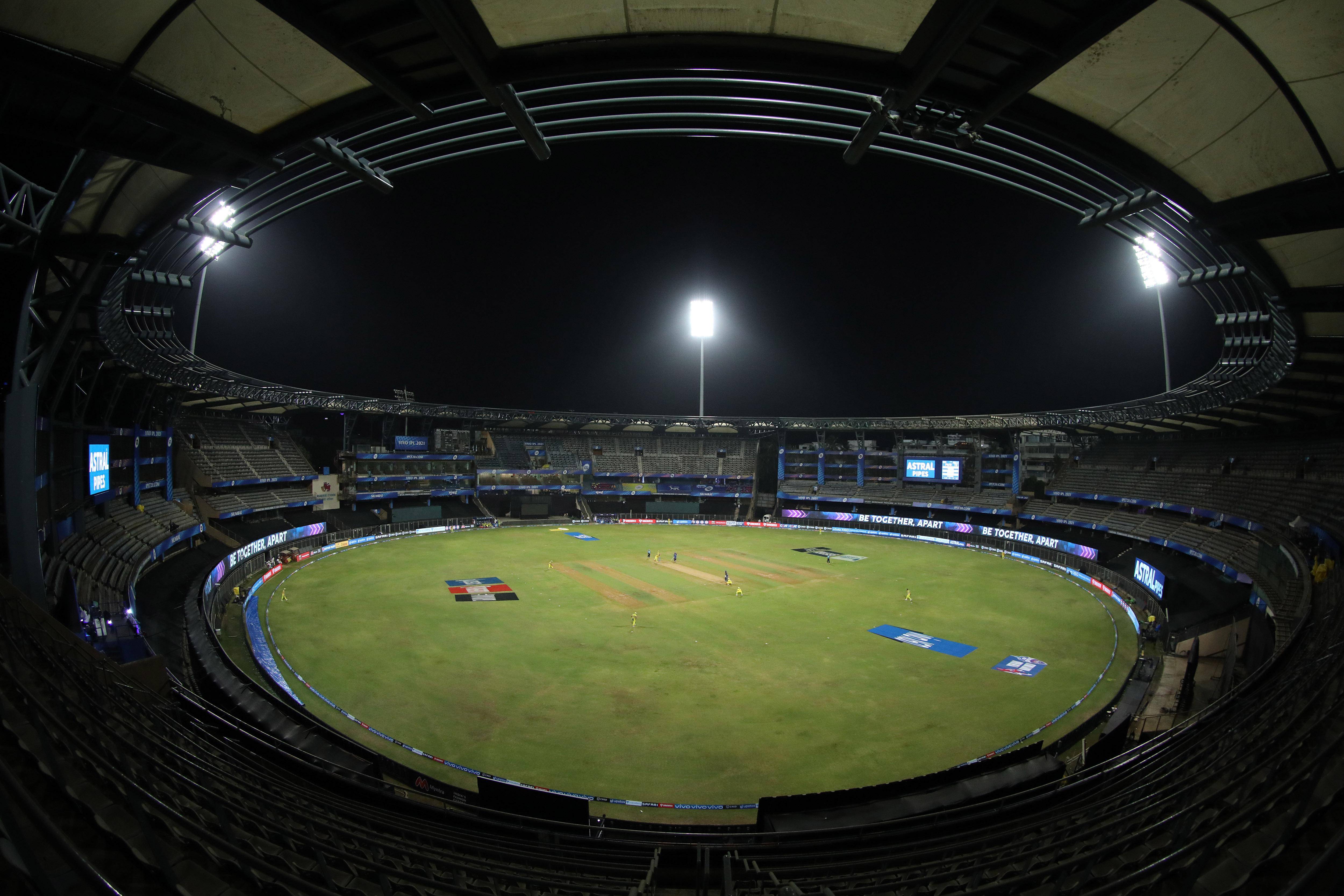 A general view of the Wankhede Stadium in Mumbai. (BCCI)


The remainder of the coronavirus-hit Indian Premier League (IPL) could be played in Mumbai following bubble breaches in Delhi and Ahmedabad, local media reports said on Tuesday.

The Board of Control for Cricket in India is considering shifting the remaining 31 matches of the league to the western city, they said.

Monday’s match in Ahmedabad had to be rescheduled after two Kolkata Knight Riders players tested positive for Covid-19 while three non-playing members of the Chennai Super Kings franchise have also contracted the virus in Delhi.

India’s tally of coronavirus infections surged past 20 million on Tuesday, following 357,229 new cases over the last 24 hours, as the country battles a devastating second wave.

BCCI president Sourav Ganguly and IPL chairman Brijesh Patel did not respond to Reuters calls seeking confirmation but Mumbai could be the organisers’ best bet to salvage the tournament, with three stadiums in and around the city.

The organisers in Delhi did not confirm if games will go ahead when asked if the Indian capital would host its remaining four IPL matches, including the one between the league’s Mumbai and Hyderabad franchises later on Tuesday.

The president of the Delhi and District Cricket Association (DDCA), Rohan Jaitley, asked Reuters to direct the query to the league authorities instead.

Though it is being played in a bio-secure bubble without spectators, the league has faced fierce social media criticism for continuing in the midst of the pandemic.

Australia has since banned all arrivals from India until May 15.

The players’ union would talk to the Australian government on the players’ travel plans once the league finished on May 30, ACA chief executive Todd Greenberg told Radio 2GB.

A New Zealand Cricket representative said the board was keeping an eye on the “fluid situation” in India where nearly a dozen of their players are busy playing in the league.

“None have requested they come home yet but we’re continuing to monitor developments,” the representative told New Zealand Herald.