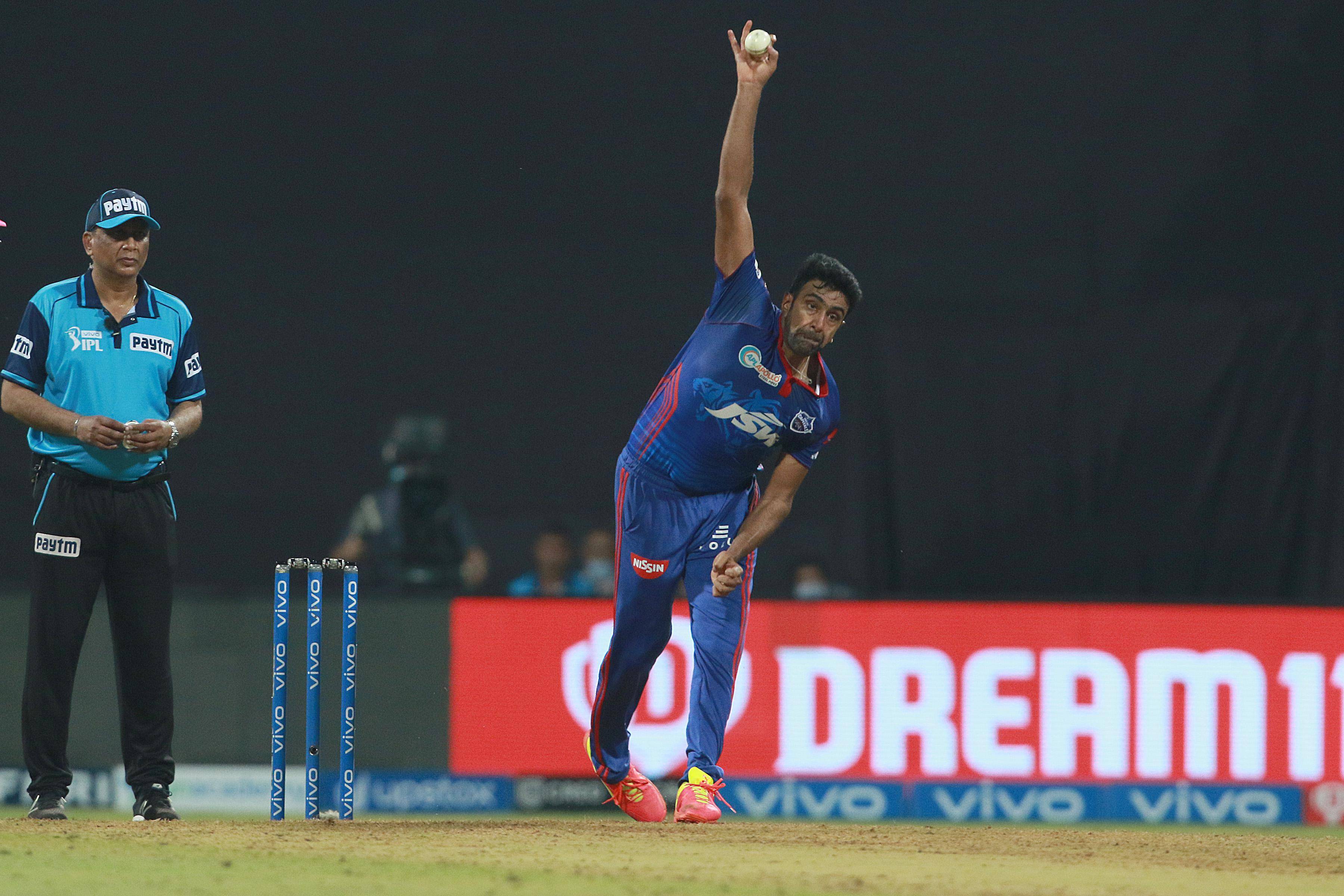 Ravichandran Ashwin of Delhi Capitals bowls during the match against Rajasthan Royals. (BCCI)


Not giving off-spinner Ravichandran Ashwin his full quota of overs was 'probably a mistake', Delhi Capitals coach Ricky Ponting conceded after his side went down by three wickets in the IPL clash against Rajasthan Royals.

Ashwin conceded just 14 runs and no boundaries in his three overs after being brought in following the powerplay on Thursday night when DC were defending a modest 148.

With two left-handers -- David Miller (62) and Rahul Tewatia (19) -- in the middle, new skipper Rishabh Pant introduced Marcus Stoinis in the attack instead of continuing with Ashwin in the 13th over.

The Australian conceded 15 runs which included three fours, taking RR from 58/5 to 73/5 to effectively shift the momentum.

“That's certainly something that we will talk about when I get a chance to sit down with the team. He had bowled beautifully. Three overs, none for 14. Hadn't even conceded a boundary,” Ponting said in the virtual press conference.

“He had a disappointing game in game one, but he has worked really hard in the last few days to make sure he adjusted and got things right in this game.

“I thought he bowled beautifully tonight. Probably a mistake on our behalf, and something we will be talking about later on.”

The Royals needed 58 from the last five overs. Morris smashed four sixes in the last two overs during his quick-fire 18-ball 36 to take the team home with two balls to spare.

“The length wasn't quite where it needed to be. If you look at the replay of the game, if you bowled a reasonable yorker, he didn't score off them.

“If it was back of a length, sort of, above stump high, he didn't get hold of them either, especially with pace on the ball. We talked about how to bowl to him, but the execution probably wasn't there.”

Ponting said dew was a factor in the second innings as bowlers found it difficult to grip the ball.

“The other thing you have got to factor in is just how wet and how dewy the ball was in the second innings of the game,” Ponting said.

“It wasn't easy for the bowlers to grip. You could see it at the end there. There were a few full tosses that fast bowlers bowled with the ball slipping out of their hand a little bit.

“That's part and parcel of IPL cricket. We knew coming here that there will be a little bit of dew in the second half of the game. And we didn't adapt, and we didn't execute as well as we could have tonight.”

The former Australian skipper said errors in the last four overs cost them the match.

“Till around the 13th-over mark in our bowling innings, the second innings of the game, everything was going according to plan. We made a few errors coming in the last four or five overs of the game.

“When you are a little bit off against any team in the IPL, just bowl a couple of bad balls or just a couple of those here and there, it is quite often the difference in the outcome. We didn't get things right at the back end tonight.”

Ponting was impressed with pacer Avesh Khan's performance in the last two games.

“He has been ultra-impressive. Physically he has lost a bit of weight. He is bowling faster, his action is better, his line and length, variations have been excellent,” he said.

The 24-year-old has provided early breakthroughs, claiming five wickets so far in the two games “He has grabbed his opportunities with both hands. Spending time with the Indian team ahead of the IPL has helped him. He is has been a real find for us.”

Delhi Capitals will next play against Punjab Kings on Sunday in Mumbai.