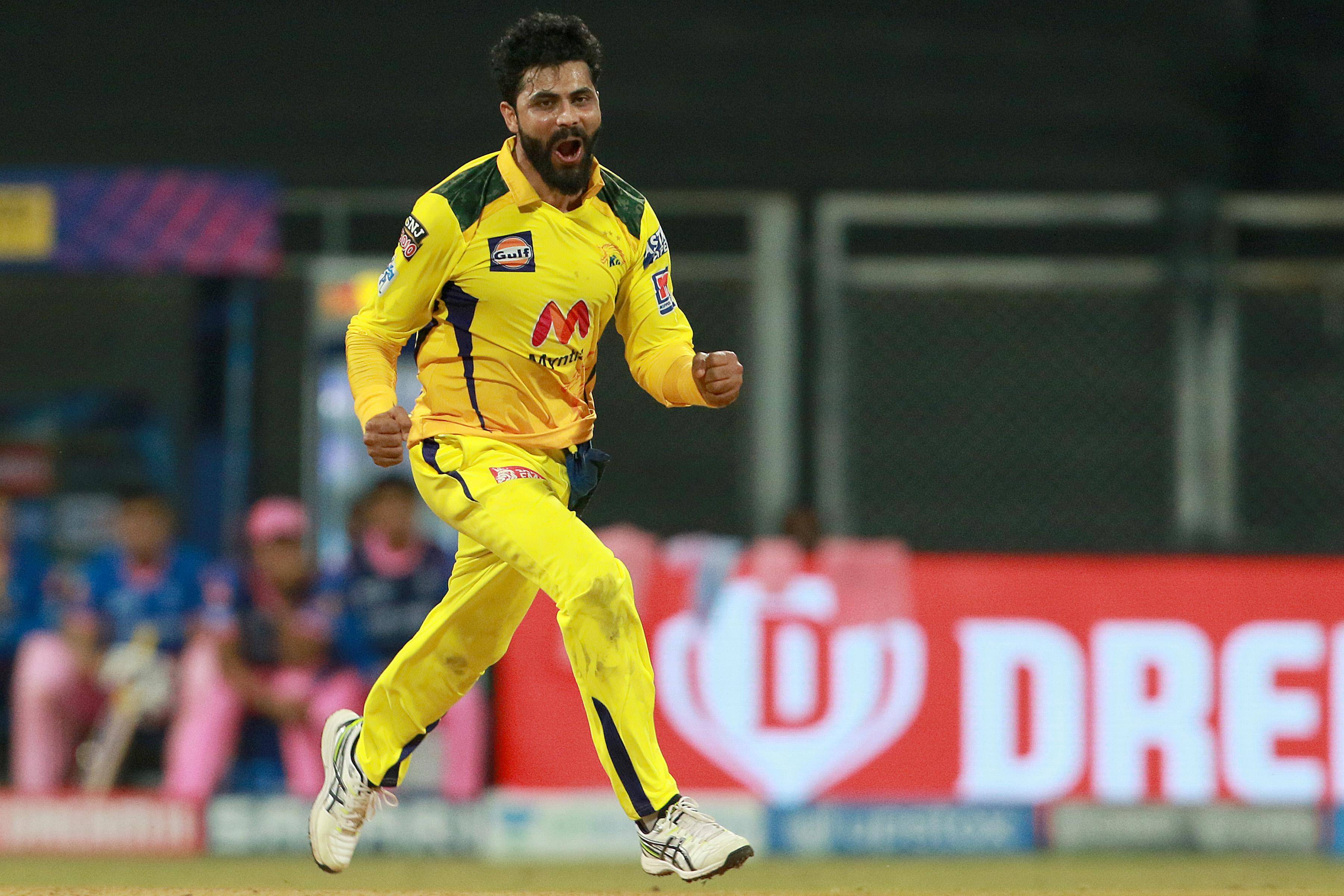 
When the ball started gripping and turning at the start of the second half of the Rajasthan Royals innings with Ravindra Jadeja hitting a purple patch, it was the beginning of the end for the team from the Indian desert.

It was not a mere batting collapse.

Rather, it was a reminder for the rest of the teams in the Indian Premier League (IPL) that there’s still gas left in the Chennai Super Kings’ tank.

The resounding 45-run win at the Wankhede Stadium in Mumbai has now injected more life into the Chennai squad that thrashed Punjab Kings in the previous game on the back of some impressive swing bowling from Deepak Chahar.

On Monday, there was no hint of swing from the Chennai pace bowlers as Jos Buttler (49, 35 balls, 5 fours, 2 sixes) kept them the Royals in the hunt.

After being twice reverse swept by the murderous England batsman in his first over for two fours, Jadeja (2/28) turned Chennai fortunes around in the 12th over of the innings with a ball that turned away from the right hander before rattling the stumps.

Five balls later, Jadeja had Shivam Dube (17, 20 balls) plumb in front of the wicket to set up the stage for an off-spin assault from Moeen Ali (3/7).

Moeen used his turn and flight to tease the batsmen as David Miller (2), Riyan Parag (3) and Chris Morris (0) fell like ninepins.

The Royals eventually crawled to 143 for nine in 20 overs, with Jaydev Unadkat (24) and Rahul Tewatia (20) saving them from further embarrassment.

“I think it was a good score to chase down, but we lost too many wickets in the middle,” Royals captain Sanju Samson admitted after the match.

Chennai captain MD Dhoni, on the other hand, said he was confident of getting the breakthrough even when Buttler was threatening to take the game away.

Earlier, the Royals bowlers staged an impressive fightback, but Chennai still managed to post a challenging total of 188 for nine.

But the impressive Chetan Sakariya (3/36) brought the Royals back into the contest by dismissing Rayudu and Raina in the space of three balls in the 14th over of the innings.

Using his variations and a nagging line, the young Sakariya outfoxed the two hugely experienced batsmen, with both players failing to find the sweet spot of their bats while going for big shots.

The two quick wickets lifted Rajasthan’s spirit as Dhoni (18, 17 balls) and Jadeja (8) struggled for fluency in the next three overs.

But Morris had his compatriot in the deep with Parag taking the first of his three catches of the evening.

It was one of those frustrating days for the batsmen as, barring Du Plessis, none of the CSK players reached 30s.

It was the veteran West Indian Dwayne Bravo (20 not out, 8 balls, 2 fours, 1 six) that played crisp shots in the death, giving Chennai bowlers a total that they eventually found easy to defend.