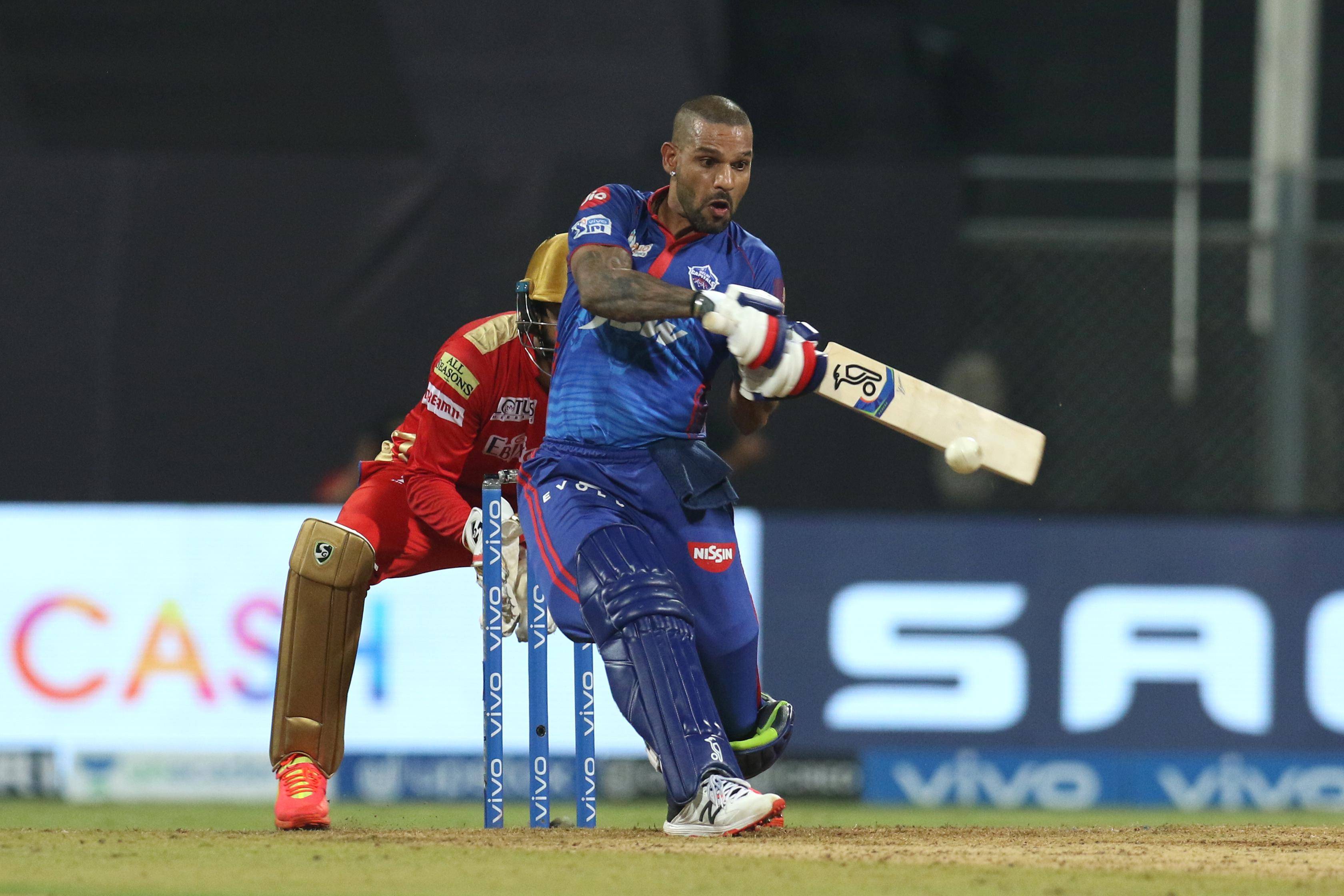 Shikhar Dhawan of the Delhi Capitals plays a shot against Punjab Kings. (BCCI)

Dhawan, who smashed back-to-back hundreds in the IPL last season, is no more a certainty in India's T20 playing XI


Shikhar Dhawan smashed a match-winning 92 off 49 balls against Punjab Kings on Sunday and the southpaw said he made a conscious effort to improve his strike rate during the knock.

Dhawan, who smashed back-to-back hundreds in the IPL last season, is no more a certainty in India's T20 playing XI and is competing for an opening slot alongside Rohit Sharma in the World Cup later this year.

"It was a conscious effort from my side. I knew I have to improve on that (strike rate). Started taking more risks. Not afraid of changes, always open towards it. Not scared of getting out as well," said Dhawan, who batted at a strike rate of 187.86, after the six-wicket win over Punjab Kings.

The left-hander said he has also been working on his stroke play.

"I have worked on a few shots. My slog shot has improved a lot. It was there earlier as well, but now I play it more freely. I'm more relaxed, having played for so many years. I don't take things for granted."

"Coming from a loss, winning the next match was important. Have already started enjoying captaincy. But we were under pressure at the start, the wicket was not doing much," he said.

"Bowlers did a good job keeping them to 195. He (Dhawan) has a lot of experience. You can to talk to him about anything, how we can set the field, there are many stuff you can talk about. End of the day, what he's giving to the team is commendable," Pant said.

Punjab skipper K L Rahul, who turned 29 on Sunday, said they put up a decent total but defending at Wankhede is always tough.

"Right now it looks 10-15 runs short, but I think 190-odd looked good. Me and Mayank thought 180-190 would have been great on this wicket. Shikhar batted well, so congratulations to them," he said.

"When we come to Wankhede, bowling second is always a challenge. We prepare for such conditions. It does get difficult against these quality batters. I'm not saying that because I'm on the losing side," he said.

"Bowlers try to bowl with the wet ball, but it's always difficult to do that. I asked the umpires to change the ball a couple of times (as it was wet), but the rule book doesn't allow that," Rahul said.